I am trying to incorporate a Buck-Boost DC-DC converter into my design using the LTC3534 and I cannot seem to get it working.

Below I will post images of the datasheet recommended design, my implementation and also my PCB design files (top and bottom layer) although it is pretty hard to read.

I have prior tested the board without the output capacitor C22 mounted on the board. (I forgot to solder it) Could have this damaged the IC?

Lastly, is it possible that my inductor is saturating, as it is rated at 2.4A@100kHz and the circuit operates at 1MHz (In my opinion this does not matter as I used no load so the current through it is a minimum)? This is the inductor used.

I have also tried another board with no current limiting and it drew a lot of current until one of the pins connected to the inductor became shorted to ground and the IC became toast. 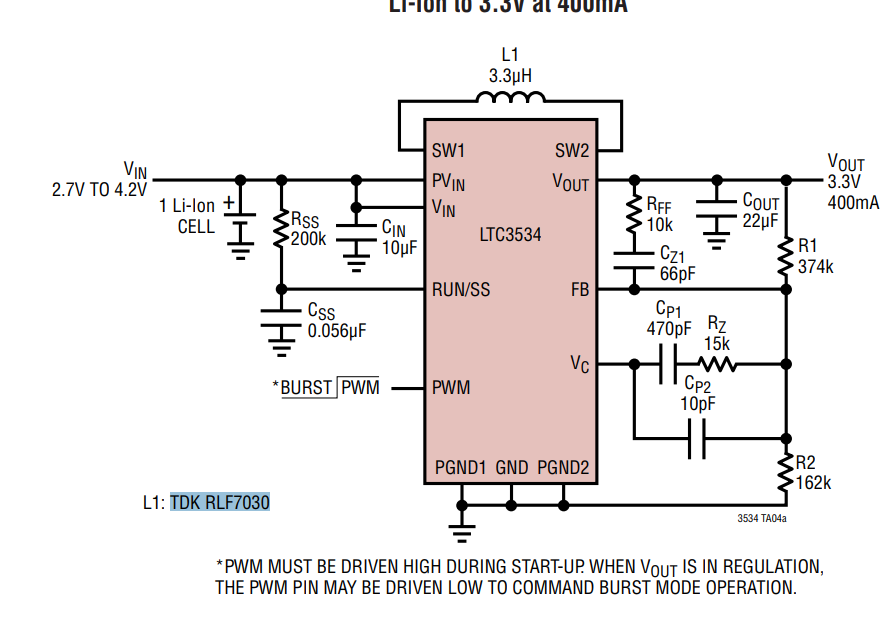 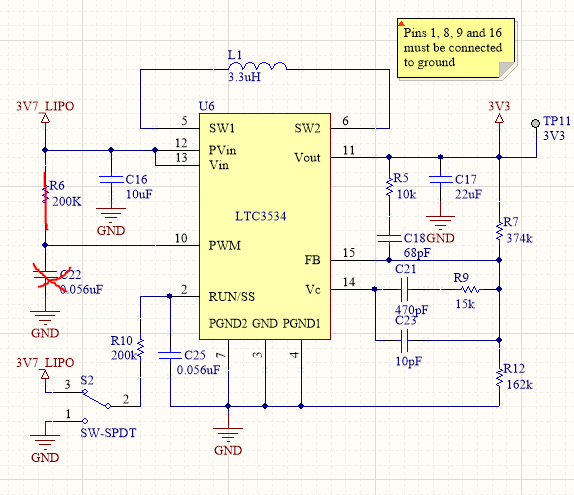 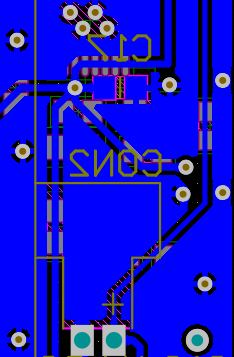 I have prior tested the board without the output capacitor C22 mounted on the board. (I forgot to solder it) Could have this damaged the IC?

Yes, this could damage the device because the inductor current/energy has nowhere to "dump" and it will generate a fairly sizable peak voltage. Difficult to be exact.

With no load, the device MUST operate in burst mode control, You have PWM mode set to prevent burst mode and this is a likely problem. If load currents are less than 1 mA you must run in burst mode - see the top 2 graphs on page 4 of the data sheet.

However, I think the main issue is running it without the output capacitor.

Not the answer you're looking for? Browse other questions tagged buck-boost or ask your own question.