Level-shifter messing with other voltage rails

I have a problem that may lead to deeper problems very soon. I have a board with two isolated DC-DC regulators (for 3V3 and 5V): 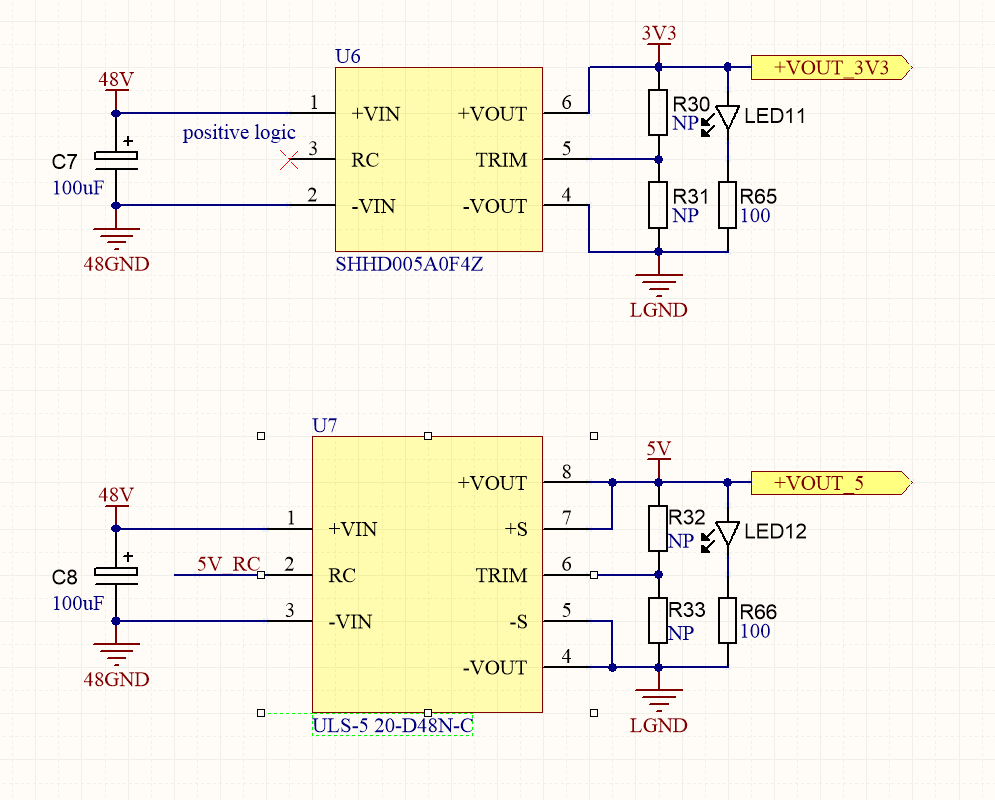 The outputs share a common ground, as seen. Both regulators have an LED on their respective output rails.

I believe that this is caused by some level-shifter circuitry: 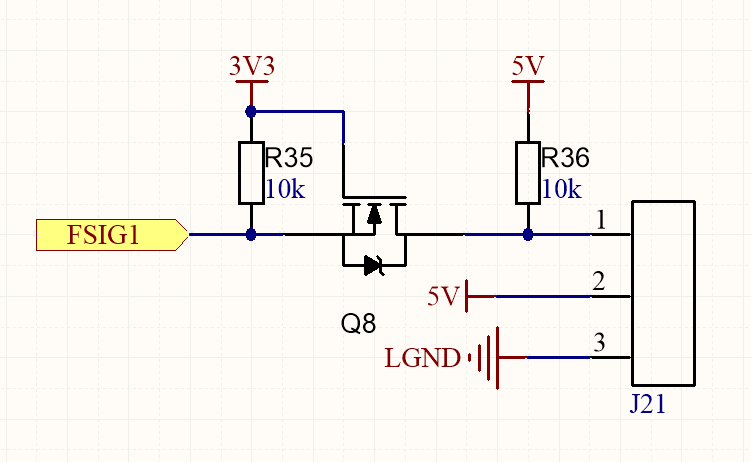 It explains this behaviour I suppose.

The reason it is 1.2k is because there are six of these level-shifters on the board. The parallel configuration of six 10k resistors more or less conforms to this.

I suppose it's not going to be an issue since the current is limited by the resistor. Is there anything I should be concerned about in terms of the regulators themselves?

NOTE: The regulators have NOT been populated yet. I am simply powering the pads externally.

You would not be having these problems if you used a level-shifter IC such as this one (SN74LVC1T45):

As well as properly handling the translation and isolation functions, it is considerably faster than the sluggish pullup of the transistor method (sub 16ns in most cases, with a 15pF load). 10K and 15pF has a 150ns time constant.

From FSIG high signals and, where FSIG is in high impedance, through R1 the power is going through the forward biased zenner where it looses ~0.6V then through internal protection diode of the 5V circuit (also through R2) where it loses another ~0.6V to the 5V rail. Around 2.1V are on the LED and R3, enough to light up.

Dangerous? Not quite, CMOS outputs are resilient to some short overdriving, we are talking about hundreds of ms at most, if you didn't fried anything by now it's very unlikely to happen when both regulators are starting almost together.

If still uncertain put some limiting resistor on pin 1. Tough , in your place, I woudn't bother.

Not the answer you're looking for? Browse other questions tagged dc-dc-converter or ask your own question.

0
Transmit high current with low voltage on a lightweight system
28
Reducing voltage with resistors
0
Supply microcontroller and solenoid with the same battery at different voltage levels
1
Is it feasible to chain high voltage dc boost converters together to get bipolar (dual) output rails?
0
Voltage regulation with a constant power
4
Flyback Converter Capacitor Value selection with given ripple voltage limit
0
EV Car's battery voltage and charging with solar panel
2
Why does voltage change with load in buck/boost converters?
0
DC/DC converter with LM25085A and FDC5614P is not converting voltage