Does anyone have the schematic for pulse generator by Terence Thomas, as described in Chapter 2 of his book Sound Synthesis (ISBN 9780830692767))?

I am trying to build the sequencer, on page 58 from chapter 6 of the same book, the schematic of which I found here on this post, of the thread, simple 8 step sequecer for SL (the mis-spelling/typo in the title is intentional). 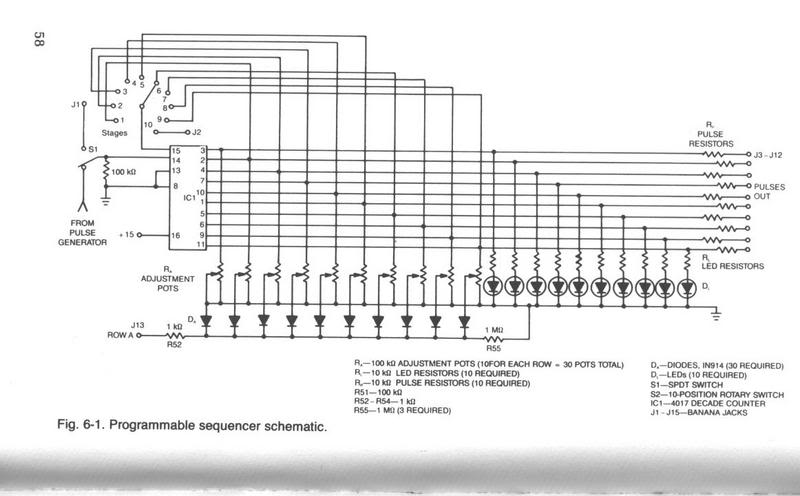 The following page (page 60), describes the oscillator used to provide a clock signal to the sequencer:

I have searched for over a week now, and whilst I have a general idea of the circuit, I am missing a few details1.

From a post, on Buchla 144 dual square wave oscillator DIY, it appears that the pulse generator referred to is a UJT relaxation oscillator:

This is a “Terrence Thomas” build, from his book, from years ago, that is very similar to a Buchla, but has a 2N2646 saw-relaxation oscillator and a TL071-schmitt trigger (square-wave), with a 2N2222, for pulse modulation. The book calls for a 741, which does not work for crap, with the poor slew-rate and overall bad performance. It is a really quirky oscillator.

So I now know that it is a UJT relaxation oscillator, most probably very similar to that which Terence Thomas has posted in Unusual Components and Applications by Terence Thomas (Negisters, Unijunction transistors, Precision Resistors, and Hall Effect Devices): 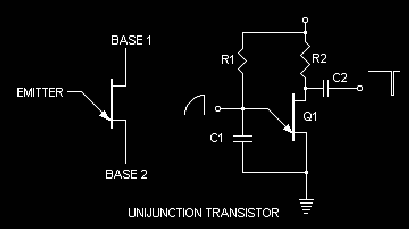 I could order the entire book from an online retailer, even though I only need one schematic from it, but it will take over a month to arrive, as I do not reside in the US. I have checked with my local area library/libraries, and second hand retailers, and they do not have the book available. There is not an e-book/PDF version of the book either.

Does anyone have a scan of the actual schematic, from chapter 2 of the book, or a re-created schematic in Eagle? Or even a complete schematic of the sequencer including the clock circuit, with the single step circuitry?

1 I found some addition information on these two posts (1 and 2), from Analog Sequencer. However, the schematic of the oscillator, although promised, was never posted.

I purchased the book, and got hold of the schematic: 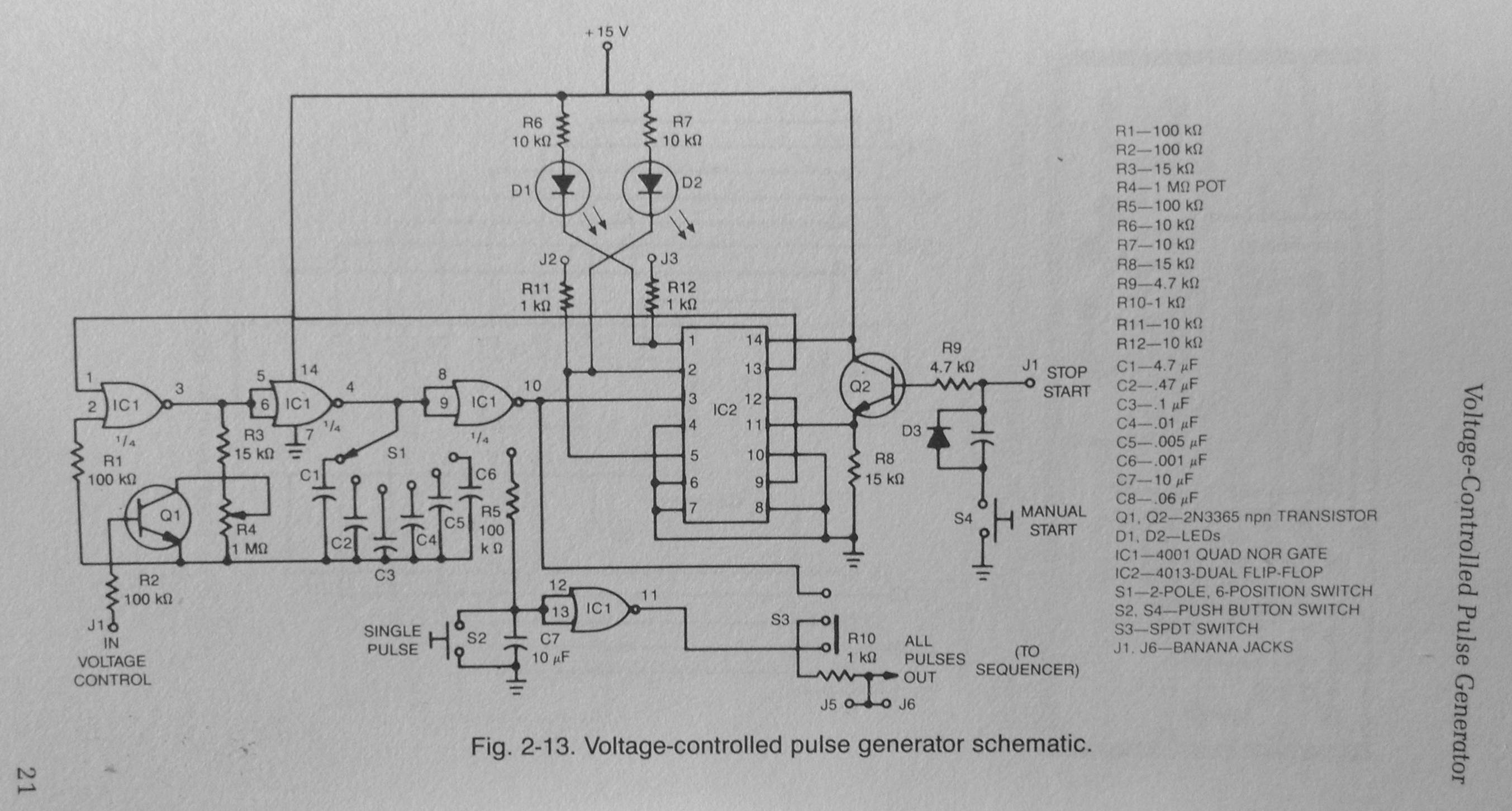 I have also made an Eagle schematic, TT_PulseGen_V1.0.sch.

Not the answer you're looking for? Browse other questions tagged oscillator schematics or ask your own question.