Identification of a part on a power line's lightning arrester

I recently spotted an arrangement of wires on a lightning arrester on top of a power line. The power line is IIRC a 110 kV, 16.7 Hz, two phase line for railway systems.

The lightning arrester is of a linear type on top of the power line arrangement.

The helices seem to be fixed to the arrester just by their winding radius at the outer ends.

It might be that these devices may perform a similar task as a stockbridge damper, but this doesn't explain why only the lightning arrester is equipped with them.

There were three or four of these mysterious wire couples between two power poles.

On the picture you can see the lightning arrester on top with one of these arrangements and one power line (much thicker) below.

What could be the purpose of these devices? 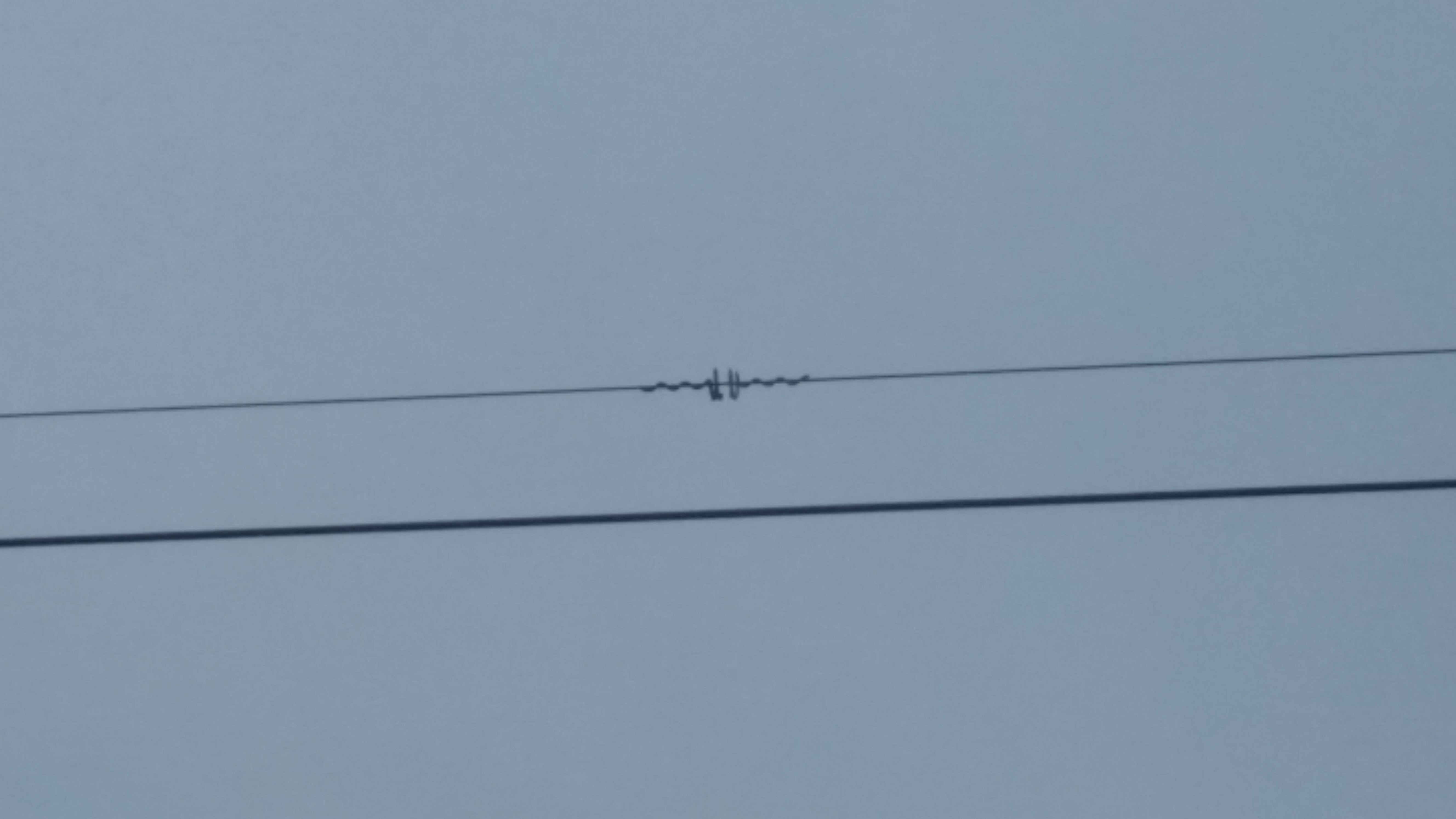 These devices appear to be for gallop arresting. Long wire/cables (even structures) are subject to high-amplitude, low frequency vibrations that can cause self-destruction. These vibrations occur in the presence of generally gentle winds of just the right velocity.

Factors such as the cable length, material, jacketing can affect its sensitivity to this affect.

My guess, in your case, was the engineering analysis indicated the lightning arresting cable was of a design that was subject to this gallop effect, while the power lines were not.

I do not believe those are lightning surge arresters. Typically surge arresters will be placed near equipment or dead end structures, not in the middle of a transmission line.

At first glance they look like helical vibration dampers to reduce aeolian vibration but these are usually near the towers, not in the center of the line. It also looks like they are anti-corona rings. Although I have not seen them without weights which I can't see in your photo, nor have I seen them connected back to back or in the middle of the line. So I would rule both of those out.

Since they appear in your picture to be in the center of the line (between towers), they do not have weights, and there are several of them, I believe they are actually bird flight diverters. They are very similar to these here: Previous SE Question.

It looks like yours may be the half type connected back to back, similar to the following image: 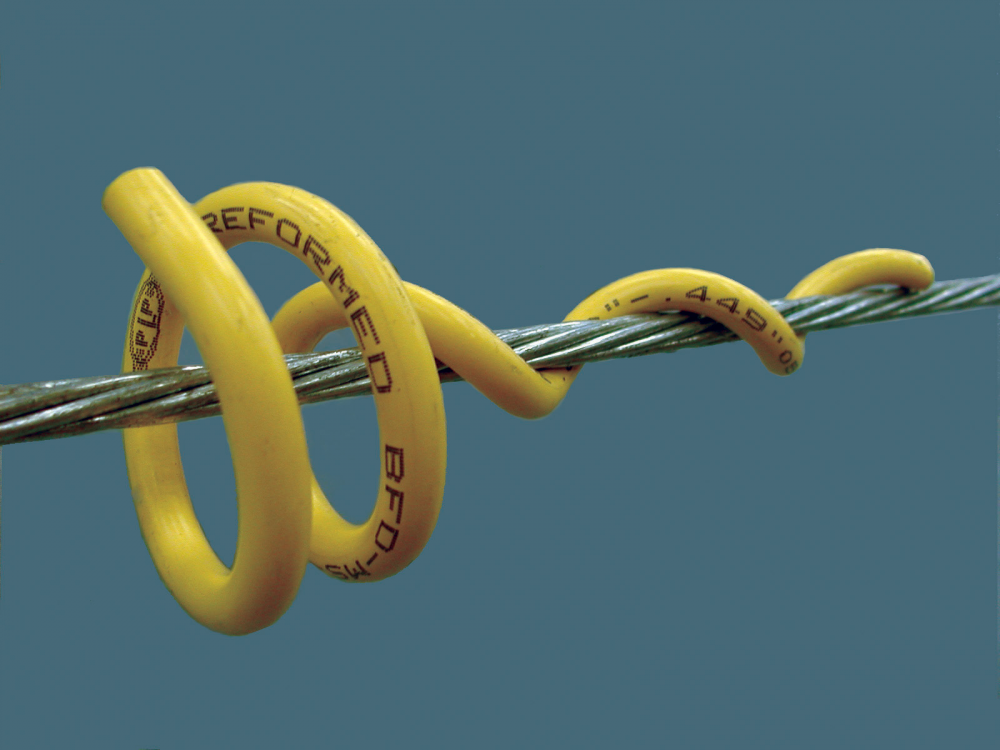 Not the answer you're looking for? Browse other questions tagged high-voltage power-engineering high-power power-grid lightning or ask your own question.

8
What are these coils on transmission lines?