From how wide a range of angles can a grid of dipole antennas efficiently receive a power beam?

This paper on solar power satellite concepts makes brief reference to the ground receiver receiving an elliptical beam due to the angle it is at to the transmitter (2nd paragraph). The angle isn't that steep, some 35 degrees, and it would always receive from the same direction, so the dipole antennas could be spaced ideally.

In looking at power beaming in a similar fashion for the Moon*, the solar power satellites would move relative to the ground station, and so it would have to be able to efficiently receive power from a range of angles when the satellite was in range, and the angle would continuously change. Over what range of angles can a large grid of dipole antennas covering the ground be efficient this way?

* I'd appreciate not getting into whether space solar power is a good idea. This is for a work of hard science fiction, I'm just trying to draft the system correctly.

For example, the dipole has the following directivity pattern: 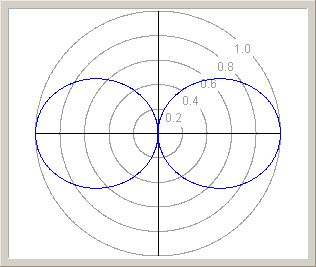 If you imagine that dipole to extent vertically in the center of this image, you can see that the maximum amount of energy transmitted (or captured, if used in receive direction) is perpendicular to the dipole's length.

Now, you'd really want that main lobe to point in the direction of your source – otherwise, energy will just be lost. While you could certainly go and rotate your dipoles, you could also do what's been pretty standard in many high-power radar applications:

Since I find this easier to understand when talking about transmitting antennas, I'll explain it as if we're sending power from base station to satellite – since everything (antenna, propagation) involved here works reciprocally, it directly applies to receiving power just as well.

You might have heard of the Huygens-Fresnel Principle. The idea is that if you've got a wave front, then you can model every point on that wave front as a source of "elemental" waves, extending in a perfectly circular fashion. Only the superposition of all these means that the wave front propagates in a straight line; in essence, they constructively interfere in that direction, and cancel out perpendicularly to that direction.

Now, let's revert that idea. If all we have to do to create a wavefront going in a specific direction is to generate elemental waves that are offset in time in such a manner that the ones closer to the direction we want to steer in are just enough set off in time that the beam "slants" toward them. This wikipedia image visualizes a phased array pretty nicely:

By Chetvorno - Own work, CC0, Link

All you need to have is adjustable phase delay elements for each dipole antenna (these are the \$\phi\$ boxes in the animation; \$\phi\$ is the commonly used letter for phase) and you can steer your angle \$\Theta\$ within wide boundaries, pretty much up to the point where the main beam is no longer perpendicular to your antenna array (which it would be if all the \$\phi\$ would be identical), but along the length of it.

As said, what works in transmit works in receive direction, too.

The question here really is how hard and expensive it'll be to build high-power, low-loss (because that's all heat that you'd need to get away - a problem in space), accurate phase shift units.

In the end, a large, mechanically adjustable, mesh dish antenna might be easier to realize, especially on the moon, where there's no storms against which that would need to be save against, as well as lower gravity. On the other hand, building an arbitrarily large array of dipoles can reduce the opening angle (and hence the efficiency in one specific direction) very very much (basically, the beam width as angle is antiproportional to the size of the array), and doesn't contain a single point of failure – so this might be a more scaleable solution!

Not the answer you're looking for? Browse other questions tagged power-engineering microwave transmission or ask your own question.

3
How exactly does the grid handle small deviations in power consumption?
4
How is solar power consumed before grid power
4
How to power grid suppliers control the voltage and frequency?
0
How is the amount of outgoing power controlled in a grid tie inverter?
0
How do appliances prefer to use my solar power from a grid-tie inverter over the power from the grid?
2
How is frequency measured in a power grid?