Art of Electronics, 3rd Ed, pg. 179, gives a model for the capacitive coupling between independent channels of an AD7510DI analog switch. The authors ask to calculate the coupling between channels given a 1 MHz signal applied to the input for the four combinations of either channel being on/off. The following figure shows a SPICE simulation of the circuit, where the signal is applied to Channel 1 and the output is taken across R2 on Channel 2, with Channel 2 input grounded (but retaining the 10k implied source impedance). In the figure, the Channel 1 is 'on' (75 Ohms) and Channel 2 is 'off' (1 Meg). 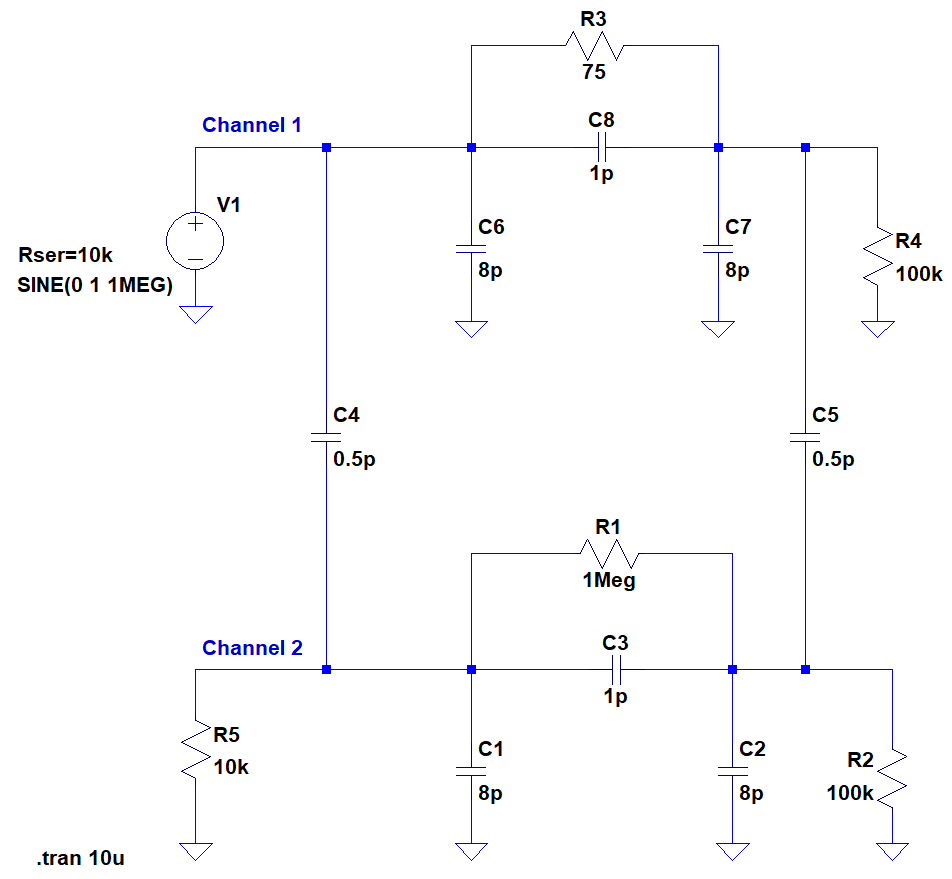 It's obvious why there is least coupling when both channels are off. What I don't understand is why there is significantly more coupling when Channel 1 is on and Channel 2 is off (-29 dB) compared to the opposite situation (-34 dB). I would have thought the situations would be quite similar. I'm also confused about why both channels on gives less coupling (-31 dB) than having Channel 2 off (-29 dB).

It's normal to be so. Here is the equivalent resistance circuit @1MHz: 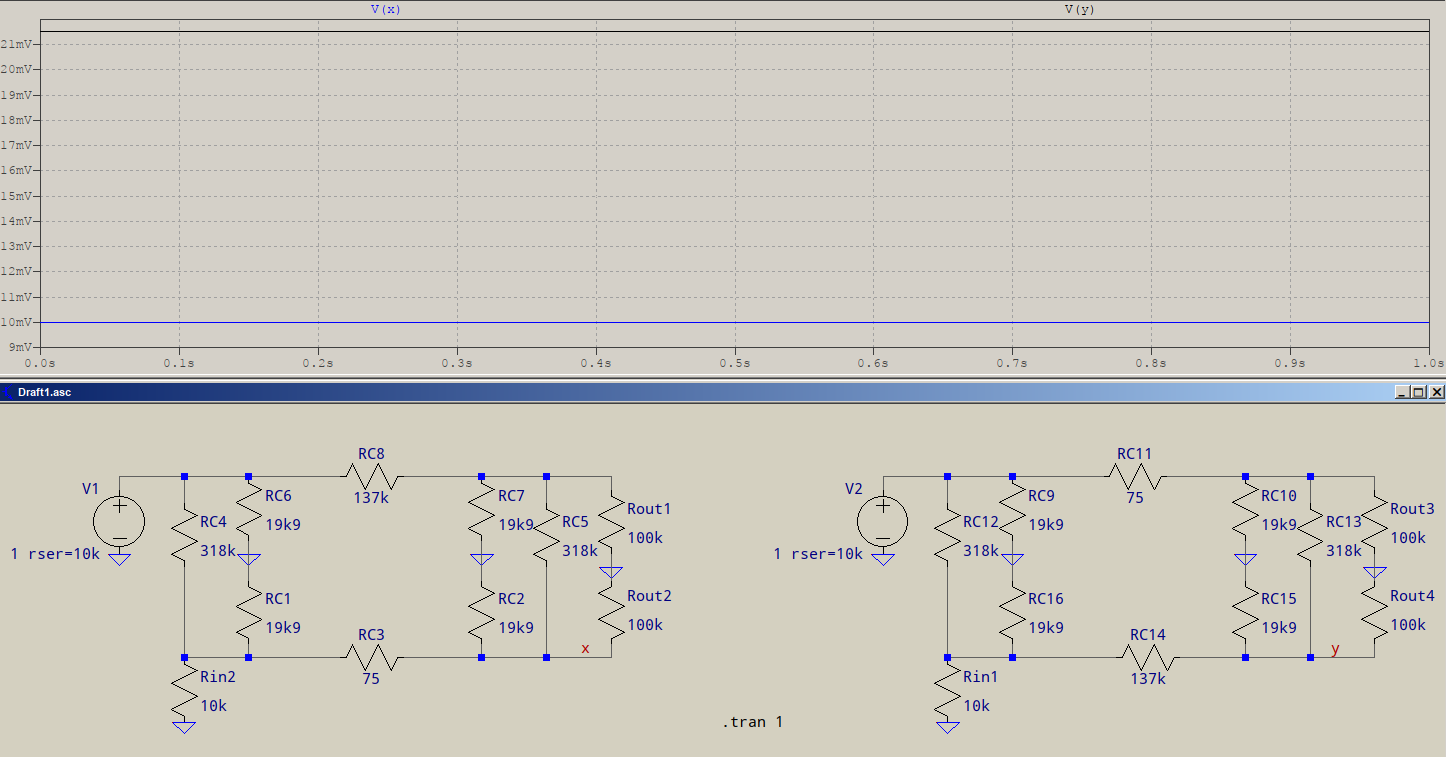 For trustable modeling, you need to include the inductance (start with 10nH) in the GND pins and the various (+10, -10) volt VDD supplies. These inductances mean the common rails ARE NOT QUIET.

Not the answer you're looking for? Browse other questions tagged switches coupling crosstalk or ask your own question.

2
Direct Coupling and No bias on JFET guitar preamp's
1
When and how is a protective diode applied to the collector of a transistor switch?
3
Switch (Relatively) High Voltage from Logic Level
0
Cable-to-cable crosstalk (Capacitative Coupling)
2
How to generate crosstalk between 2 wires?
0
Do wires need to share similar characteristics in order for crosstalk to occur?
1
Simplify switch network for dual-element heater
0
Crosstalk between AC and DC
2
Design of a motor SPDT switch that can be triggered by 5 V or 3.3 V digital output