Quadrature encoder has one synced edge and one phase-shifted edge, is this a special encoding scheme?

I am testing an inexpensive encoder and encountered a strange but consistent output pattern. In other encoders I've used, the A signal consistently has a 90 degree or -90 degree phase shift, depending on the rotation direction. Both rising and falling edges exhibit this phase shift.

I used an Arduino Uno to test the encoder. I've hooked up the encoder following the schematic below, as described in an article by Electro Schematics. 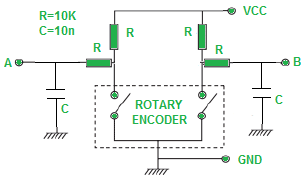 The encoder signals are attached to pins 6 and 7 (both non-interrupt pins). I am using the Teensy Encoder library to decode the encoder output. The library is only able to parse the encoder rotating in one direction (counterclockwise). If I substitute the encoder by one that has both signal edges phase-shifted, the output is parsed perfectly.

Now if the output were noisy, or if I only encountered this issue with a single encoder I would assume the encoder to be faulty. The output however is perfectly consistent and shows this pattern every time. Furthermore, I've ordered the encoder as a pack of 5, and all encoders show the exact same output. Even more, a while ago I encountered another encoder that shows the exact same output pattern as these ones. As the output is consistent, it is technically possible to decode the output signals.

Because of this, my question is whether this is intended functionality? Is this perhaps an encoding scheme different from quadrature encoding? Could this be an encoder intended for rotation in one direction only? Or did I receive 6 different encoders with the same manufacturing error where two contacts are not offset?

The images below show the two encoder types with the strange output. 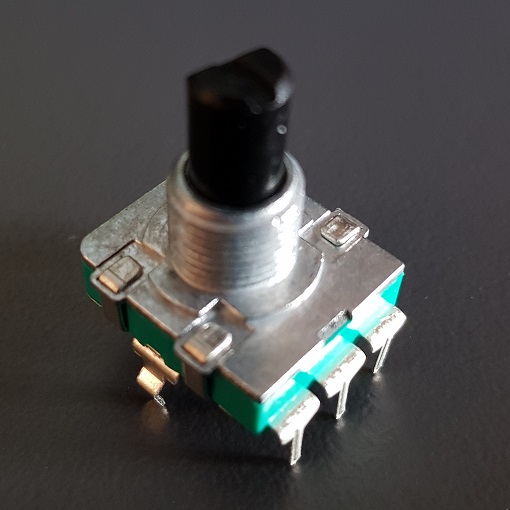 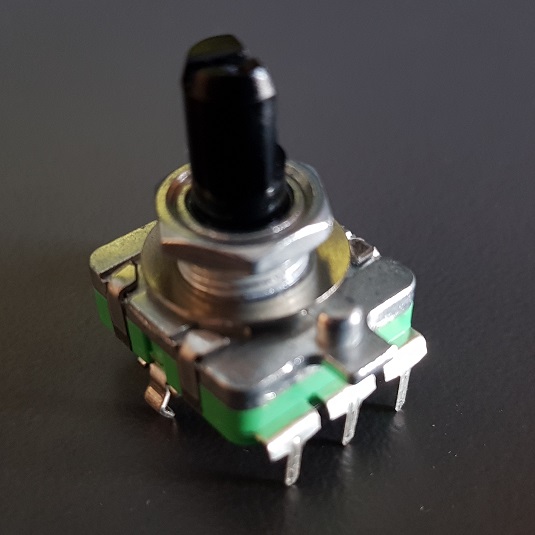 The following image is the encoder with normal quadrature output that I am able to decode. 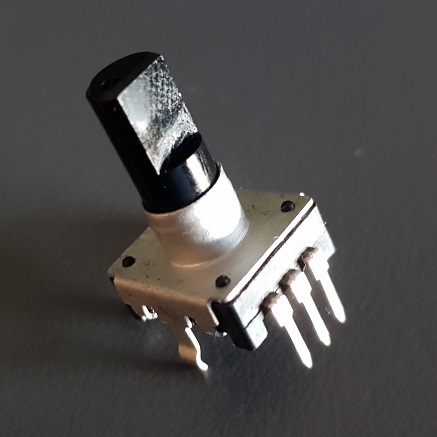 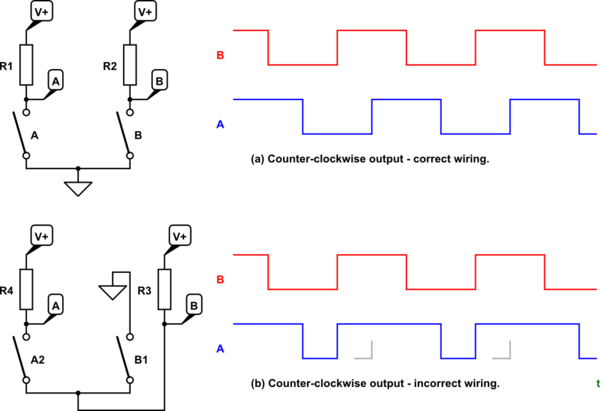 Figure 1. One way of generating the incorrect output.

With incorrect wiring 'A' can only pull low when the 'B' contact is closed.

Are you sure you have wired the encoder correctly. Note that the example from Electro Schematics shows that the centre pin is common.

A little late, but after noting the aliexpress page refers to it as an "EC16" rotary encoder, a little googling turns up the manufacturers details and a datasheet, in case anyone wants it:

There are some mechanical encoders that have the state of only one output guaranteed when the shaft is at a detent.

That is not a problem whatsoever if you design for it.