While reviewing cascode amplifiers, I found an image on Wikipedia of a MOSFET amplifier, which I reproduced here: 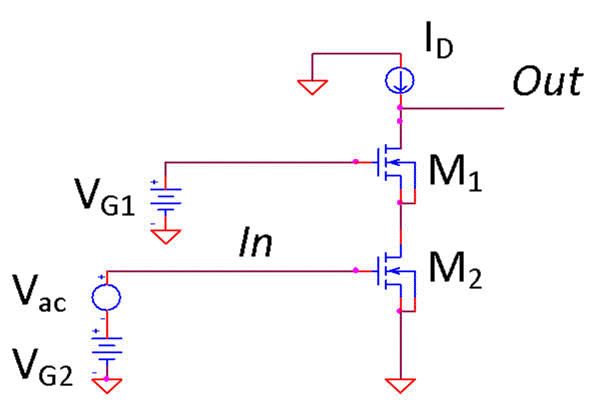 The image on Wikipedia has the following caption under the image:

Since each MOSFET transistor has gate (sic) and source connected, this configuration is valid only for discrete 3-terminal components.

First off, I assume the caption meant to say body instead of gate, but even with that correction, I don't see how the second half of that sentence follows from the first.

My question is: How important is it to specifically connect the body and source in each MOSFET in a cascode amplifier?

I can understand that w/ a 4-terminal discrete MOSFET, one can bias the body to enable the implicit BJT and diodes present in a MOSFET. But for an integrated circuit MOSFET, where the body is typically connected to ground for all transistors (and thus neither the body-source diode or implicit BJT would be enabled), how much of an effect would not connecting each transistor's source and body have on the amplifiers behavior, assuming the IC designed such that the shared body is always at a lower or equal voltage to each source terminal?

Would the body effect be significant in this case, as alluded to here?

If the body is at a lower voltage than the source, then you must consider body effect.

Perhaps I may be overthinking the Wikipedia caption (or maybe the advice applies to analog amplifiers in general), but I just want to be sure.

Wikipedia has labelled this particular diagram to distinguish it from the dual gate version. In this, a single transistor with two gates is used as a single component cascode. As there is only one body, so the effective source halfway up the channel will have a non-zero 'source'-body voltage.

It's one of those situations where what they've said is true, but not necessary. If you understand it, you don't need it. If you don't, it's confusing. You only need to delve down into the source-body voltage if you're doing very detailed circuit analysis, or doing design of the devices themselves.

I'll think about an edit to it, but after a while, so as not to disturb the present context of this question.

Not the answer you're looking for? Browse other questions tagged mosfet cascode or ask your own question.

60
MOSFET: Why the drain and source are different?

0
Why is a MOSFET in series with a power rail, with the gate connected to ground?
2
Turning an NMOS with substrate terminal into a PMOS
0
Is it sufficient to disconnect the negative terminal of a voltage source?
1
Increase low-frequency gain of a cascode amplifier
4
MOSFET Cascode: intuitive explanation
3
Reducing effect of MOSFET parasitic capacitance with resistor in series with gate
0
MOSFET cascode current