How to remove buzz from piezo speaker pickup?

I am using piezo speakers as pickup for my guitar. In one setup, for an amp, I have a 25 year old Philips powerhouse aw636 stereo, which has a mic in. The problem is that when I connect the piezo to the mic in on the stereo, there is a buzz, and it goes away if I touch the negative tip of the jack. A microphone from Philips works fine, without any hiss, but not the piezo by itself.

I was trying to remove the buzz/hiss from the setup using capacitors (trying to create grounding) but that never worked...

What can I do so that I don't have to connect my body to the jack -ve to remove the hiss?

The piezo pickups work fine without hiss when I connect them to the computer's mic in jack for amplification. The piezo in use a 35mm one.

One of the comments was an answer, that by Tony Stewart.

Use a large CM choke which balances the 2 wire impedance by raising CM Z while not raising differential Z. 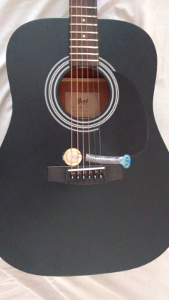 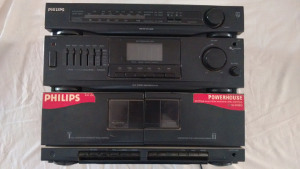 Not the answer you're looking for? Browse other questions tagged amplifier audio grounding piezo or ask your own question.