I am taking an analogue electronics course and have been given an assignment to create/develop a 64.5kHz Hartley oscillator using any 5V rail-to-rail operational amplifier. I am trying to design the circuit in simulation first before I build.

I will be using this circuit: 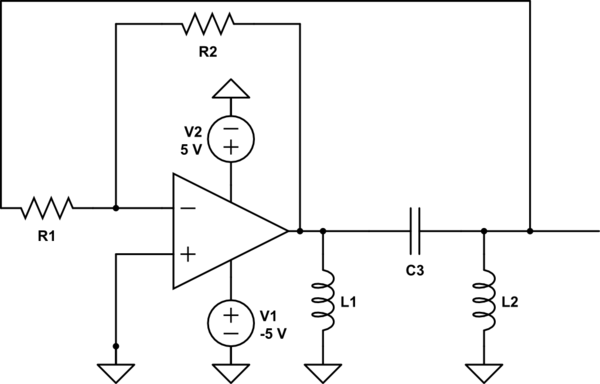 The design equations we have been given for the Hartley oscillator are:

I've simulated in LTspice using the circuit below giving it a quick pulse to get the oscillation going: 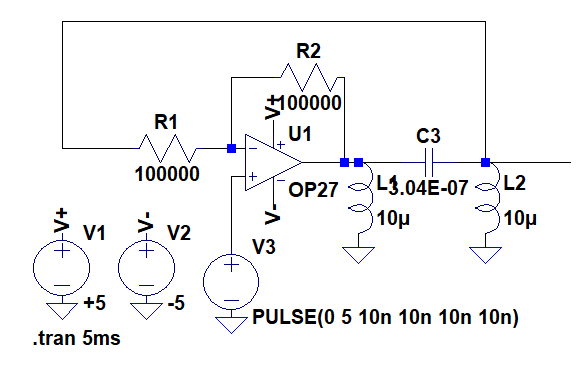 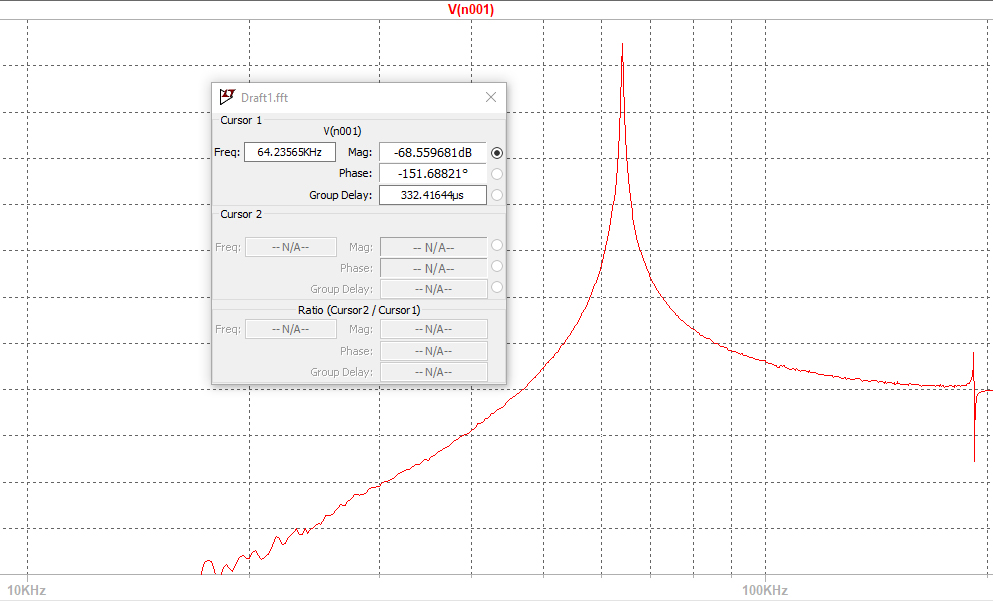 From this I observe that the oscillation frequency is very close (64.3kHz) but the response dies out very quickly and does not sustain. My understanding of oscillators is that I want the negative feedback to be equal to positive feedback to fulfill Barkhausens criteria in which the magnitude of the total feedback should be 1 and the phase shift 0. I am obviously missing something important. Any advice on getting this circuit to have a sustained oscillation would be greatly appreciated.

Based on the suggestions below I added an extra resistor between the output and resonant circuit and adjusted my gain. Re-simulating gave these results in LTspice. I've added three screenshots below from the simulation. The first is over 10ms, the second I have zoomed in when the oscillation stabilizes and the third is a frequency domain plot showing an impulse at 64.5kHz: 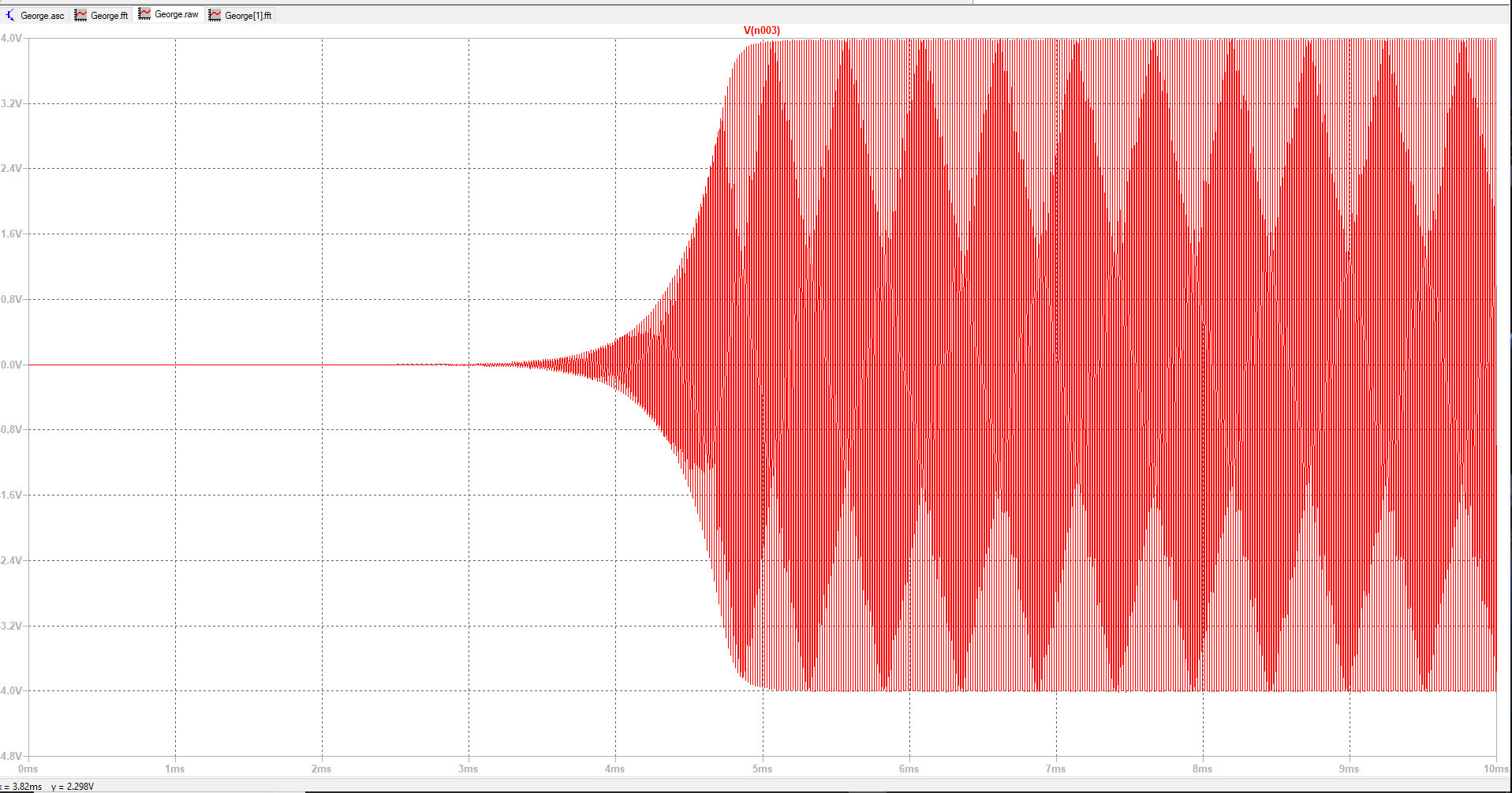 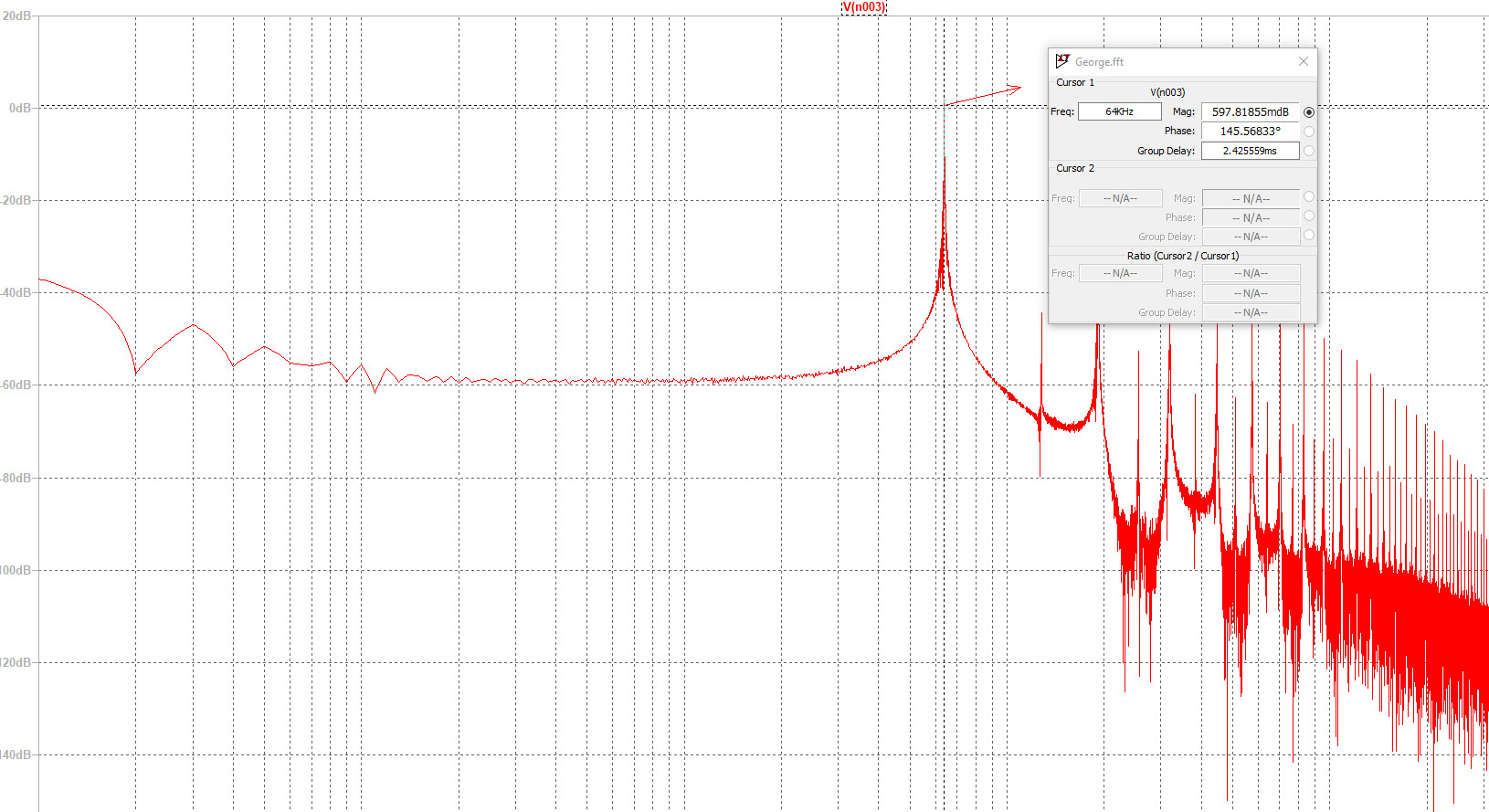 If that resistor is not present the very low output impedance of the op-amp will prevent enough phase shift occuring to cause predictable sustained oscillation. With a Hartley you have the same issue: - 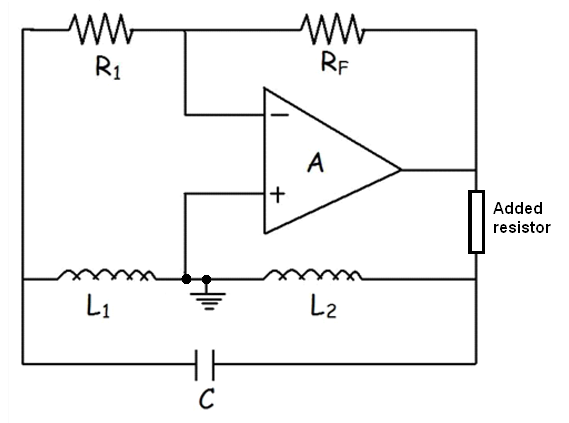 If you don't have that resistor it may oscillate but at the wrong frequency and only because of the delay through the op-amp is akin to adding phase shift. Here's the proof that for a BJT common collector colpitts oscillator you need "R" to get the right phase shift and this is exactly the same for a Hartley oscillator: - 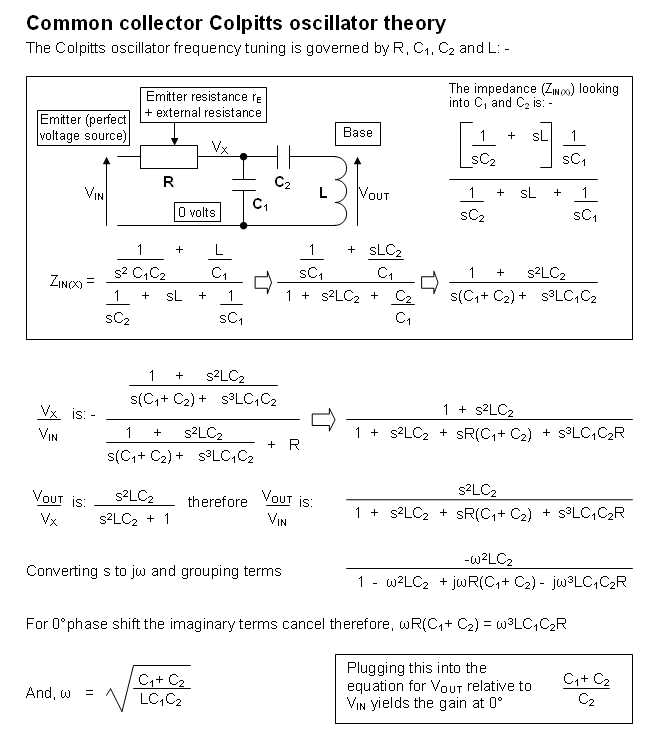 One final note - the Hartley oscillator DOES NOT need to have a coupled inductor despite what other have said.

And that "extra" resistor is also needed in Pierce crytal oscillators for precisely the same reason: - 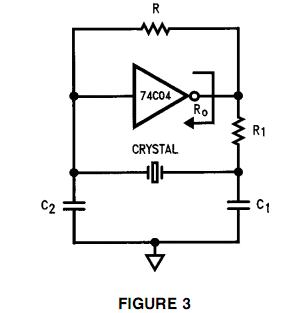 The resistor I'm talking about is R1 above - it adds extra phase shift that takes the overall phase shift past the 180 degrees point therefore there will always be a frequency where precisely 180 degrees is formed and this is the frequency that the oscillator will run at.

This question and my answer show how the phase shift may not be quite enough without the series resistor feeding capacitor C1 and the crystal.

You need to design the oscillator so that the loop gain is a little above 1 for small signals, so that oscillations will build up, and then somehow becomes unity at your desired amplitude.

There are three main ways of doing this with op-amps, from the crude to the ideal.

The crude. Let the amplifier saturate. While its output is sat on the rail, the gain is zero, so over one cycle, the gain will average out to less. The amplifier will spend the right amount of time saturated to average the gain to one. This will distort the output. Maybe not by much however, especially if the fixed gain is not too much above 1.

A problem with this method is that some amplifiers do funny things when saturated, and may take a long time to come out of saturation, so the results won't neccessarily be pretty.

A better version of this is to use back-to-back diodes across part of R2 to reduce the gain as they conduct. Perhaps a gain of 1.1 when they're off, and a gain of 0.9 when conducting. The amplitude will quickly settle on a level that averages the loop gain to 1. As nothing ever saturates, there's far less waveform distortion. As you design the two gain values closer together, the distortion decreases, but you have to be more accurate in setting them, to make sure you have one each side of unity.

The lowest distortion route is to use a gain control in the loop, perhaps a FET biassed into resistor mode driven by a level detector. A simpler technique is to use a thermally sensitive resistor in the feedback circuit, that changes the gain as its dissipation, so operating level, varies. A simple tungsten filament light bulb was often used for this purpose, though they need a fair bit of power, a bead thermistor is easier to drive. Distortion is very low at high frequency, but increases as the period of the signal becomes a significant fraction of the thermal time constant.

At 67KHz, the opamp has very low output impedance, and does not allow the tank circuit to ring; instead the opamp sucks energy out of the tank.

Add some large resistor from OpAmp output to the tank.

I only looked at the schematic, but L1 isn't doing anything useful. It's directly on the output of the opamp, which ideally has 0 impedance. Of course it doesn't, so the effect is unpredictable to that extent.

Get rid of L1. It's not doing what you think.

Not the answer you're looking for? Browse other questions tagged circuit-design oscillator or ask your own question.