How can I have one LED go on, when another goes off

I have a scenario where when one switched electrical path for example a tail light (LED #2) on a motorcycle is switched off, I want LED #1 to go on. When power is switched on to LED #2, then ground for LED #1 should be disconnected to shut the LED #1 off. So basically when the positive line for LED #2 becomes charged (turned on) I want to disconnect the ground or positive connection for LED #1 so it shuts off. 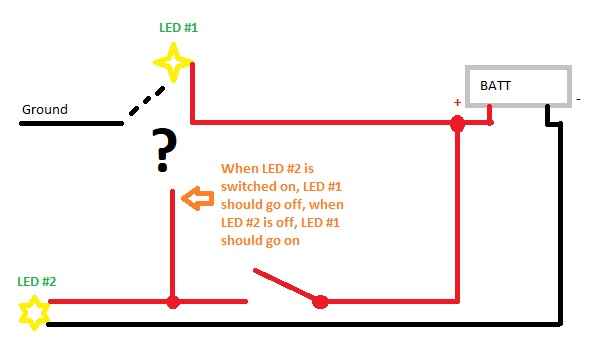 Thank you everyone for the help! Based on your feedback I think this diagram would work. LED #1 only turns on if LED #2 is off, correct? 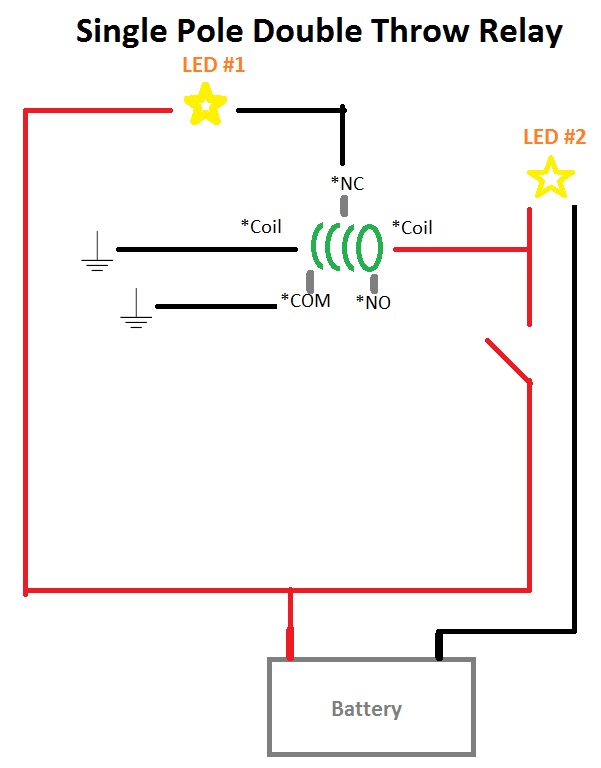 A regular spst relay would do what you want. It would have to be a normally closed type. A spdt or dpdt relay would work as well, ignoring the extra connectors.

Single-Pole-Double-Throw (SPDT) Switch, of the On-On Variant. You can also get On-Off-On which keep both LEDs off in the middle position. 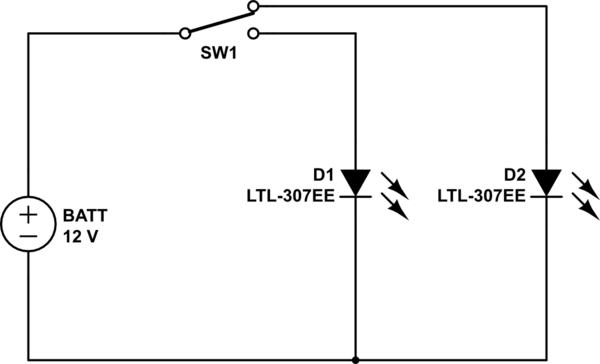 This can be achieved with a basic SPDT (Single Pole Double Throw) switch or relay.

Not the answer you're looking for? Browse other questions tagged switches relay switching or ask your own question.

4
Turning OFF the grill when the espresso maker is ON
0
Circuit with a main switch that powers on/off 4 different switches with LEDs
1
Circuit to switch off circuit "B" for 2-3 seconds when circuit "A" is switched off
0
latching with a timed relay
5
Power off arduino via software
1
How to use a relay to "lift" 12v ground of a two 12v battery system
0
Control relay with two devices, where one can override the other