What kind of protection do these Ethernet "surge protection" diodes provide?

I was considering a network run outside of my home, and purchased a super-cheap "Ethernet Lightning Protector" because there was little to lose, and I wanted to understand its workings. 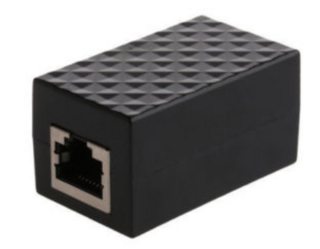 Below you can see the insides after I'd opened it: 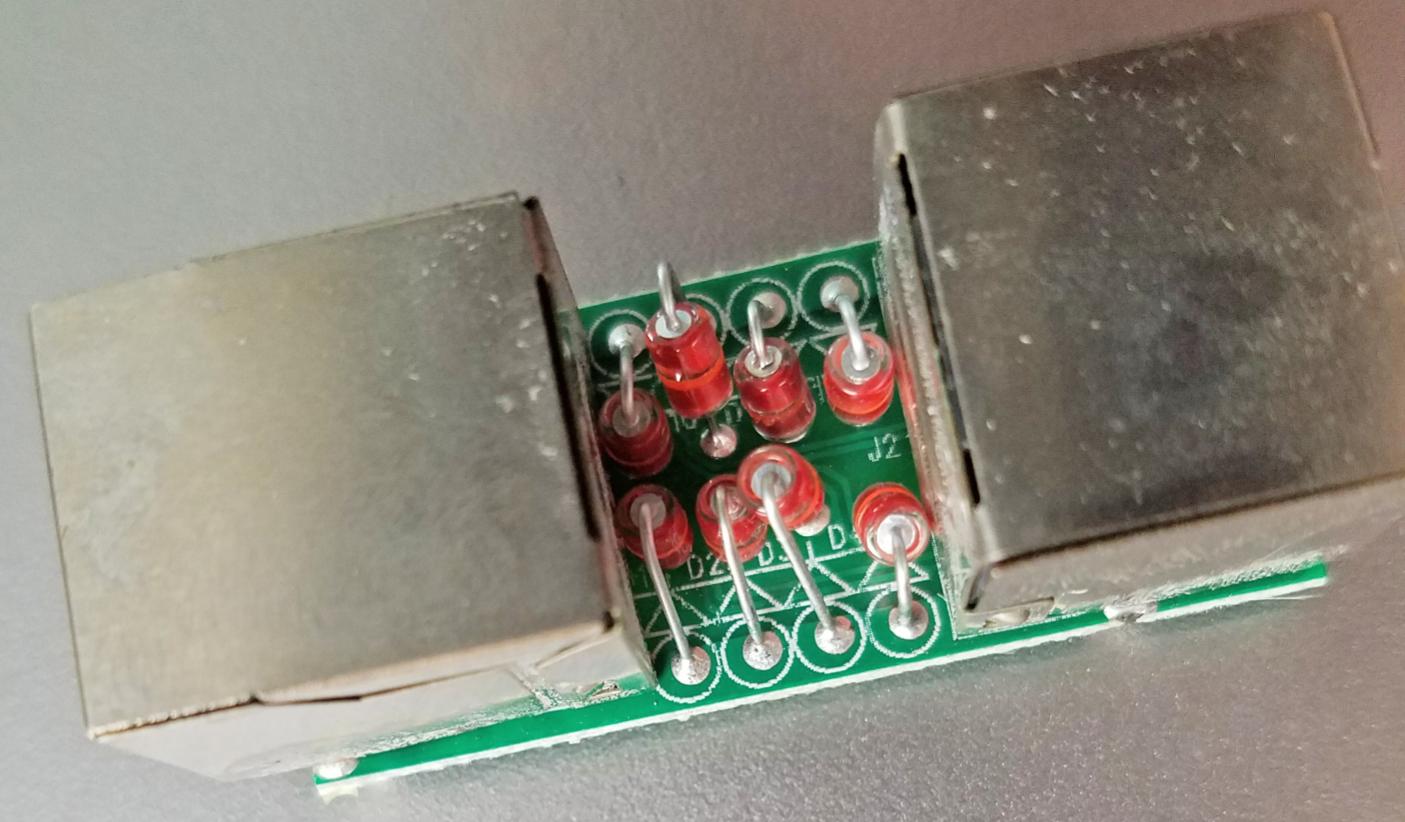 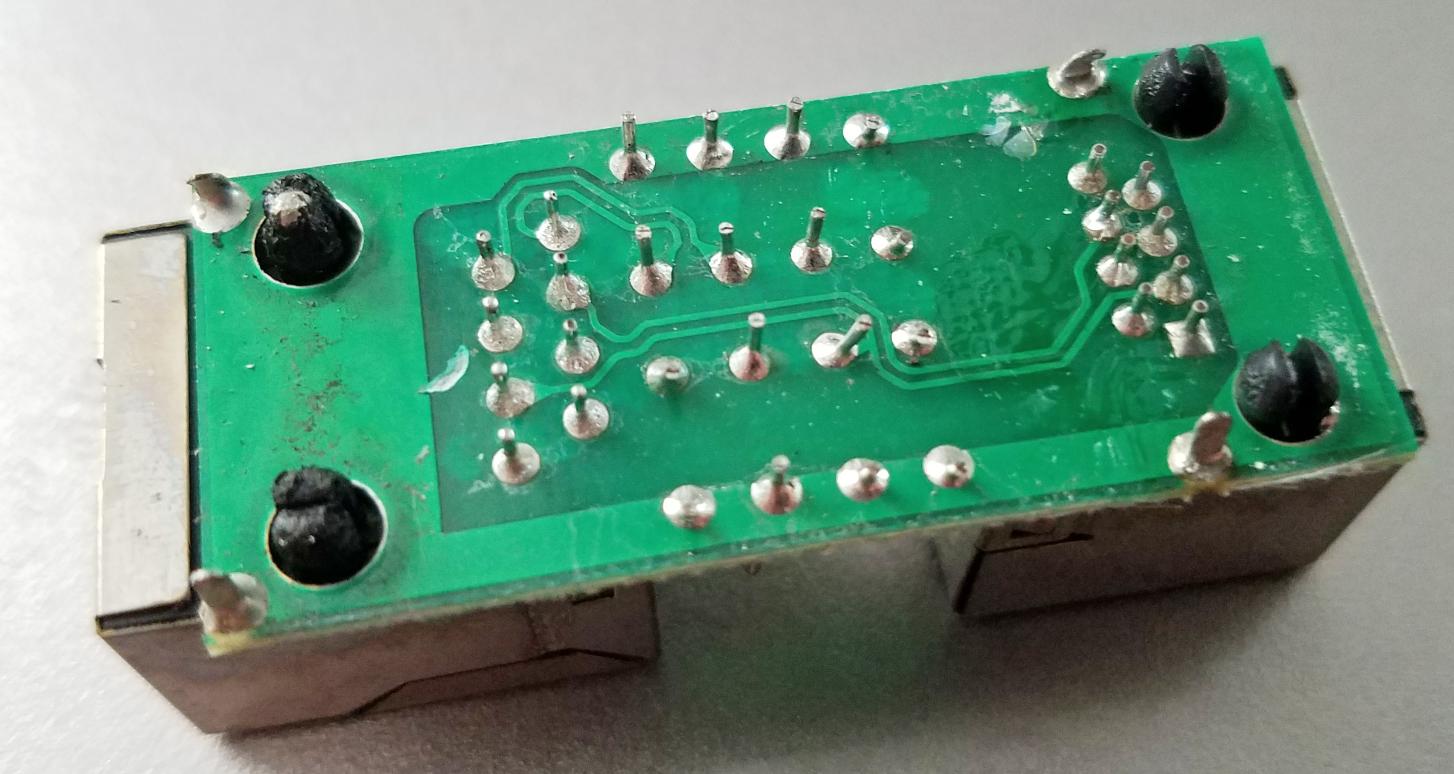 The first thing I noticed was the superb manufacturing quality (ahem). As for the design, it appears to be just clamping diodes.

I was expecting TVS's, or perhaps varistors, but I want to say they're Zeners because of the typical clear-red appearance, but I wasn't sure if there were other diodes/components of that look. They have no markings on them other than the single red band in the middle.

Q1: Anyone care to say if these are for sure Zeners?

Q2: As for protection, what would this actually provide? ESD protection? Could this really be considered lightning protection?

Also I'm wondering how these diodes would help. I know Ethernet uses a differential signal... The diodes appear to have their anodes at the "shielding" of the jacks.

Q3: So this literally wouldn't do anything without shielded cable (STP)?

That being said, I've little experience with Ethernet hardware design.

Q4: It seems that "all" or most Ethernet devices use transformers, so can it be said that there is some protection already inherent?

If the PCB itself can be trusted, they are diodes. They also look like diodes.

Wired as they are, they will short any data line to any other if the potential between them reaches twice the breakdown of the diode - the way they are wired, they are effectively in series.

If the cables are grounded, then the diodes will short the over voltage to ground through the shield.

It will probably do something. Whether it is enough is hard to say.

If you really want protection, use something that you have to connect to an earth ground. That will dump over voltage to ground rather than through the ground wire on your equipment.

There is a possibility they are spark gaps to gnd. But as they are banded, they most likely are avalanche diodes that shunt any voltage over what they are rated for, to gnd. Semiconductor protection is the fastest available, hence the choice to use them. MOV's or 'Variable Resistors) are NTC devices, (Negative temperature coefficient), and drop very rapidly in resistance as the voltage exceeds their rating. These shunt over-current from signal to gnd. But as they have to heat up a bit to work, diodes are faster. The transformer you mentioned is most likely a Common Mode Rejection transformer, which are 2 coils in series with the 2 signal wires and are meant to be used as noise or EMI reduction. This may look cheap, but it is of value, but be aware, if it gets a surge high enough, it may do its job in keeping your equipment from blowing out, but often is self sacrificing and may well be dead or shorting your signals after a significant hit.

Not the answer you're looking for? Browse other questions tagged diodes ethernet protection differential surge-protection or ask your own question.

1
surge protection
2
Mains Linear Power Supply Protection
2
Ethernet surge and protection
7
How much surge protection do external power supplies provide?
1
Surge Protection Installation
0
What kind of diodes are these?
1
TVS diodes for Ethernet/PoE?
2
Why did these two ethernet switches die (again)?
3
Protecting circuit input against lightning - how to put all the pieces together?
1
Ethernet Surge Protector Speed