I would like to know how to shift a signal in Simulink. The case is I am using PWM generator(DC-DC) and the input D is from a lookup table,a sine wave. From the PWM generator block i am taking the pulses i want(a sine PWM). However, because of having two mosfets i need second pulses signal which should be shifted like when the first pulse in the first signal finish, the first pulse of the second signal will start. I think the real issue here is this: the Duty cycle is changing for each pulse so each pulse should be shifted with different time. 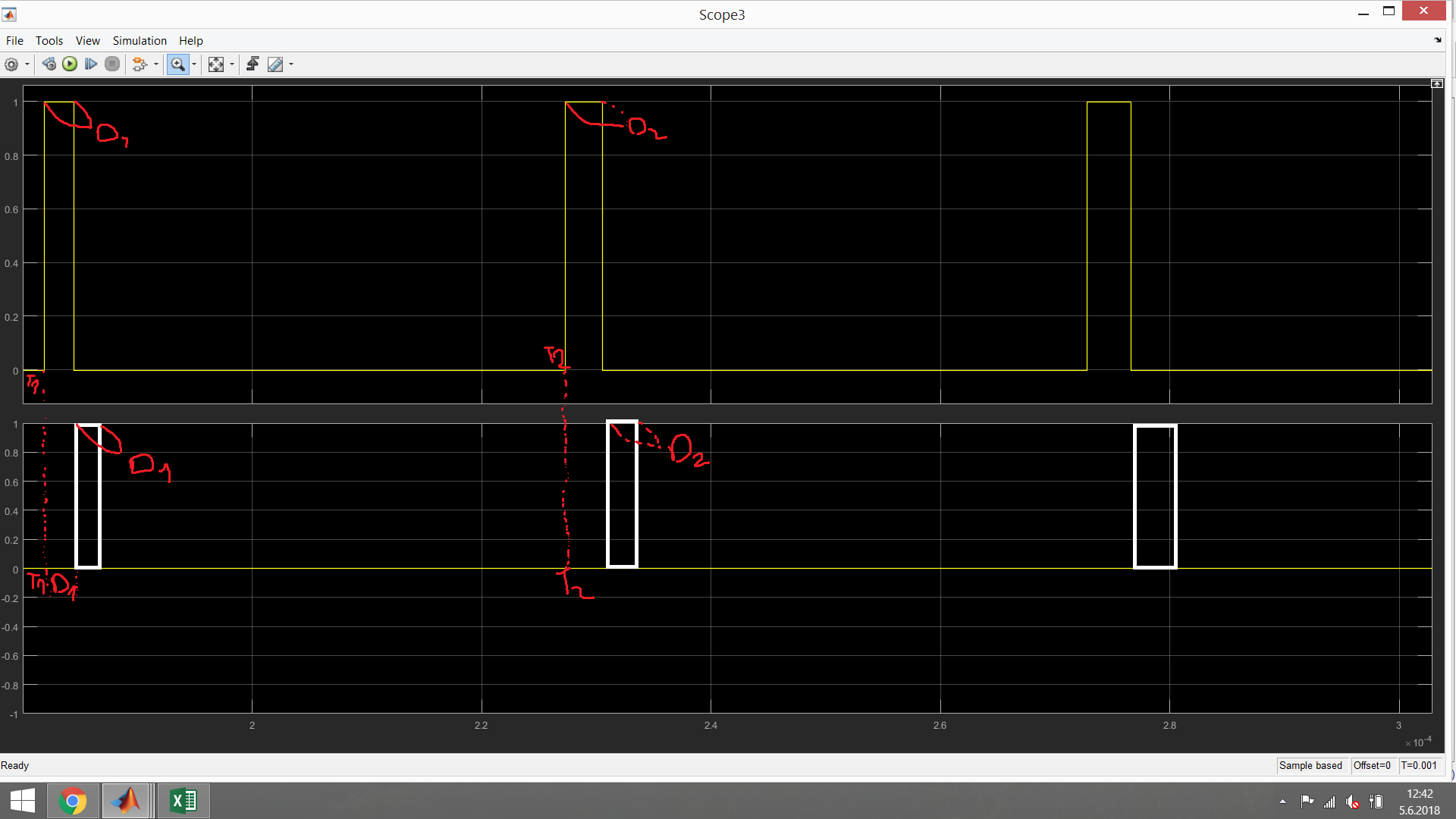 There are many ways to solve this and the optimum solution will be specific to other details of your model.

There is also variable transport delays, unit delays or even constructing more elaborate delay mechanisms via integrators and comparison blocks

You should use Discrete Variable Time Delay block as shown in the following example, 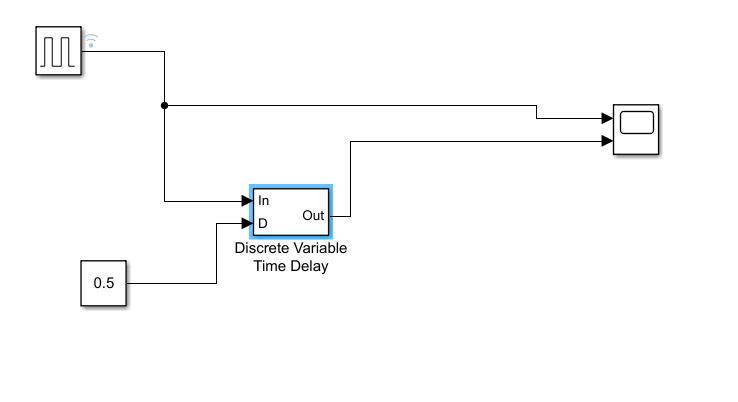 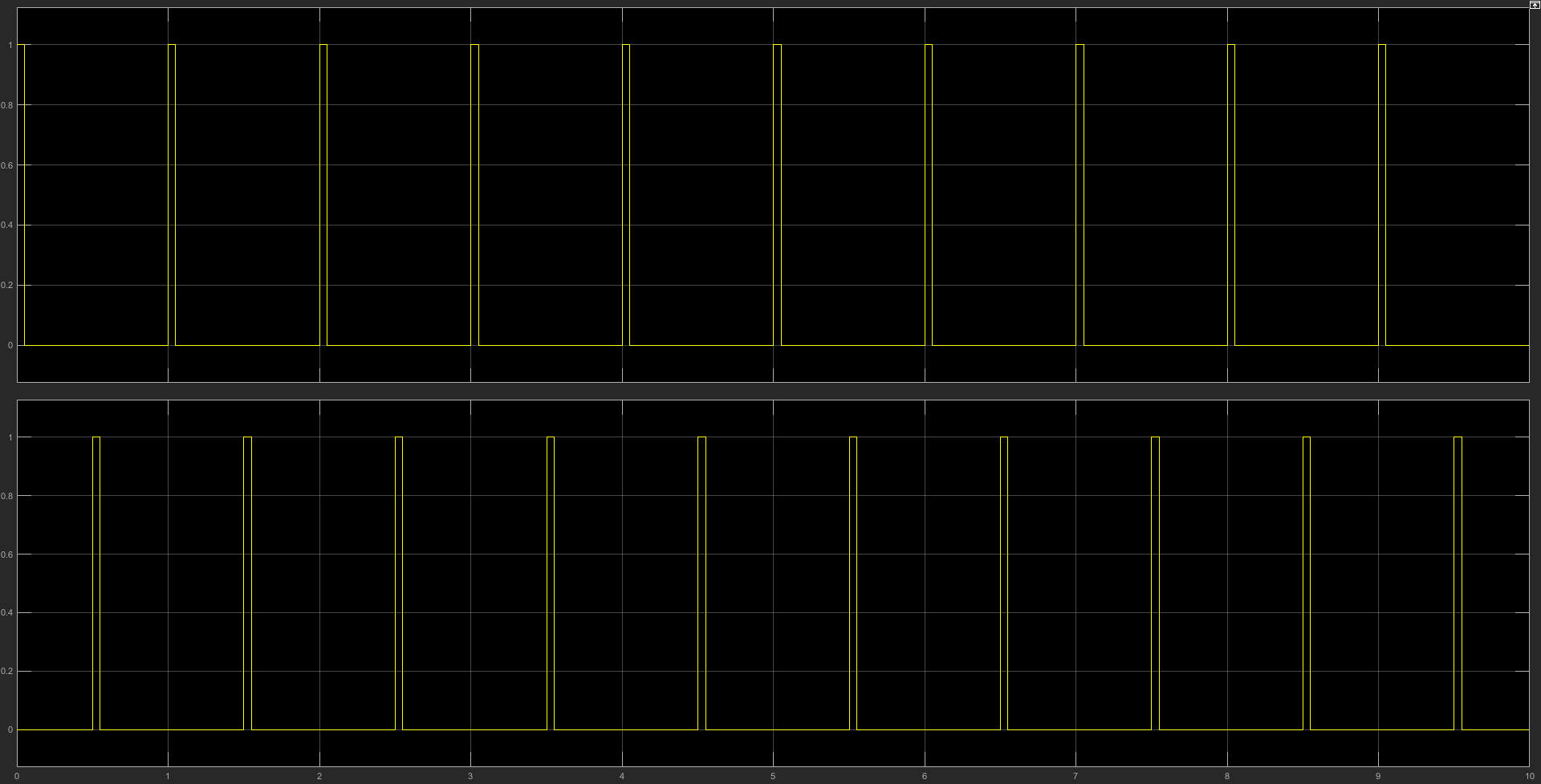 You can adjust the phase shift from the constant (0.5 s in the example).