Multiplexing Red and green dual led not being switched on properly

I am having problem getting this red and green led to switch on in its yellow color state. Red + green = yellow!! But it simply refused to do so. It's more like an annoyance than a real big deal problem to me, but It's also pretty interest if I can still able to fix it using software, which I am not sure if I could.

Here is how it looks like. The green colored leds should be turning yellow, and when I stare close enough, I can actually see the red led being turned on, but not bright enough. Normally, one would assume that the red led will be brighter than the green led because red is lower voltage, but strangely, it's the opposite. 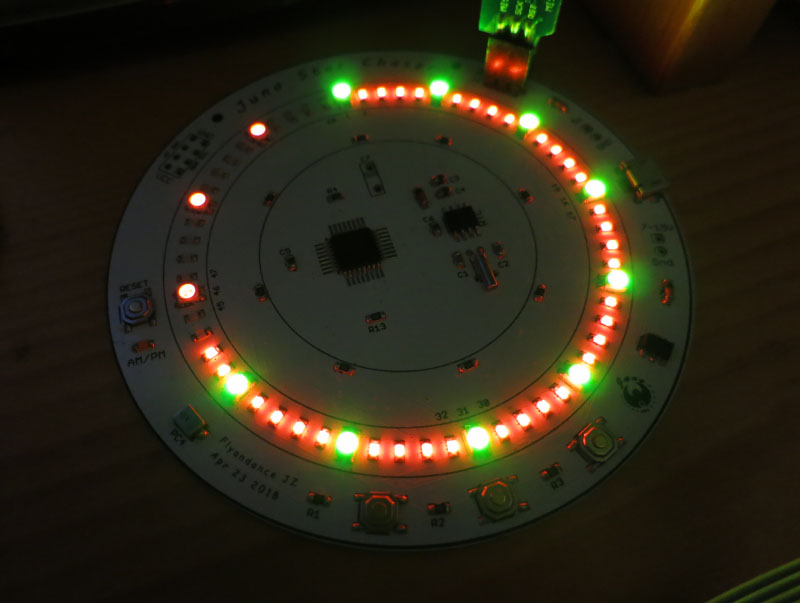 Here is the circuit!! It's huge, please open it in a new tab and zoom in to see the detail. Basically the left part of the led is the red led. 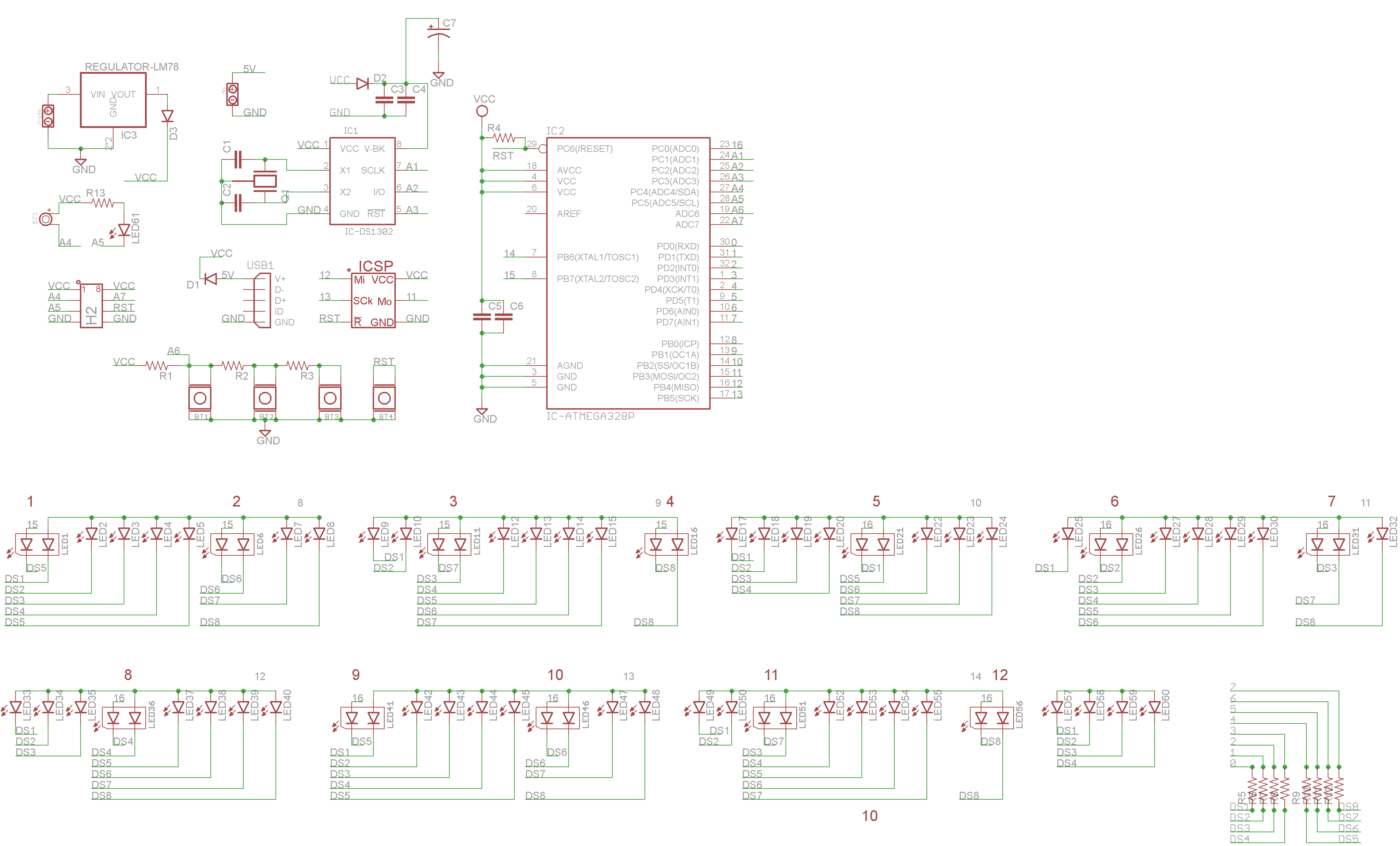 Here is the code that I use to run the leds. It's nothing fancy, just a simple old multiplexing.

So, to make it clear, Q1, why no yellow? Q2, is it fixable using software? Q3, if so how? Q4, in case it's not fixable by software, what do I need to fix it in hardware. adding 12 resistors to red leds?

Update: Here I try to toggle the first dual led on and off, the last photo showing them switching on/off very fast, and clearly, it's not yellow. 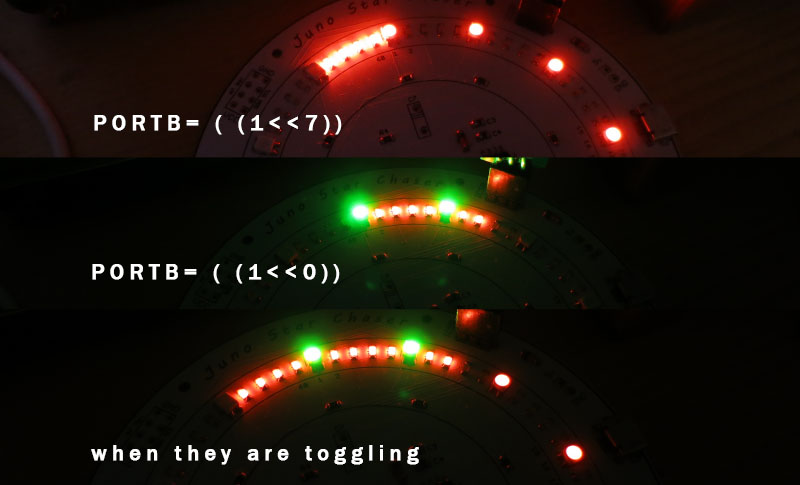 Closely related to this Q&A.

Our eyes are more sensitive to green; if the LEDs are equally efficient, you need about twice the current in Red in order for them to appear equally bright, which will presumably generate a good yellow.

A first step will be to experiment with a single LED and two current sources (or variable resistors or two PWM channels on your MCU) to find what relative currents or ON periods give the colour you want.

A second step would be to generate that current ratio somehow; perhaps with a larger resistor in series with Green and a smaller one with Red. Or connect the LEDs in antiphase and drive them one way round for green, another for red, adjustable in software. Or some other means according to the hardware or software changes yo uare willing to make.

Not the answer you're looking for? Browse other questions tagged microcontroller led avr or ask your own question.

29
Why are the three component LEDs in an RGB LED so unbalanced?

6
Why are red LEDs so dim & how do I make them brighter?
2
Calculating LED current flow in a parallel circuit
1
Choose the right resistor for your RGB led (calibrate the colors)
4
5050 led strip 60 led/m flickers when fading in and out of colors
0
dsPic33E : Digital Output issue on pin<20> RA1
3
How to compare brightness of different color LEDs (not RGB)?
0
Multisim - How to create a 2-pin red/green LED in one part
2
How does this LED string work?
9
Why are all my yellow 2V/20mA LEDs burning out with 330k Ohm resistor?
1
How to access GPIO pins on Atmega with memory mapping?