Microelectronic Circuits by Sedra/Smith present a method to analyze series-shunt feedback circuits by separating the 'A circuit' from the 'B circuit' in which h11 and h22 are consolidated into the 'A circuit' along with source and load resistances and h21 is neglected: 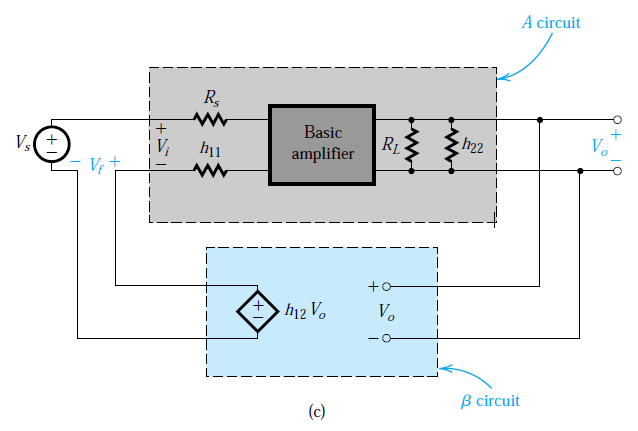 The open-loop gain A is determined by Vo/Vi:

Everything makes sense until they present the following example circuit: 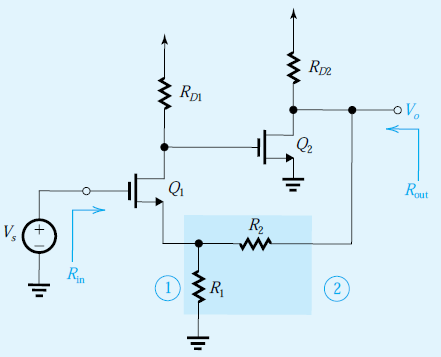 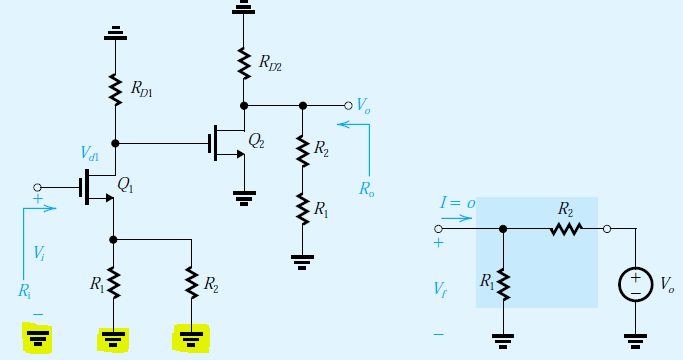 I've highlighted the part that I don't understand. Why are R1, R2, and the input source returned to ground? If the parallel combination of R1 and R2 constitutes h11, then these resistors should not be returned to ground as per the first image I posted. What they seem to be doing is this: 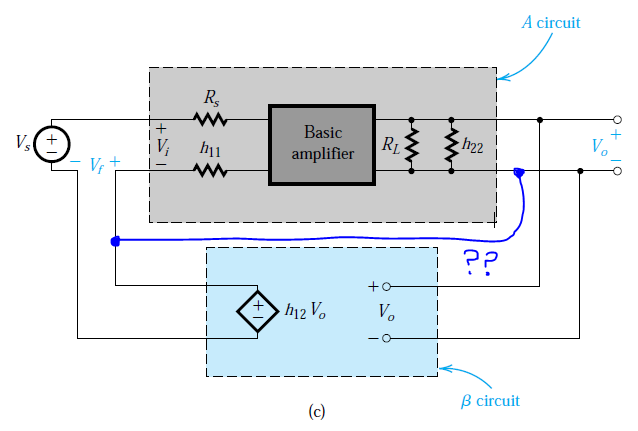 So the question is: what's the justification for connecting h11 and Vi to ground when no such connection exists in the first image I posted?

I started from the complete small-signal equivalent circuit and checked what they are doing. 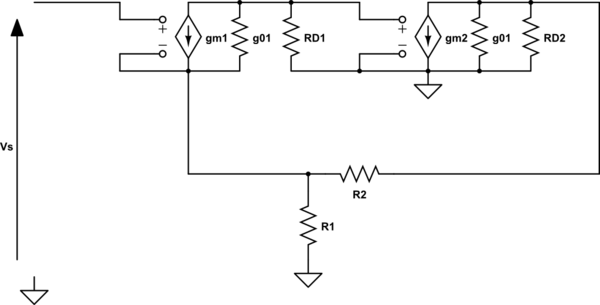 Replacing the feedback network with the hybrid parameters yields: 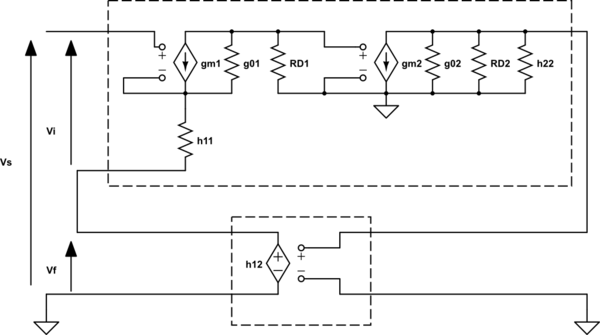 So I believe your analysis is spot on. I strongly believe this is an error in the reference schematic.

There is also one other thing that points to an error. In order to make any series-shunt feedback work, you need circuit 'A' to have a differential input, and not a single-ended input as shown in the diagram. Else you cannot connect it in series with something else.

I got my hands on the 6th edition of the book, and noticed that they are doing it correctly in Figure 10.16. They connect the negative terminal to ground in Example 10.4, 10.5 for series-shunt feedback.

While this action does turn the amplifier into a two-port, it will not lead to a correct representation of the actual circuit. Nevertheless, it may be an okay approximation if the negative input terminal doesn't conduct much current (if it doesn't, we can neglect that current and treat the input as a port). 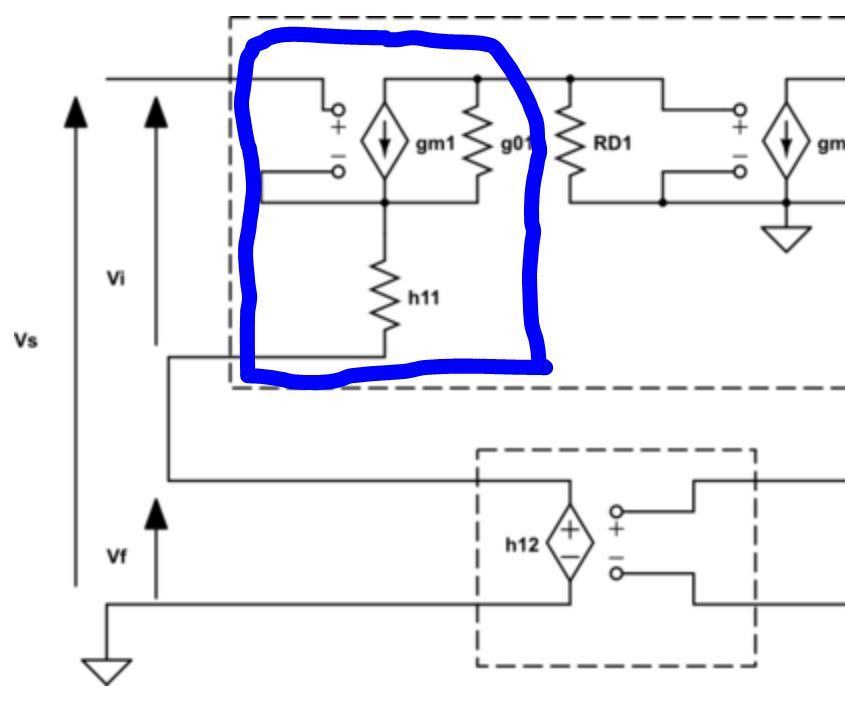 So if the current through \$R_{D1}\$ can be limited in some way, we may be relatively OK.

I'm not sure if the author of the book realized this. I personally think they compared their results with simulations, and saw that they matched. But purely theoretically I think there is something off.

Not the answer you're looking for? Browse other questions tagged amplifier feedback series shunt negative-feedback or ask your own question.