Why is this power cable sometimes polarized and sometimes not?

I have a handful of power cables like this: 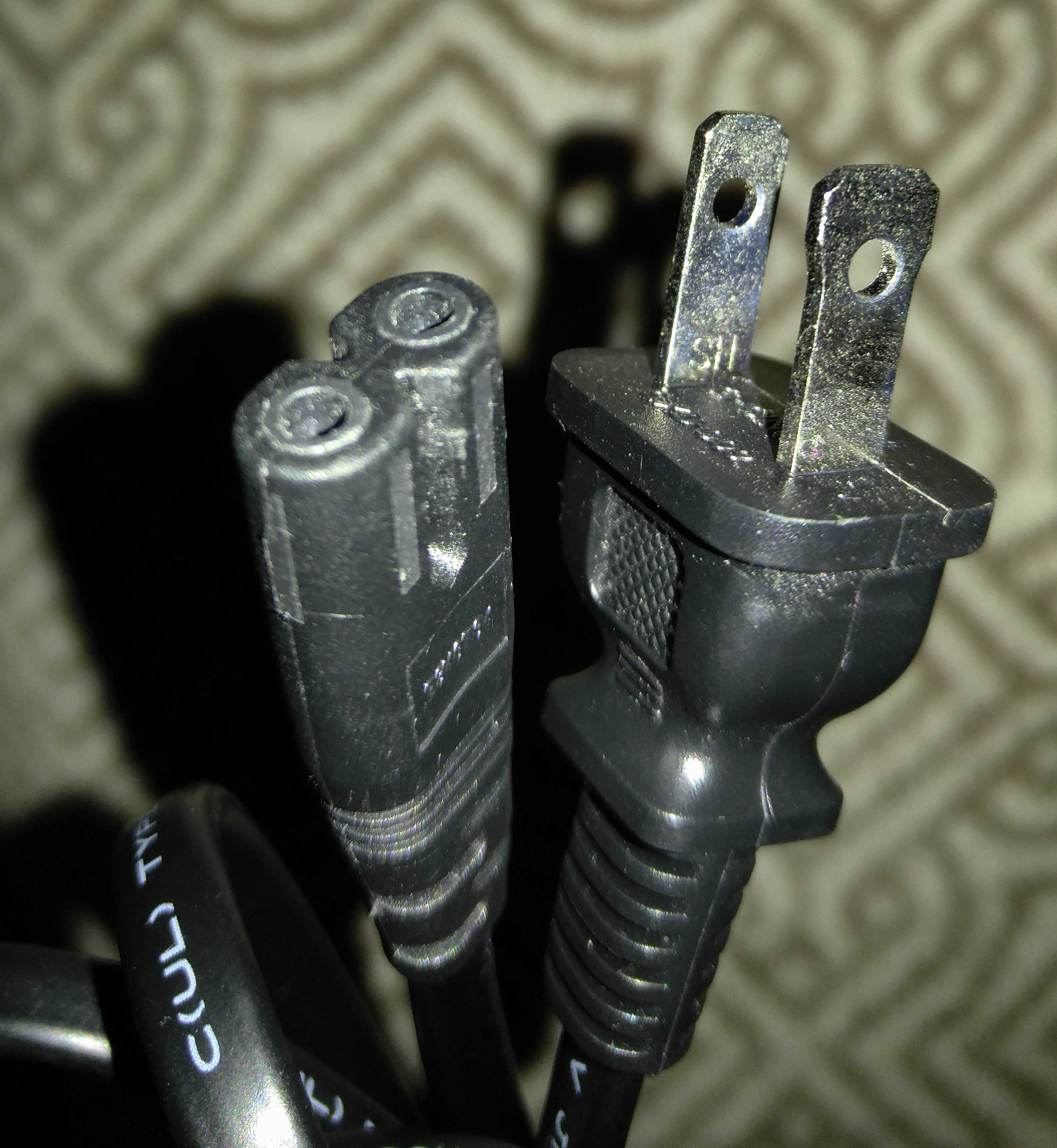 Some have polarized male plugs, while others are not polarized.

Given that the female end appears to be reversible, why are some of them polarized?

(Bonus: Do these cables have a name?)

It is safe for consumer goods that are double-insulated that do not require grounded polarized plugs for 120Vac line, Neutral nor earth ground.

However, the alternative non-polarized Receptacle NEMA 1-15 P is available but it's corresponding receptacle the NEMA 1-15 R has been prohibited in new construction in the United States and Canada since 1962, but is still allowed for repairs to older homes.

The non-polarized plug allows the user to swap orientation in case of a difference in high frequency noise (buzz) that can sometimes be unbalanced or have inputs that are unbalanced such that swapping leads of the unintended conductor or receiver can reduce interference in audio systems. However this is a poor man's solution to audio EMC and not often needed or explored.

NEMA is the North American Equipment Manufacturing Association that provides guidelines but not laws nor enforcement.

What may be curious to some is your cable has a polarized male plug but a non-polarized the C7 adapter, so the above tweaks to EM compatibility can still be tried reversing line and neutral. Although line and neutral return noise tends to cancel out, in some situations where it is not uniform noise might not cancel yet still be below unintended radiation thresholds or may be above on grandfathered equipment not qualified.

This is the polarized version of the C7 female plug. 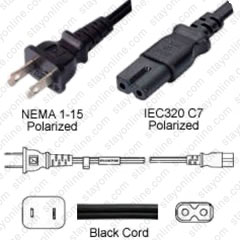 Since mains voltage is AC, the "polarization" can only refer to the difference between the live and neutral wires. Depending on how your mains is wired (which depends on your country) the neutral wire isn't supposed to have a voltage relative to ground.

However, this cannot be relied upon so it is unsafe to assume the neutral is "safe to touch". That in turn makes it rather pointless to make a difference between live and neutral so obeying a certain "polarity" is also pointless.

In addition to that, any modern device with a "figure 8" mains input (the female end of that cable you're showing) needs to have "double insulation" meaning it does not need an earth/ground connection. You can recognize "double insulation" from the symbol consisting of two squares: 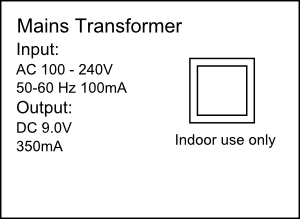 Your new TV should have this symbol!

Note that there are also mains devices like toasters and computers which have 3-pin mains inputs. These devices do require the ground connection to make sure that the metal case is safe to touch.

So you can safely use a non-polarized lead, the TV doesn't care at all assuming it is designed properly according to modern safety standards.

Not the answer you're looking for? Browse other questions tagged power cables polarity ac-polarity or ask your own question.

7
Aren't non-polarized plugs a little dangerous? Why still use them?

1
What cable do I need to connect rows of male header pins together
3
Cat5 wire connector does not appear to be continuous
5
2.5mm Jack to USB data Cable
0
How to make cables for 0.1 in. pitch pins?
1
Replace vintage speaker connection by modern one
5
Attaching Cat7 (S/FTP) Cable to PCB
0
Reading a 0 - 1V Signal - Weird cable
0
Is it electrically safe to use an ATX PSU's PCI output for SATA/MOLEX instead of graphics cards?
2
Help me identify power issues with this PCB
0
Abusing EPS connector to power LED's?