I need to demodulate an FM signal and I want to use a quadrature demodulator for this. The signal is 16±0.15 MHz, 3.3V output from CMOS oscillator. I know that Gilbert cell mixers are most commonly used for this but I don't have any of them around yet I have some other mixers and parts that can be used as ones:

Which one of those methods can achieve highest SNR and lowest distortion (<3% is okay)? How good is the performance compared to Gilbert cell mixer? What are the main requirements for choosing a mixer for quadrature demodulation?

Given that your signal is already a logic level and fairly tame in frequency I would look no further than using an exclusive OR gate as the mixer. Originally Gilbert cells were designed as a solution to making an exor gate so it would be almost rude not to use a regular exor chip as it was originally intended. 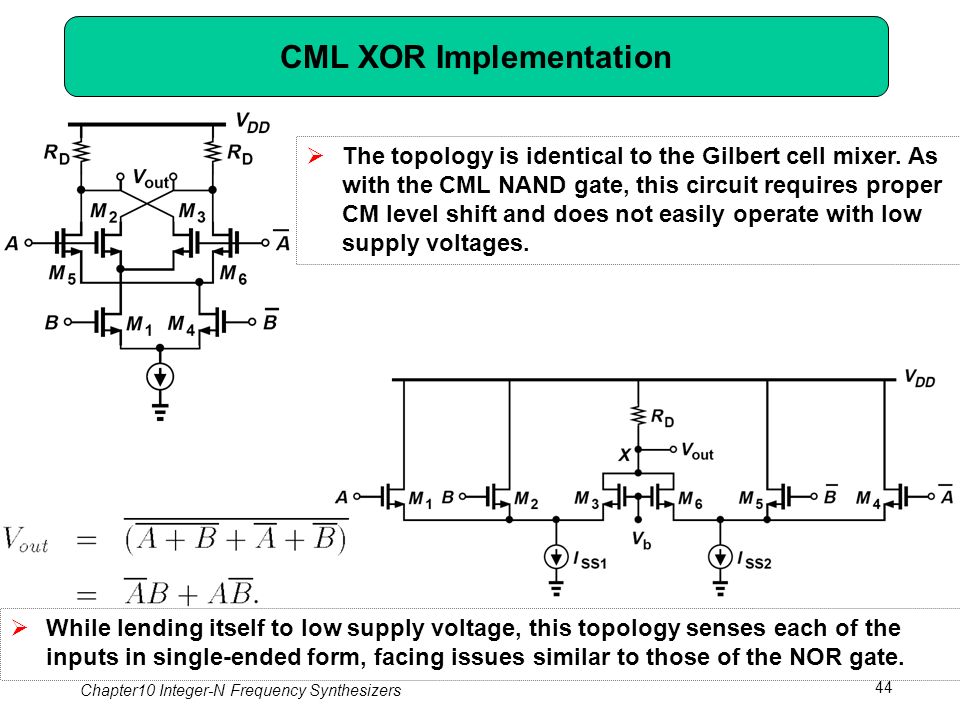 Make sure the 90 degrees signal from the tank is schmitt triggered back to a reasonable square wave and you should be set to run. Example for 455 kHz: - 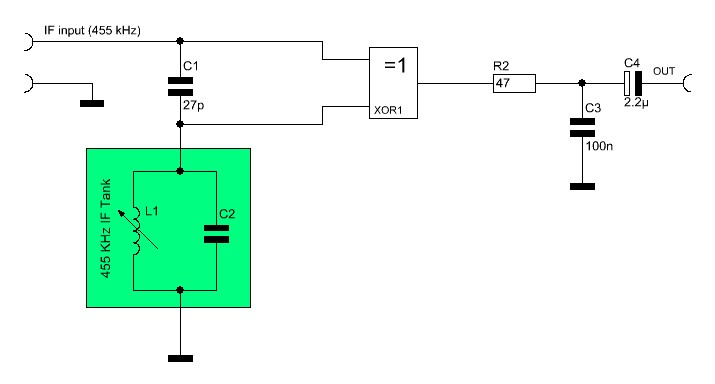 Functionally and performance wise all the options you state are going to be about the same but the exor is going to be more tolerant of any rogue amplitude modulation caused by the tank.

Not the answer you're looking for? Browse other questions tagged rf analog fm demodulation quadrature or ask your own question.

0
How is the signal Multiplied with the Carrier in AM