I want to attach several accelerometer data loggers to different parts of the human body (i.e. my own, it's not gonna be a commercial product). The individual units save their data to sd card so they are mostly autonomous. Nevertheless I want to wire them, in order to centralize power supply (a commercial portable power bank mounted to my waistbelt) and probably to be able to synchronize them regularly if the individual clocks drift too much. So most probably 2 or 3, but never more than 4 wires.

Since the limbs move a lot (like when I am running) the cables will also be bent a lot. So if the cables have all but the most minute bending stiffness, they will exert additional forces to the accelerometers, which distort the measurements. I am also worried because if I end up doing the experiment very often, the wires will break in no time. Any finally I am worried about the cabling being very uncomfortable and cumbersome to use if the cables are stiff (for example attaching 2-3 stiff cables to one leg alone doesn't sound much fun).

So are there any common applications which require multi-wire cables with very small diameter (with very small I mean less than 2mm for a 3 or 4 wire cable) or high mechanical compliance, which I could abuse for my purpose? Is there another well-established way to make cable connections to electronic devices which have to be insensitive to frequent bending (probably sounds funny, but: wiper contacts or something?)

There are several reasons why I don't want to power the units individually: 1) LiPo batteries are small, but are an inherent safety risk when mounted to the human body (multiplied times the number of batteries times the measurement time); I don't want to perform as burning man... 2) the individual units should be as light as possible so that their own inertia doesn't spoil the measurements (I can't nail the units to the bones...) 3) with small sized LiPo batteries the operating time is rather limited.

The capacitance of the cables don't play a dominant role because (infrequent) synchronization in the range of milliseconds is totally sufficient. Also resistance of the wires is not so much important because the data loggers only consume very little current.

My design of the data loggers is already finished (and first prototype boards etched), so I would hesitate to change it. Nevertheless if any alternative suggestions with extraordinary advantages show up, I might change my mind as to changing the design.

Lavelier microphone cable sounds like what you want, it is the cable normally used between the head and transmitter pack on bodyworn radio systems used in live performance.

Usually it has two cores plus an overall screen, it is highly flexible and reasonably robust, but can be a bit of a swine to terminate.

Here https://www.canford.co.uk/MOGAMI-LAVALIER-MIC-CABLE is a 2.5mm od variety, you can probably find smaller variants.

And here https://www.hhb.co.uk/product/mogami-miniature-balanced-lavalier-microphone-cable-(2901)/2379/ is a 2.16mm variant.

It is unlikely you will find an off the shelf solution. They do make kapton flex cables in multi conductor, that are available off the shelf (at digikey), these require connectors on each end and may not be suitable for the strain placed on the end of the cable. 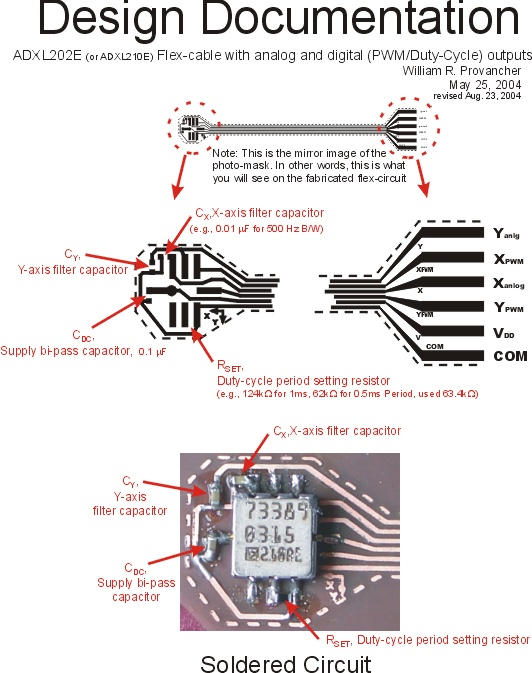 You need to worry about strain relief and bend radius regardless of what you do. Flex cables typically have a bend radius of 1/2", and if this is exceeded, the cable will break. You can find information with the cable manufacturer, but there are some interesting reads here:

Whatever cable you choose for flexibility , strength and diameter , consider why so many headphone wires break and why USB connectors and some 3.5mm plugs are more robust than others.

My observations and guidance tells me the weakest connections require a rigid substrate, sleeve or strain wire that is 5 to 10x stronger than the weakest connection such that the bend radius is >5 to 10x the wire diameter with a gradient strain relief. This can be done with molding or heatshrink tubing or polyurethane compound (PL400) or as in CATV coax and grid wires a stronger weight carrying guide wire or sheath.

The ideal sheath for radial flexibility yet axial stiffness is a plastic braided weave over the stretchy weak braided wires with a perfect termination. Then strands may be not just AWG40 but AWG 56. This may yield the best ratio of stress/ strain in lowest mass and diameter.

In industry this solution is polycarbonate flat cable with a spiral axial motion aka Kapton tape or FPC cable have these qualities eg FPC can move back an forth 1e9 times without failure in axial curve moving in direction of curve (axial) used for moving head R/W signals on disk drives very fast. PU jacket stranded wire can too if routed properly.

Levelier cable is an excellent choice at AWG40=0.08mm but if it matters someone may have even better.

Conclusion —- Keep in mind cable routing and minimize stress in the weakest axis but choose cable with flexibility yet high stress/strain ratio characteristics meaning can bend but won’t stretch.

P.S.
Note that in hospitals sensitive EKG sensors are always well taped to body to perform this strain relief.

I would reconsider whether the stiffness of the cable will be an issue. What kind of accelerations are you trying to measure? Unless it's vibrations, or you're trying to integrate motion over mm distances, the accelerometer is more or less going to stay where it's attached to your body (unless you sew it on loose fabric or something like that). I doubt the cable will have much effect.

I would just buy some thin usb extension cables and cut them up. They have enough conductors, and they're built to be flexible. You could even leave the connector on the power bank end and use that as a disconnect.

If you want to get really serious, hop on digikey. They have pretty much every cable configuration you can imagine.

Not the answer you're looking for? Browse other questions tagged cables flexible or ask your own question.