Why is the load output voltage from my relay so low?

I’m trying to build a simple circuit with a relay controlled by an Arduino that will turn on/off a little LED light string I have that was previously powered by two AA batteries (that would be 3V, according to the diagram on the battery case). I have the circuit wired and the Arduino programmed so that it triggers the relay on every .5 seconds and off every .5 seconds. I would expect the lights to blink with this configuration, but they do nothing.

I have tested quite a few different configurations, I have tested the lights (they work perfectly fine with power directly from my breadboard power supply), and I have tested other known-working devices on the circuit and I have not been able to get anything to work on it. The relay does function as expected — the LED on the PCB blinks on when it is triggered and it does make the clicking noise from the circuit closing — so I figured that it had to be an issue with the load power.

As I mentioned, I’ve got a breadboard power supply attached that should be providing enough power to the circuit to light the lights, and I have tested the lights directly on the power supply and they work. This lead me to think that there must be something wrong with the relay. I tested the output voltage from the relay with a multimeter and I had to turn it all the way to the most sensitive setting to get any sort of reading at all, which turns out to be something in the range of .3 millivolts. Obviously much lower than the expected 5V that should be coming out of there. I checked the resistance through there and it was within expected values.

So my question is, what’s happening here? Why am I not getting power from the relay?

On the relay boards I've seen, the relay contacts connect only to the terminal block on the board - there is no power on the contacts unless you provide it through one of the terminals.

You should connect the positive supply to the "COM" terminal of the terminal block, and your LEDs to either the "NC" or "NO" terminal.

You did not say anything about the relay type you are using. That would be great to know.

Usually, a Relais needs about 40mA of current to turn fully on. What makes you think that the digital output of the Arduino can deliver this (rather high) current?

Eventually you need a relay driver circuit between your Arduino and the relay. (A simple transistor will do the trick).

Well folks, I figured it out. I definitely had it wired up completely wrong. Unfortunately, during the trial and error process that eventually led to my understanding, I think I have damaged my relay module, my Arduino, or both. As it is now, I can no longer trigger the relay at all, and certain configurations still get the LED to come on, but no click, regardless of how much voltage I try to put into it. It’s pretty much borked now, I’d say. But a learning experience! I now know how to wire a relay properly! Now I just need to order another module (I have a backup Arduino, so that’s good...) so I can actually finish this project.

I promised some pictures, and while nothing is actually wired right now, at least this will give some idea of what I was working with. 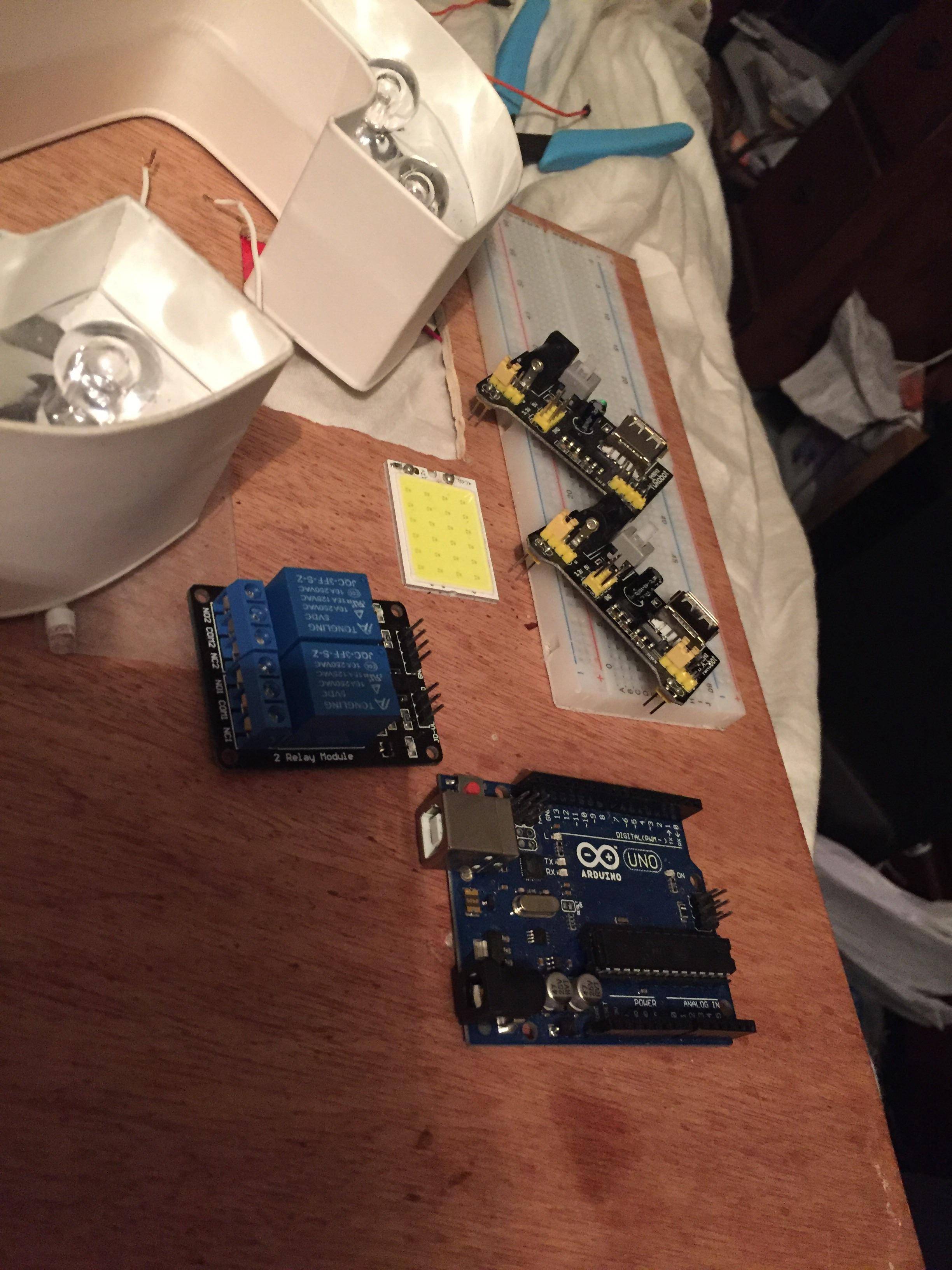 Not the answer you're looking for? Browse other questions tagged voltage relay arduino-uno or ask your own question.

0
HSR412 (solid state relay) parallel circuit connection not working?
0
Why is my simple relay circuit only half working?
0
Is a relay stressed by a partial activation of the trigger?
0
Relay not outputting voltage
0
relay voltage drop
10
How to properly use a relay module with JD-VCC from Arduino/Raspberry?
4
2N2222 low side relay switch not turning off
0
Connecting a bulb and a buzzer onto the same output of a relay