I searched the DPO4034 manual for all instances of 'time' or 'timestamp'. It looks like you can buy modules that allow you to capture I2C, SPI, CAN, or serial bus events that contain timestamp information, but from the following image it looks like it only provides relative time (presumably with respect to some arbitrary reference time?): 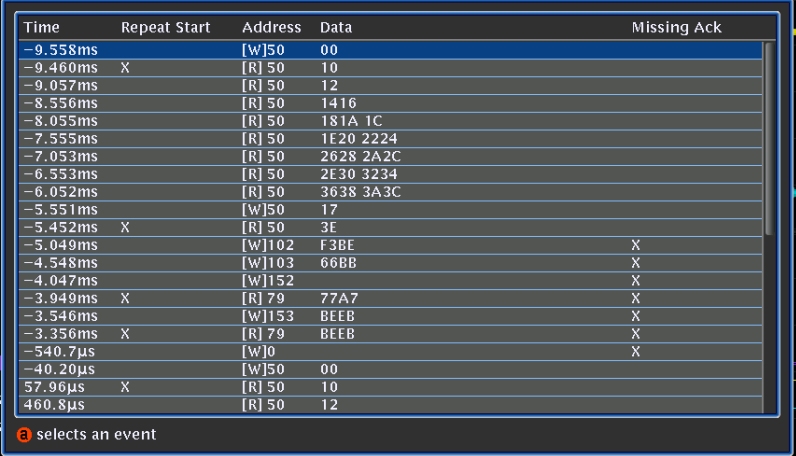 Plus, I'd like to capture time events for arbitrary signals, not necessarily I2C, SPI, CAN, or serial signals. Does anybody have any advice?

oscilloscope synchronization server
share | improve this question | |
asked May 29 '18 at 15:17

PC to Scope should be possible, then PC to NTP.

To make use of NTP service and have your computer's clock set to NRC time, you will need software that can request time over the Internet.

A version of the NTP client software used to synchronize computer clocks is called Simple Network Time Protocol (SNTP). The software for various computers can be downloaded from many sites on the Internet.

To configure SNTP software to synchronize your clock to NRC time, you must set the NTP server to the following stratum‑2 host names (do not use the IP address, as this may change):

For users who have an NTP server on their system and would like to synchronize to NRC time, configure your daemon to include the above NTP server address.

The NRC operates two sets of stratum‑2 NTP servers at two different locations operating on different networks. Both servers are controlled in the same way by atomic clocks operated by the NRC and provide official time with the same accuracy. This redundant setup offers a more reliable time service to Canadians in cases of network and maintenance outages.

Not the answer you're looking for? Browse other questions tagged oscilloscope synchronization server or ask your own question.