I inherited a opamp measurement circuit that is supposed to be able to measure differential voltages of up to 1000 V with a bandwidth of 1 MHz and a protective impedance between the HV and SELV side. The 0-1000 V on the primary side are converted to 1.5 V - 3.5 V on the secondary. It is basically a differential amplifier with 9 megaohm resistors so that no lethal currents can flow.

The 1.5 V offset is applied via the (66 kohm//330 kohm) to (33 kohm//100 kohm) voltage divider and to avoid troubles caused by the common mode the same impedance is used in the feedback path.
To prevent troubles with the input capacitance of the opamp or the capacitance of the diodes 220 pF capacitors are used to add a defined capacity (again in both paths because of possible common mode problems otherwise).
The problems with these capacitors is that they would limit the bandwidth to 40 kHz and add a pole at around 1 MHz which they circumvented with a 15 pF in the feedback.
When I tried making their circuit (which worked for them, they used the same opamps and very similar caps) the frequency response of mine always has a notch at around 200 kHz which I can't explain myself.

Does anyone have any idea which parasitic or stupidity of mine could cause such a deviation from the simulated frequency response. 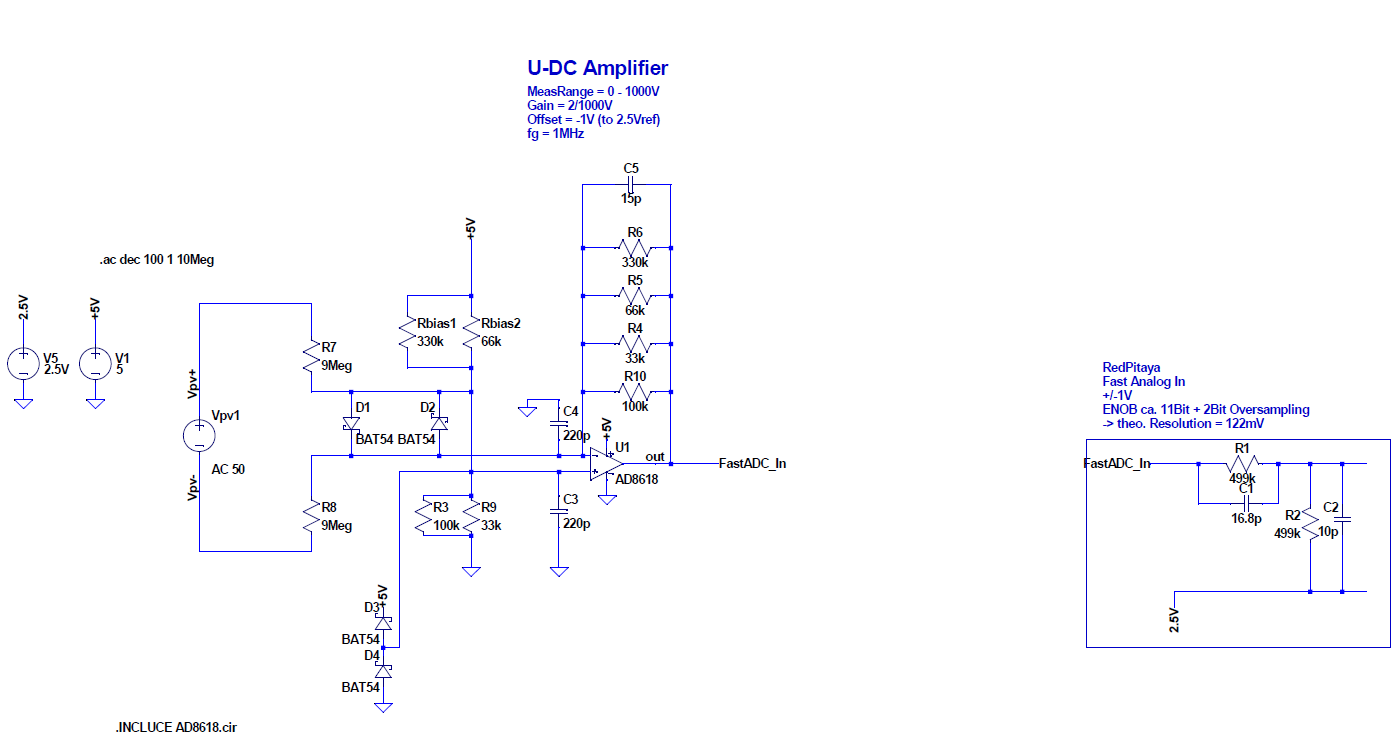 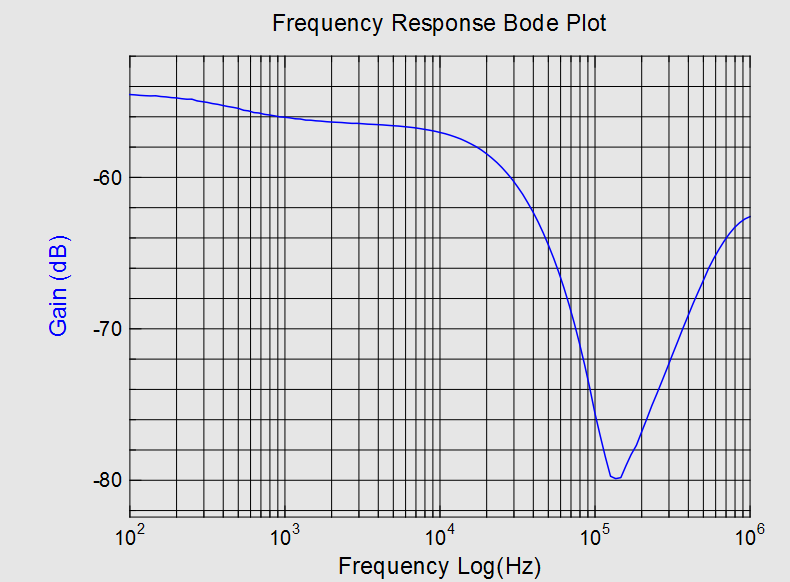 !! Update:
The first pole at around 400 Hz disappears when I connect Vpv- directly to Gnd. 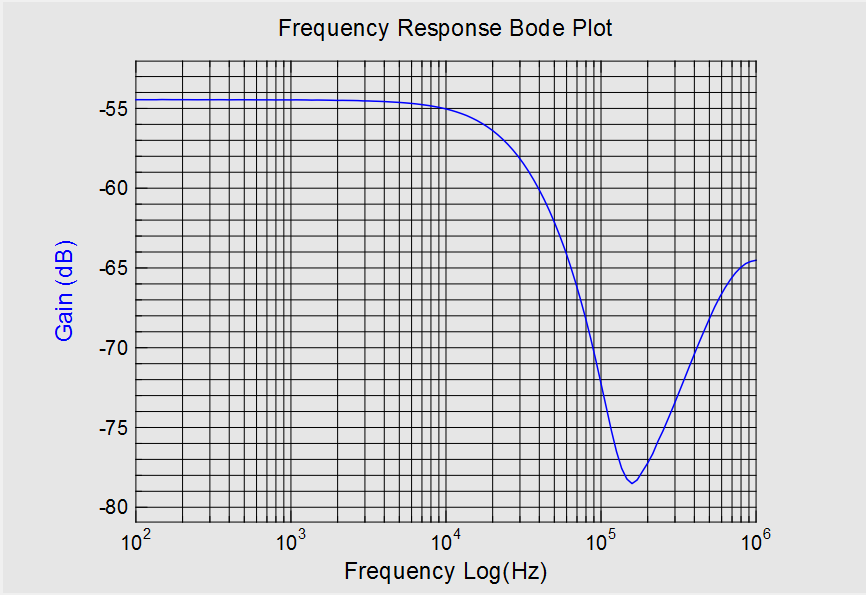 Surely C4 is in the wrong place: - 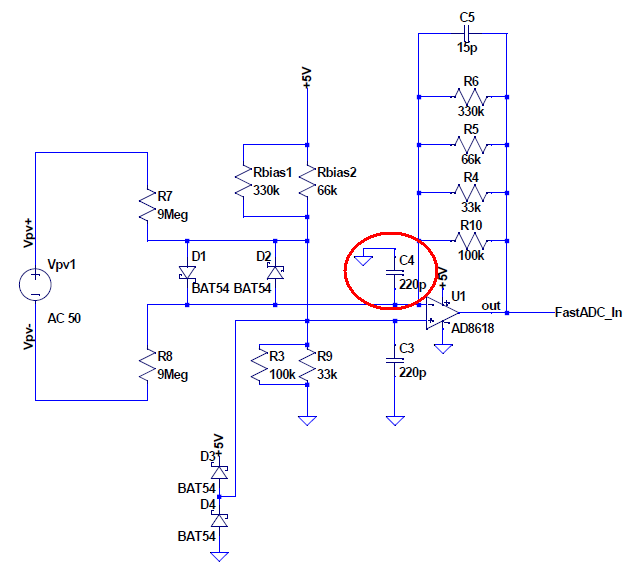 It should be across the feedback network and not from -Vin to ground if you want to maintain a balanced amplifier.

I don't see the reason to have C3 and C4 at all. Just putting C4 where it is does not balance the gain to keep it differential - it does nothing except boost the +Vin gain at high frequencies. The AD8618 input capacitance is about 3 pF and 220 pF capacitors are dwarfing that capacitance. You are bound to get problems with them.

In the actual system (not a simulation), there will be imbalances in capacitance across the two 9MegaOhm resistors. How do you plan to compensate for those mismatches?

Not the answer you're looking for? Browse other questions tagged operational-amplifier high-voltage high-speed or ask your own question.

1
OpAmp performance for Sallen-Key filter
0
Help to determinate stability of Opamp Circuit
4
Why is simulation effective bandwidth of LM741CN op-amp wider than calculations says it should be?
2
capacitance at inverting op-amp input of unity gain inverting amplifier
2
How much gain/bandwidth can I practically get out of the OPA1692?
0
Butterworth Active Low Pass Filter Design