I've been watching a few analyses of CRT flyback transformer drivers and can't understand why the transistor would shut off. To my naive perspective, it appears that the transistor should never shut off due to the positive DC voltage applied constantly to the base. I'm aware that this isn't the case since transformers need changing currents to induce currents in their other coils. I'm aware that the coils have inductance which dampens current buildup and charges the inductor core, but I can't wrap my hear around the transistor region. 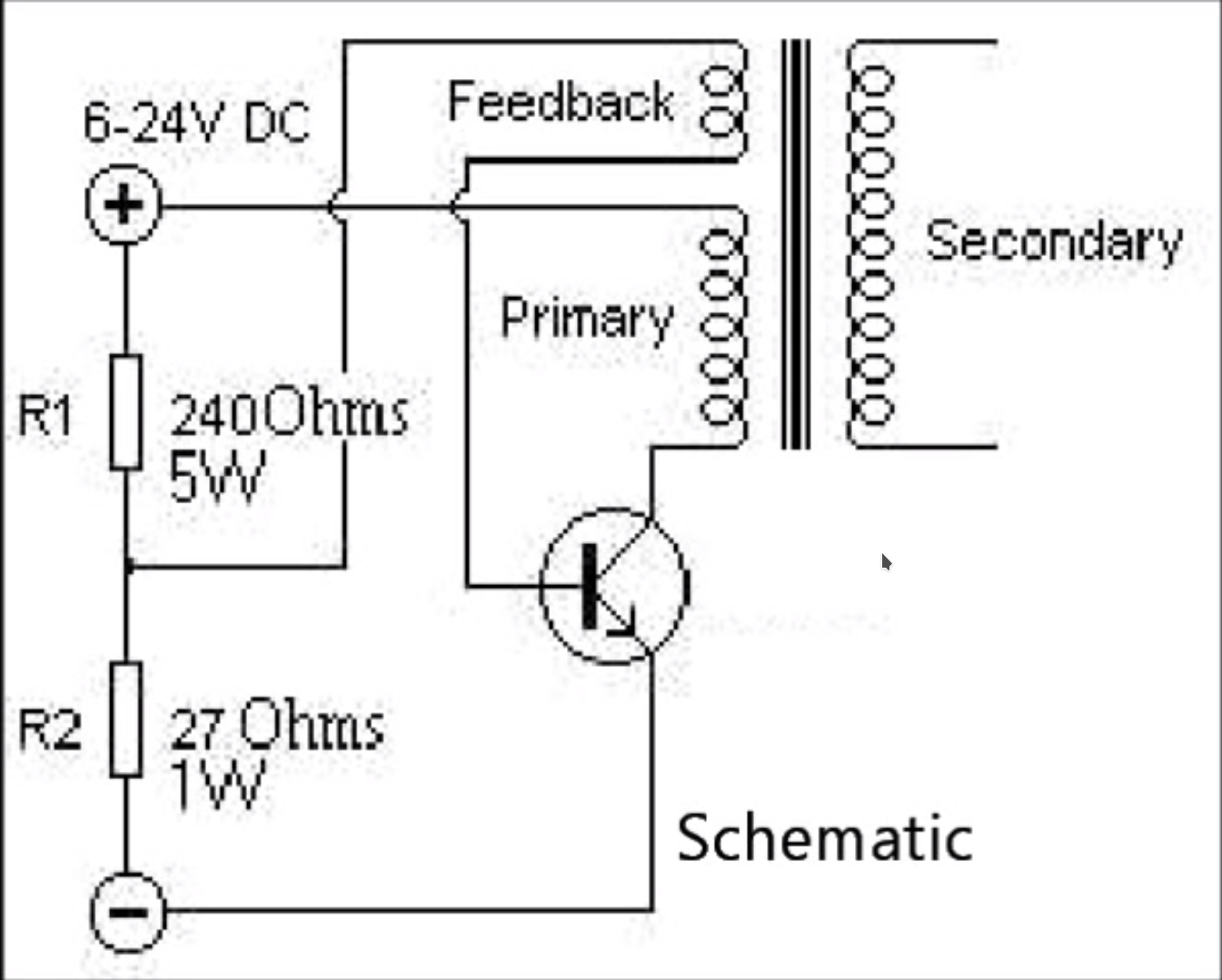 This is part of the problem.

I'm aware that this isn't the case since transformers need changing currents to induce currents in their other coils.

While this is not wrong, it's not as useful as saying that transformers need voltage to induce voltage in their other coils. Currents do flow as well, but their relationship is more complicated than for voltage.

The feedback coil is in series with the base. This has the polarity (##) to drive the base to a higher voltage when the primary current is growing, when the primary has a positive voltage across it, and lower when it's negative. Once it starts to turn off, the feedback makes sure it turns off hard.

The resistor ratio makes sure there is enough voltage on the base to turn it on initially, when there's no voltage from the feedback winding.

The only other part of the puzzle is why the transistor should start to turn off anyway. There are two things that can do this, and the first to get there will trigger the end of the 'on' phase.

b) The flyback core will magnetically saturate at a certain primary current. This causes the inductance to drop, which increases the rate of rise of primary current dramatically. It will now quickly exceed the transistor's limited collector current, whatever it was, and mechanism (a) will complete the switch-off.

(##) Thanks to Jonk for pointing out in comments that the polarity you might try to infer from that diagram is wrong. The absence of the explicit polarity indicating winding start dots should be a warning that this might be the case.

This is a Blocking osillator, wikipedia

The voltage goes down because the transformer is a real transformer, and not an ideal one so the primary current is limited by winding resistance, and the coupling is limited by core saturation.

Not the answer you're looking for? Browse other questions tagged transistors transformer driver crt or ask your own question.