Ok so, ordinarily I'd not ask a "what is this" question, but this component really has me scratching my head - both at its function in the circuit and how it is constructed. Anyone know what a GE 6RS20SP9B9 axial device, circa 1977, is? 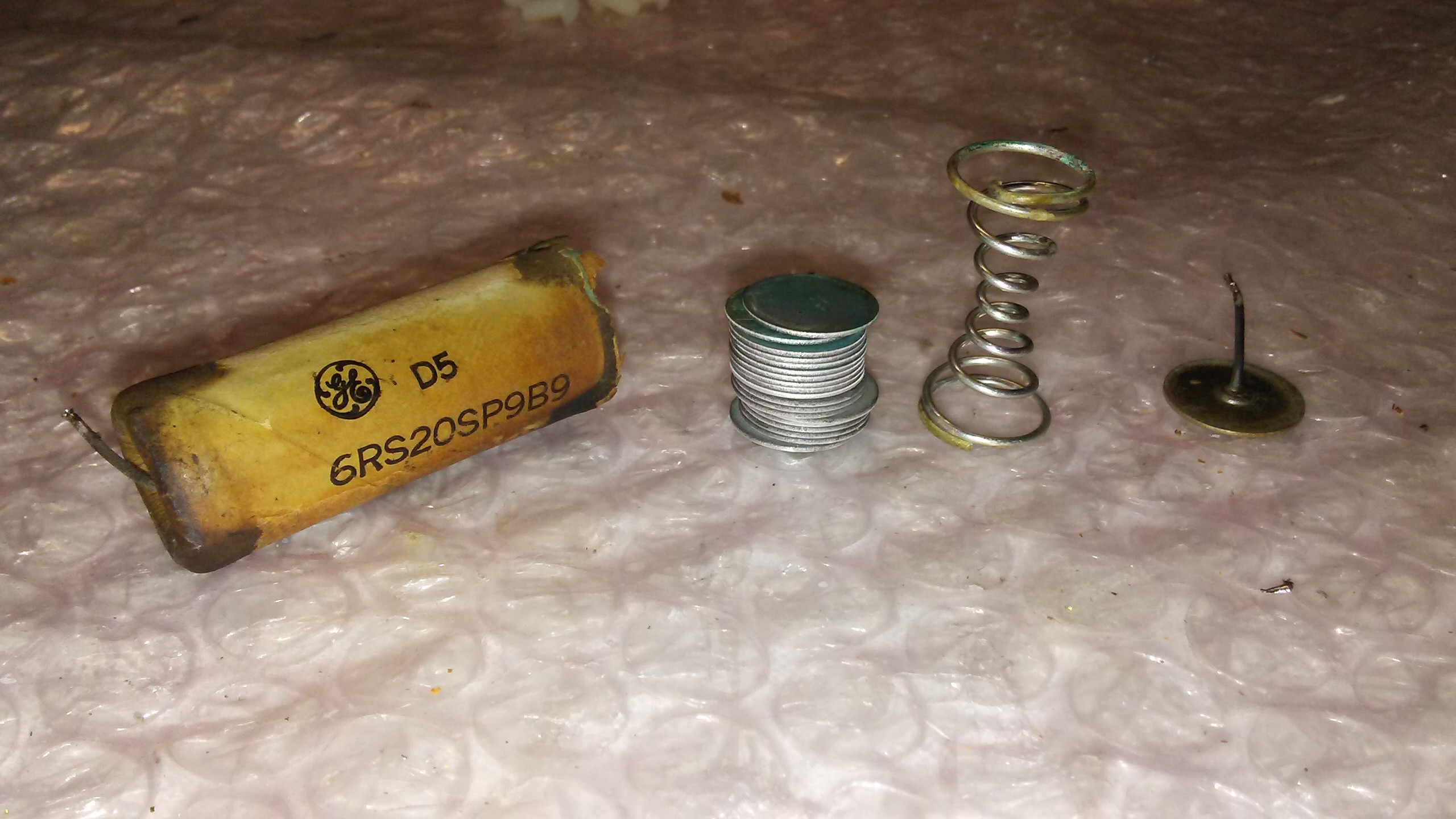 The only datasheet I could find goes up to a 6RS20SP8B8. The *xBx series, according to this datasheet, seem to be "tunnel, vari-cap, and voltage-sensitive diodes." Funny thing is, this device (along with a beefy resistor and cap as snubber) is directly across a 120vAC, 30A dual-SCR bus. So it is intended to be a MOV I believe, or at least perform the function of a MOV. Can anyone shed some light on this device and why it was used in the circuit?

Initial measurements (device was already falling apart) seemed to indicate it was slightly capacitive and slightly diode-like. The 19 little metal discs are coated in a blue/green substance. Some are more gray than others, possibly from wear. Measuring one of the discs inside with a Fluke 175:

So I took @winny's advice and sampled one of the 19 internal discs and plotted I/V curves. Current on left, voltage on right. 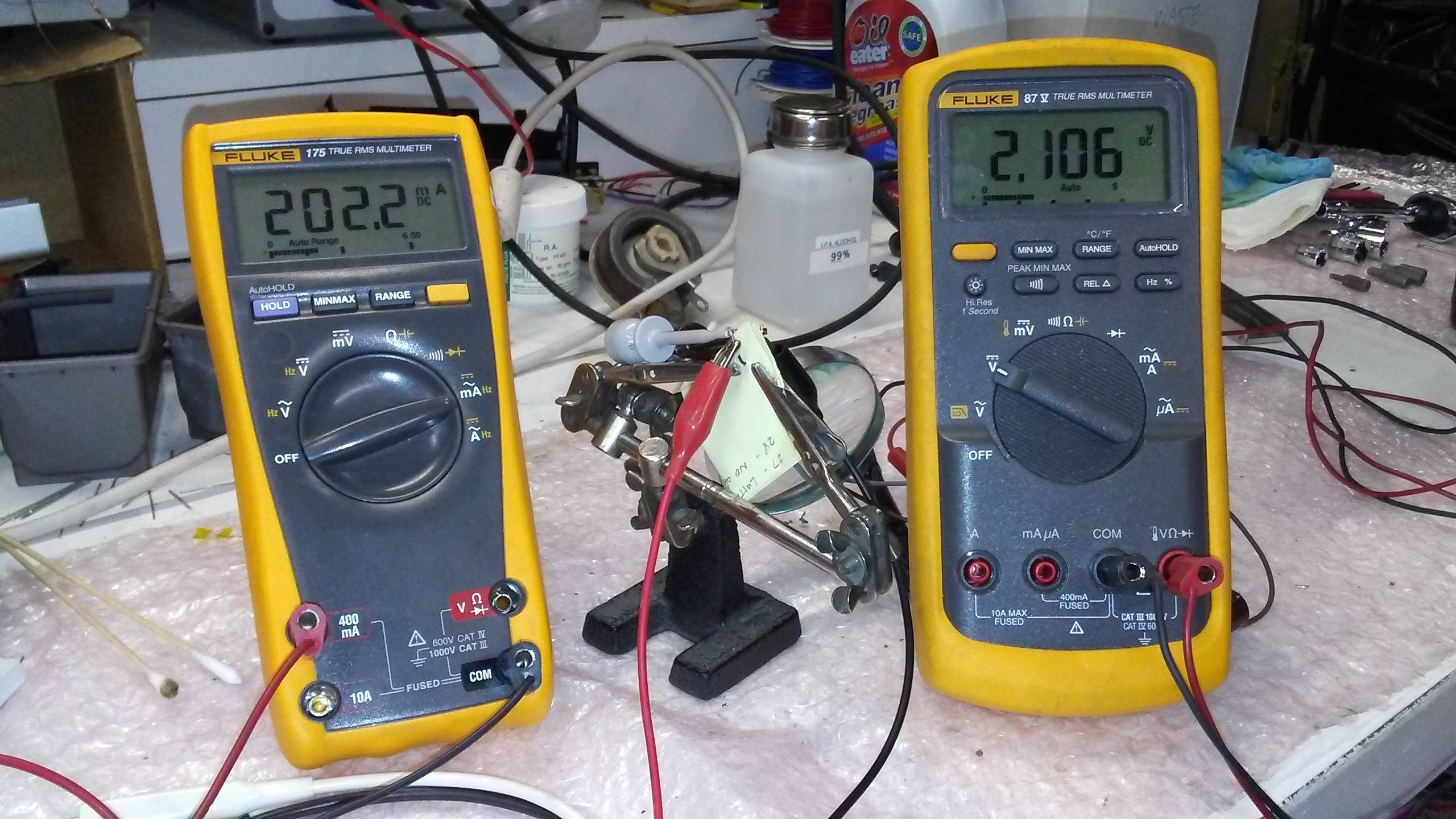 A disc was cleaned with IPA. A tiny bit of the green color came off so it was washed quickly. But none of the "grey" was removed at all. To apply pressure to the disc and make contact to both sides, it was covered in paper and clamped in "helping hands" with the original leads. 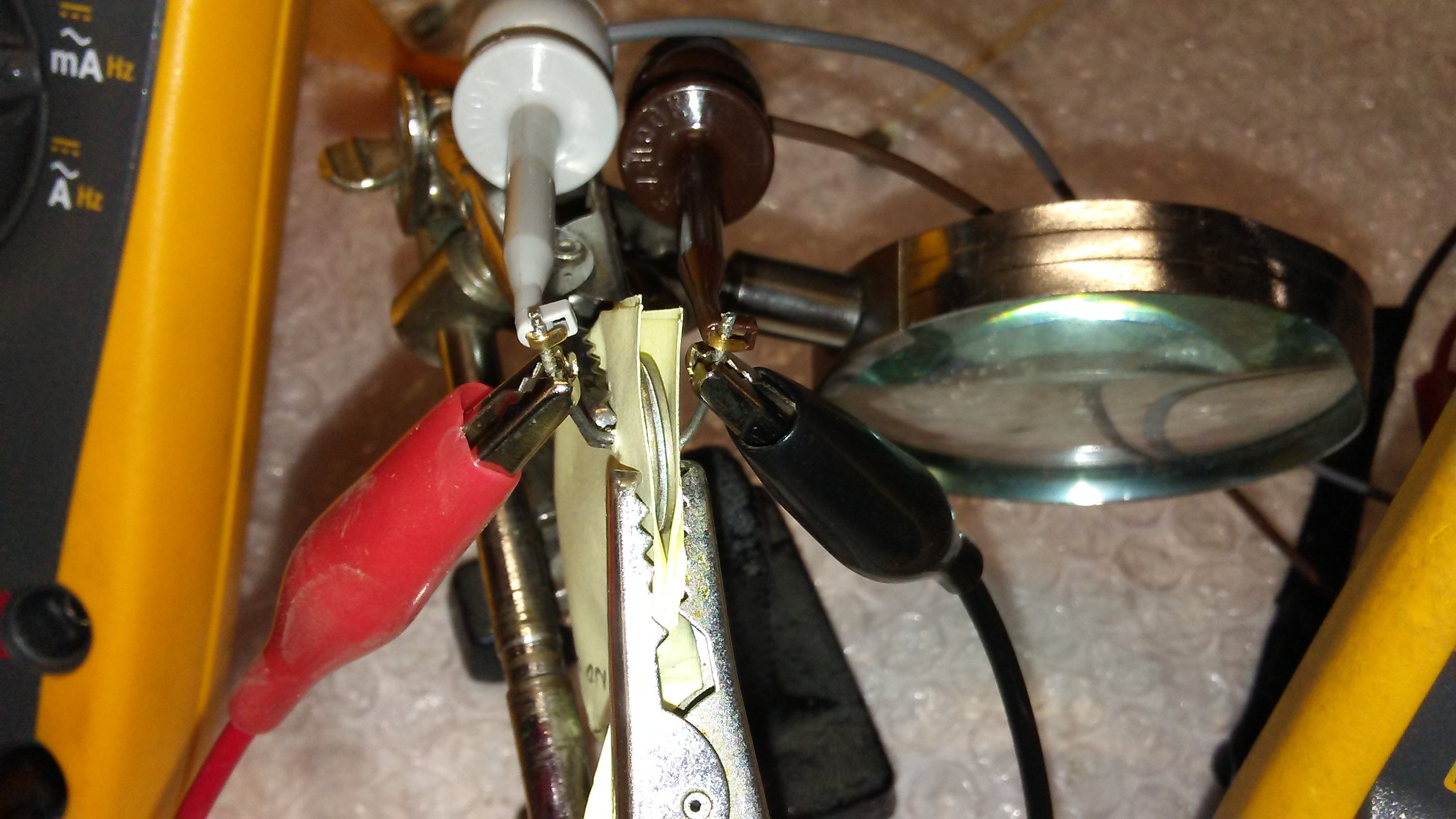 Here is the resulting data: 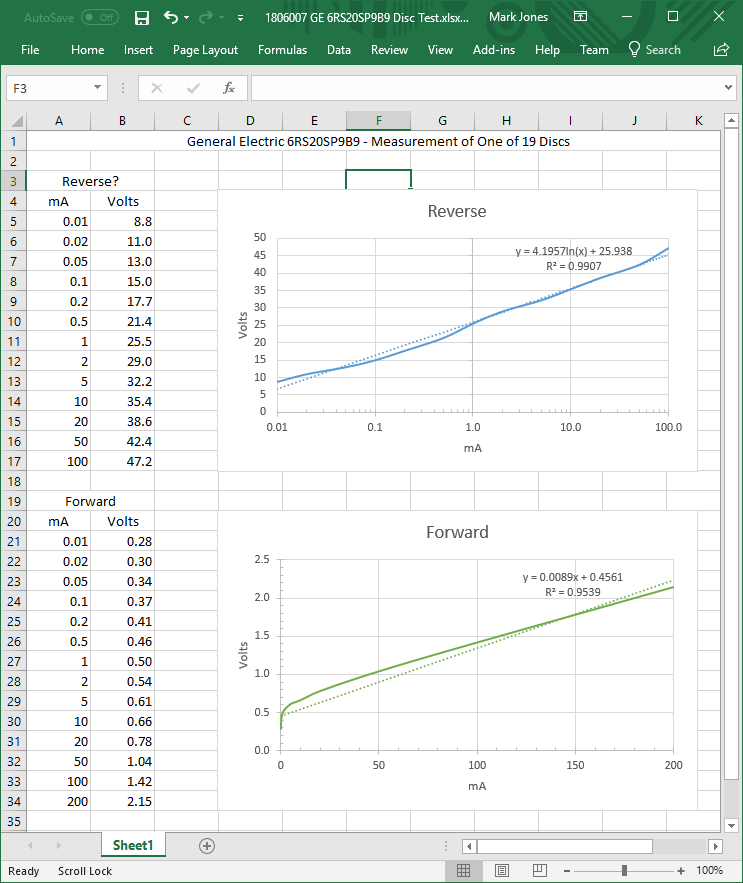 The discs are definitely rectifiers, perhaps selenium. The "reverse" characteristic is mostly logarithmic, and testing the upper ranges was tricky as a strong positive temperature coefficient was observed. (Is this typical breakdown behavior for selenium?)

The "forward" characteristic is very diode-like, however shows a mostly linear response. Perhaps this could be improved by better clamping. "Forward" didn't seem to have a temp-co at all.

So... if 19 of these are stacked together, in an alternating fashion... then that would more-or-less make a high-voltage, avalanche-mode equivalent to a modern MOV!

I think it is a thyrector, a transient voltage suppresor. 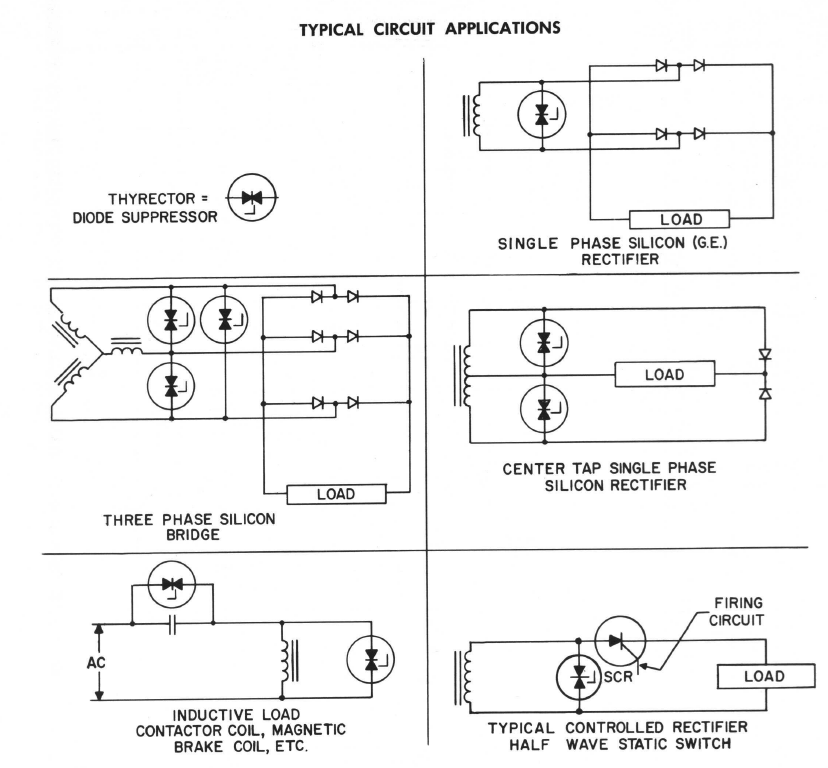 It is a selenium rectifier.

Google search of the part number points to this.

Not the answer you're looking for? Browse other questions tagged diodes vintage mov varicap or ask your own question.

6
1N4001 Diode Heat
0
What can this component be?
5
Another 'What is this component?' question
0
What is the second component?
5
Is “catch diode” the correct term to use in SMPS context?
2
Where can I find diodes by forward voltage?
0
How these two diodes used in the ciruit protect from the voltage spikes?