Is there a wireless protocol for 100m-1km range in rural property?

I am an electornics hobbyist. A friend of mine, who is building an organics farm, wants to wirelessly automate some devices in his property, and asked for ideas.

His problem is to "talk" to remote devices, namely the front driveway sliding door (around 100m away from home) and water pump (200m away from home in the opposite direction). This "talk", that is, sending and receiving commands and data, would be handled by some sort of dashbord or "control center" yet to be devised.

I am pretty sure this type of scenario is pretty common, but could not find an obvious protocol for the "100+ meters" range, up to, say, 500m or 1km.

What are the protocols commonly used for this, specially in rural areas?

UPDATE: At first, we would not like to depend on third-parties, such as cell-phone operators or similar paid services.

This sounds like a perfect match for LoRa. 10km in rural areas, no additional licence required, and lots of example designs to learn from.

In large the right wireless solution for you will depend on the automation (MCU selection) at the remote points.
If you are building based on a single board computer such as Raspberry Pi then you might consider the Nordic Semi NRF24L01+. This is readily available at low cost ($3-5) on Ebay with a PA that raises the line of sight distance to about 1Km. Hard to beat for the price. 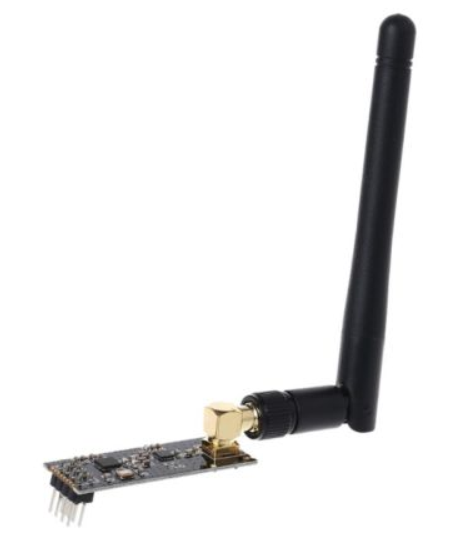 There are readily available libraries to support this device and endless follow the bouncing ball projects for Raspberry Pi and Arduino that should be able to kick off your project.

You could potentially use WiFi (or ESP8266 with a PA) based endpoints with a directional antenna, but the antenna cost alone will be outlandish, and most modern APs have multiple antenna to deal with, and if you have multiple directions to service this will become very challenging.

A picture worth thousand words. You should first ask the question yourself, "what is the data rate I'm looking at?" If you're looking for higher data rate, then sigfox will not work.

In order to solve this problem, extended wifi is introduced with 802.11ah standard called WiFi HaLow. It works at lower frequency of 900MHz and thus bigger range upto 1km as per your requirement.

LTE Category 0 is another option you should look at as it is now begin adopted in M2M. 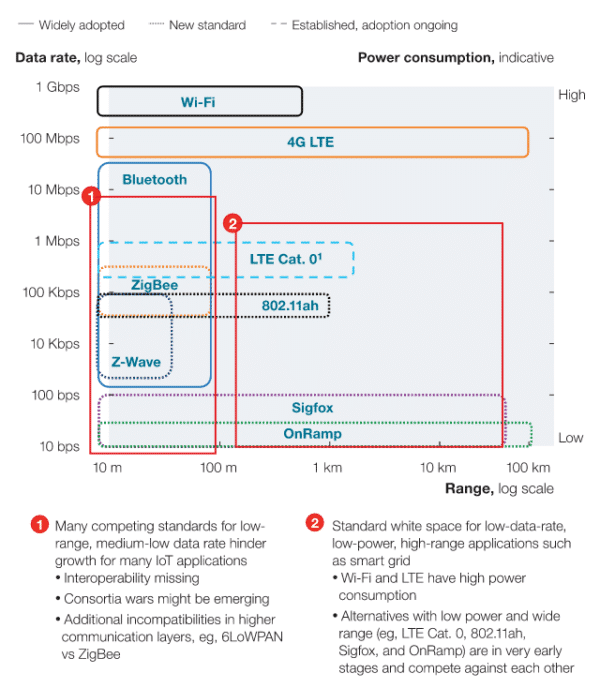 If power is a concern, 802.15.4 is designed specifically for low rate, low power communications over these ranges. If you don't want to write your own mesh stack, Zigbee and 6lowpan are available over the 802.15.4 transport.

I currently use TP-Link. Google for CPE210 from them. It goes 5k+ and it is relatively cheap. Just set it up as a repeater from your current router or you can use it as an AP.

Not the answer you're looking for? Browse other questions tagged wireless network outdoors or ask your own question.