I've been tasked to find a way to convert the output of a peculiar AC permanent magnet generator, so that it powers a lower voltage device. The output of the generator looks like this (at the most problematic speed setting): 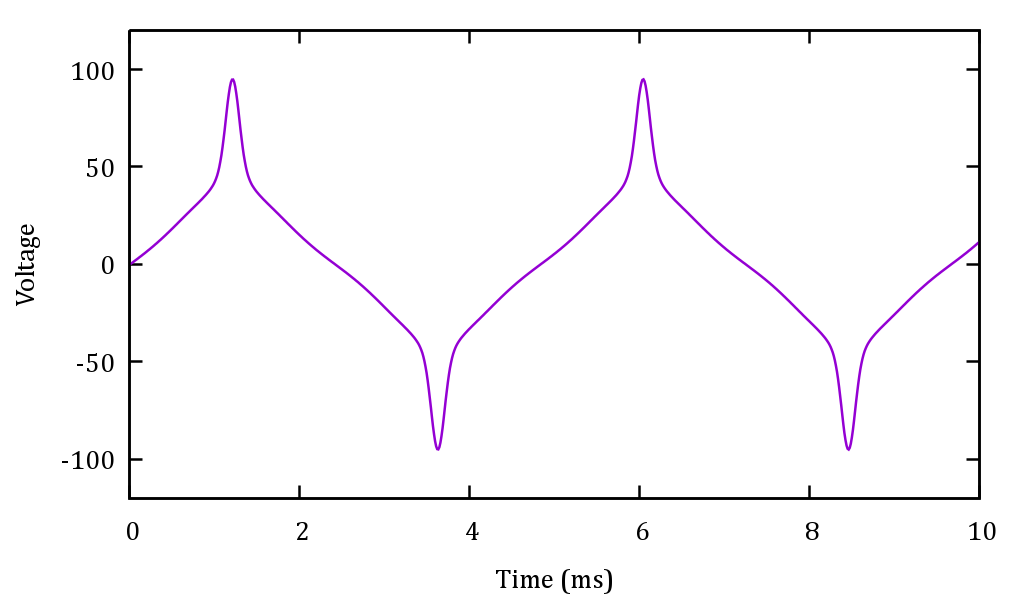 (I have misplaced the scope snapshot, but this is very much like it as I've recreated it from my notes).

Notice the problematic spike. Its amplitude is almost 100V. The RMS voltage is only about 35Vrms. Frequency is ~200 Hz. The generator may also turn slower, the lowest speed gives you around 12Vrms, 75 Hz.

The target device has a diode bridge and a DC-DC converter inside, and consumes ~5W. Unfortunately, it was originally designed to handle up to 35V DC and features 60V absolute max limit. It will be fine to run on any voltage (AC or DC) at 5V or more, as long as the absolute max is not exceeded (the abs. max rating cannot be improved easily).

I've been thinking about ways to do this conversion and they are all clumsy, or so it seems:

Ideally I'd want to make an adapter board, to be produced in modest volumes, with a BOM cost of a few dollars, say $5 max.

Which option should I go for, and am I missing some other approach?

I finally was able to actually physically see the generator in question and measure some things:

I think your option 6 would be the easiest to implement. Analog devices (via Linear Tech) makes the LT8631 high voltage step down converter shown below. It can take up to 100V input, so it can be driven from the output of the diode bridge. However, the BOM cost would probably be closer to $10. It might be worth it for the ease of design. 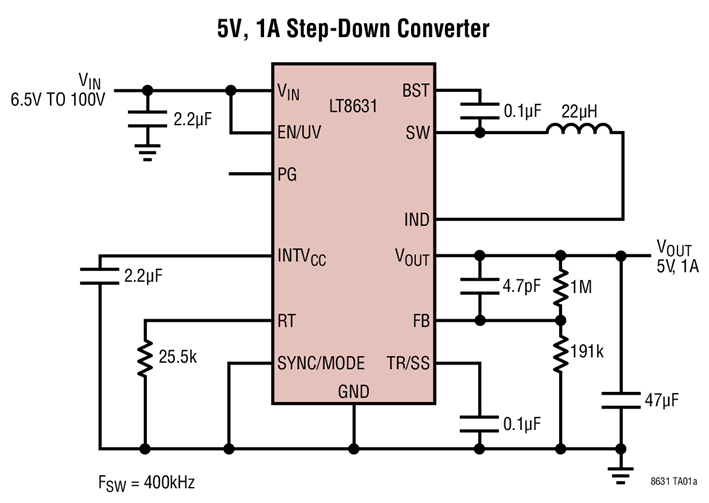 Not the answer you're looking for? Browse other questions tagged power-supply power-filtering or ask your own question.

7
LM317-based adj power supply output takes a while to stablize
0
Sixteen 100v isolated power supplies
2
A circuit/component which can reduce own resistance with increase of current
0
Multisim - Struggling with a power supply circuit
0
Passing Voltage above threshold
1
Why does the voltage of my Buck converting SMPS drop when a load is added at the output?
1
How to reduce transformer secondary voltage?
1
Filtering power supply noise