I like gluing together premade 1x female - female jumper wires and putting male pin headers on everything because its the least amount of manual labor I've found to be able to do to make wired connectors.

Sometimes I need a longer wire though. I've been breaking off little pieces of thick copper wire to put between the female jumper wires as a sort of extension patch but its nowhere near ideal, sometimes they slide and they are annoying to do.

Now I could get myself some male-female jumper wires to extend the female-female ones with but I'd like to keep the different types of parts I have to a minimum to ease organization. Also I have a crapload of female-female wires already.

If only the other side of the breakable male headers was long enough to make contact with a female connector, I could just put those between them instead. Has anybody seen those for sale anywhere? Do they have a special name?

They definitely do exist. One example here. 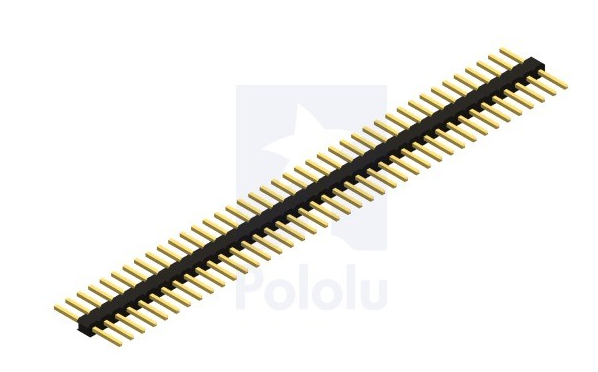