What is the frequency response of a charge mode amplifier?

I'm having some difficulty understanding the frequency response of a charge mode amplifier, circuit shown in Figure 1 below. 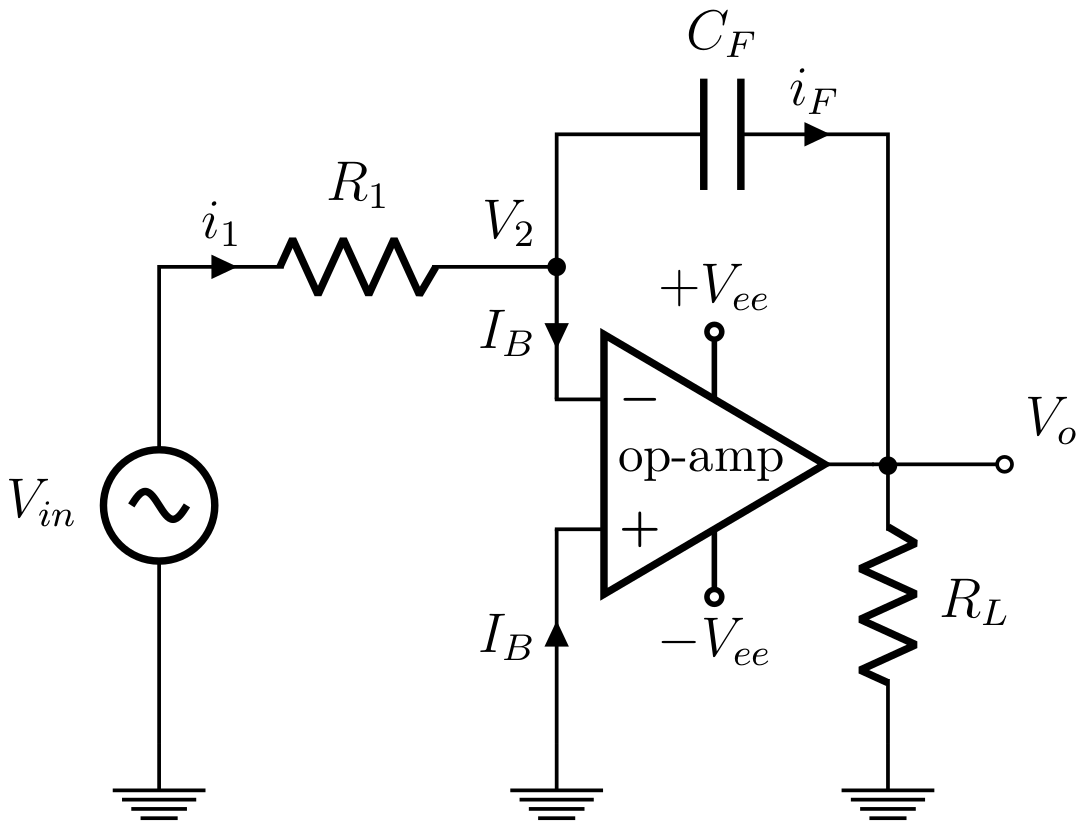 I believe I understand the principles behind an charge mode amplifier circuit, however I'm rather confused about the frequency response. Considering Figure 1 above, my understanding is that R1 and Cf will act as a low pass filter, where frequencies above a specific cutoff frequency (related to values of R1 and Cf) will be attenuated. However, having had a read through a Texas Instruments (TI) PDF (2) discussing this type of circuit, the frequency response doesn't appear to follow this rule (I was expecting a low pass filter response). The circuit and frequency response described by TI is shown in Figure 2 below. 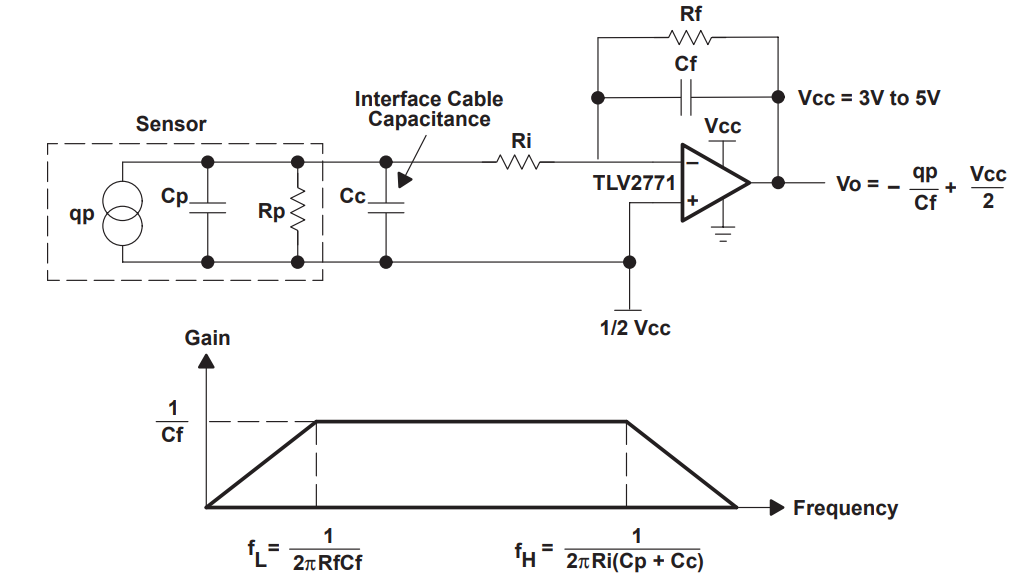 I'd really appreciate if someone could help me understand this.

Your first circuit is an integrator. It ideally puts the pole at zero, so there's no "corner frequency" as such...it's just 20dB/decade with (ideally) infinite gain at DC.

The second schematic adds Rf, which plays against Cf to give you a low-pass pole. I think they switched the high-pass and low-pass formulae on the frequency response chart.

Fig.1 is a Miller integrater which integrates the input voltage.

In Fig.2 there should be no Ri.

That's the whole point in a charge amplifier, both inputs of the op amp, along with the output from the sensor, are held at Vcc/2 (virtual earth) and so the cable capacitance Cc and sensor capacitance Cp have no effect on the sensor's output signal.

A voltage amplifier could be used instead to amplify the voltage output from the piezo electric sensor but only if the cable between the sensor and voltage amplifier is short. This is because cable capacitance will attenuate a voltage mode signal.

The charge amplifier's integrator has the response of a single pole, active, low pass filter with a pole at:

Rf must be kept very large in value so that the integrater integrates well down to low frequencies. The integrater only integrates properly when it is on its -20dB/decade (+90 degrees) part of its response.

7
Why does this first-order RC filter with an op-amp display resonance?
2
Designing a filter to achieve a specific frequency response
9
How does an op amp integrator work?
0
Amplifier and Low Pass filter not responding after few minutes of correct output?
2
Wrong frequency response - LTSpice
3
Calculate right leg drive integrator
2
Op amp circuit with two capacitors
0
Analysis of a high-pass filter
1
Why does adding a gain to a Sallen-key second order HPF change the amplitude response?