TL;RD. I want to power N number of 12V LED strips using a PC ATX PSU.
Is it safe & what bits do I need to add to make it function as intended?

Some context: I'm basing my work on 2 pretty decent articles on the subject:

I bought some Arduino-friendly MOSFET boards (duinotech XC-4488) to do some prototyping before risking frying larger devices (such as the Mega I bought for this project), then some manual bread boarding using NMOS for PoC & testing, but soldering & running 48+ MOSFET is cost-prohibitive & there's probably a better way of achieving this outcome by using an IC, thinking 3x MAX6971. Effectively I'm making use of them as glorified relays attached to PWM pins.

I've sketched it out via Fritzing & went as far as running a simulation via TinkerCAD (although due to limitations I couldn't recreate it 1:1). 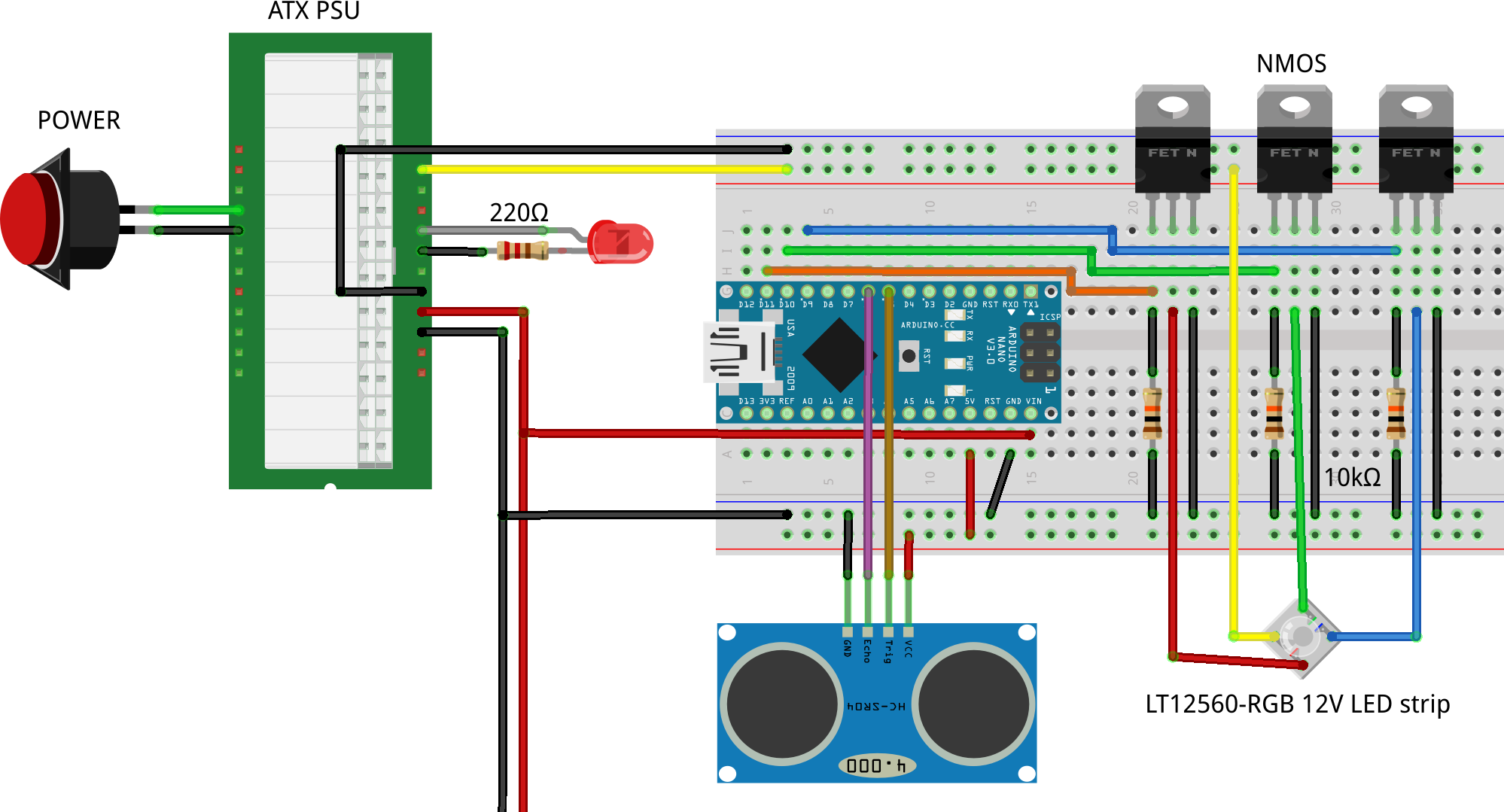 & the final build looks like: (keeping it simple, since relevant resistors are build into the MOSFET boards from what I can tell)

I did some basic tests before firing up & it seemed to have checked out OK, but I was VERY much mistaken, since once I plugged into the ATX PSU, it wasn't long before I got the LOUD POP, flash, magic smoke, funky smell of ozone & the lights went out in the house. So I'm unsure if it was my ATX PSU that's faulty, but it seems far more likely that I screwed up somewhere.

Needless to say I'm very reticent to pop another ATX, and worry that my invention may be a danger to myself & others. Luckily I wasn't running my Arduino from the same PSU via Vin (is that legit?)

I'd really appreciate some help here, as I suspect I'm not officially out of my depth.

72W at 50% PWM on 12V is 36W at some low frequency like 1kHz of AC ripple current which is excessive for most decoupling caps in ATX PSU’s.

If output caps have a dissipation factor which determines what % of load ripple power must be absorbed by the cap. Aging increases this rapidly.

Although a typical MOBO has dynamic CPU loads the change rate in frequency of load cycles is much lower.

Not the answer you're looking for? Browse other questions tagged power safety led-strip led-driver atx or ask your own question.