How do I run an arduino and a dc motor on a single battery pack?

I have an Arduino and a bunch of components, among which, a dc motor (actually an aquarium pump) and a heater. These are connected via a relay module, so that the Arduino can switch on the motor or the heating element by tripping the relay. The circuit is laid out as follows: 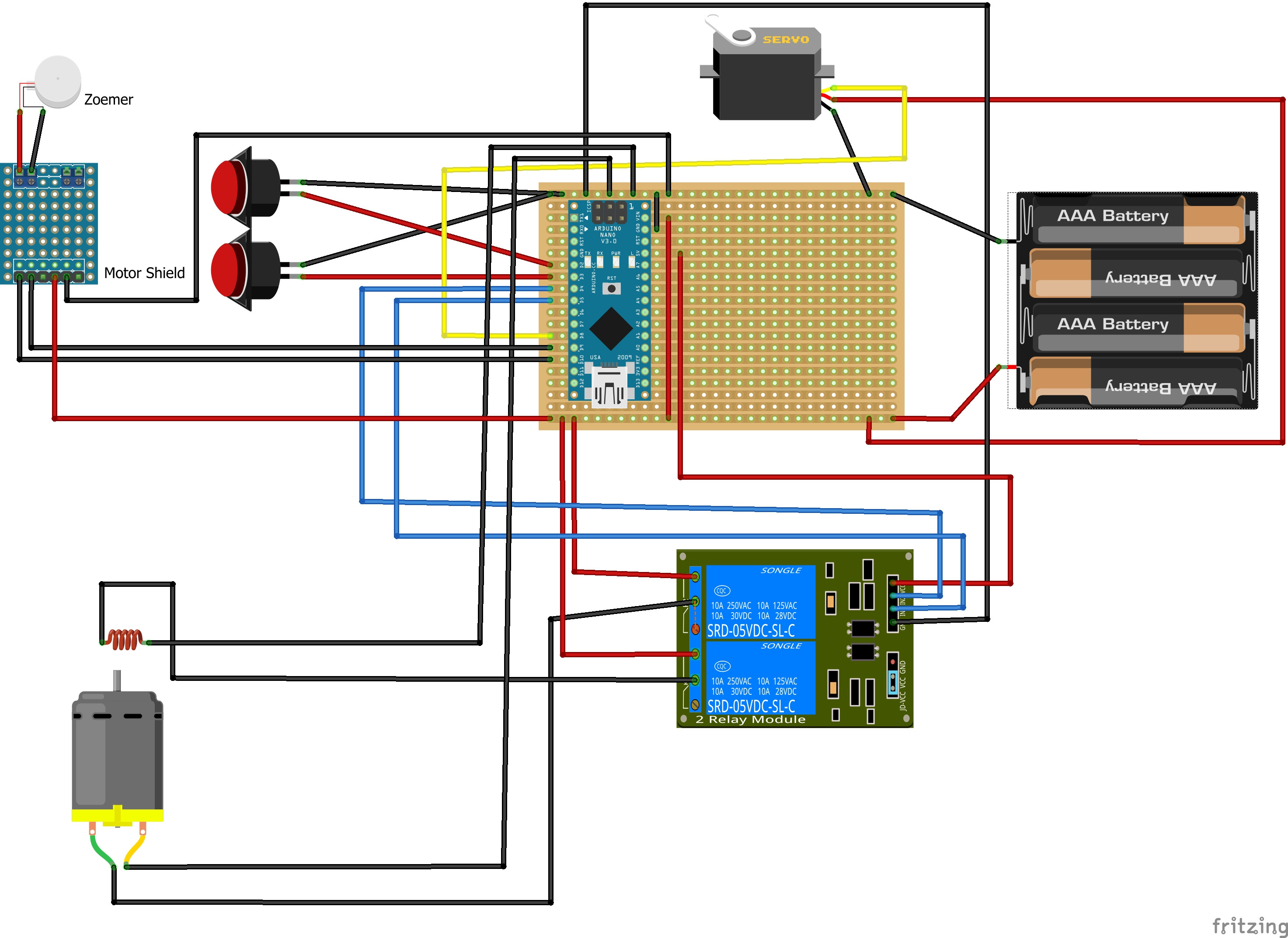 As you can see, a battery pack supplies 6v to the Vin pin of the Arduino and to all the components.

However, the Arduino became unreliable as soon as the motor was switched on. I understand this has something to do with noise the motor introduces to the circuit. Figuring I could isolate both the motor and the heater completely from the rest of the circuit, I added a second battery pack and connected the heater and the motor to it via the relays: 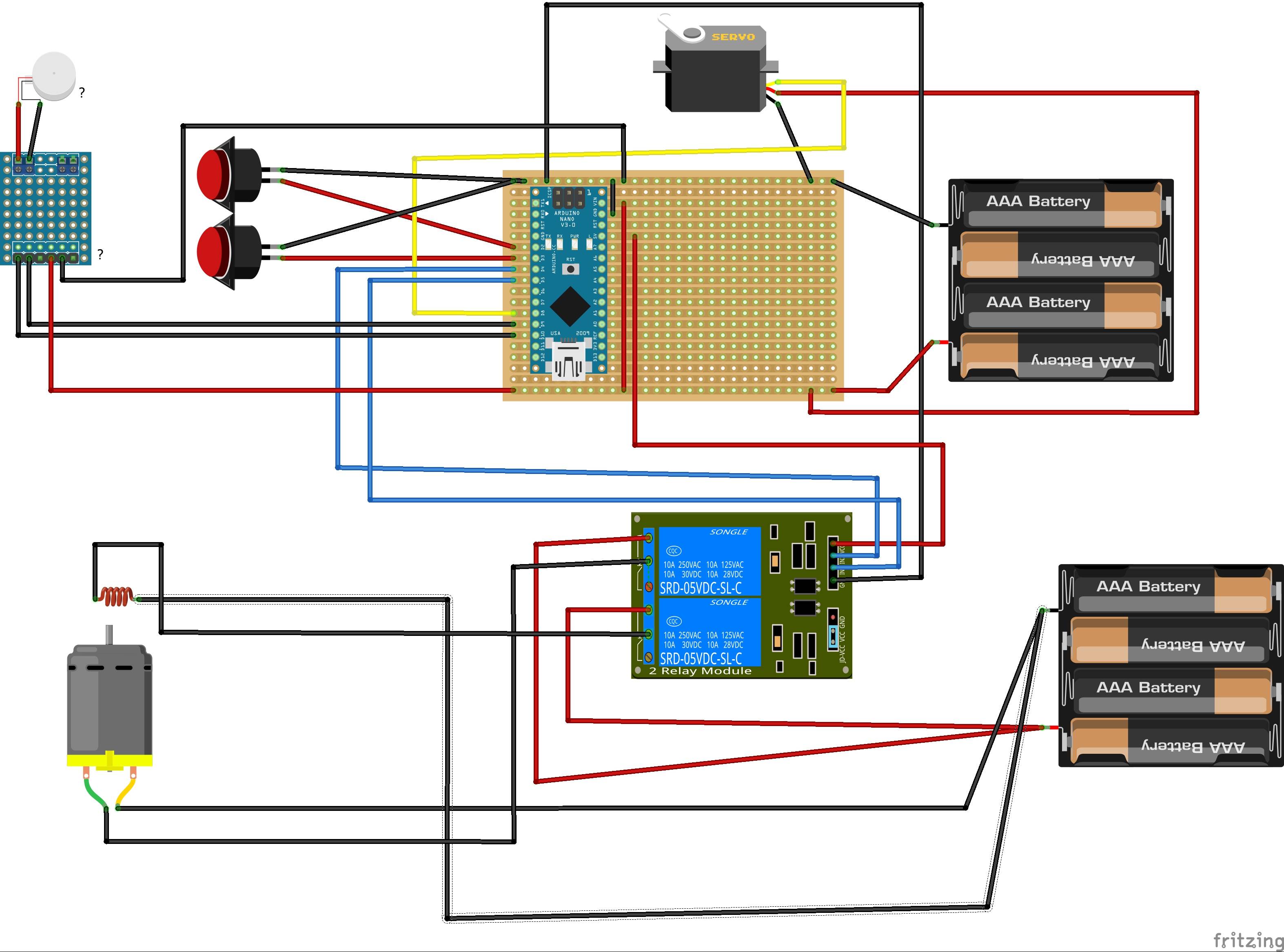 This works! However, now I need two battery packs (and essentially double the batteries) to make this circuit work. How can I make this work using only a single battery pack that powers both the Arduino and all the components, but without the motor introducing "noise" (or rather, whatever the specific problem in that setup is)?

Edit: a diagram showing what I think is the situation where turning on the motor causes the Arduino to behave unexpectedly, followed by a diagram of the situation in which this doesn't happen but the motor requires a second, isolated power source: 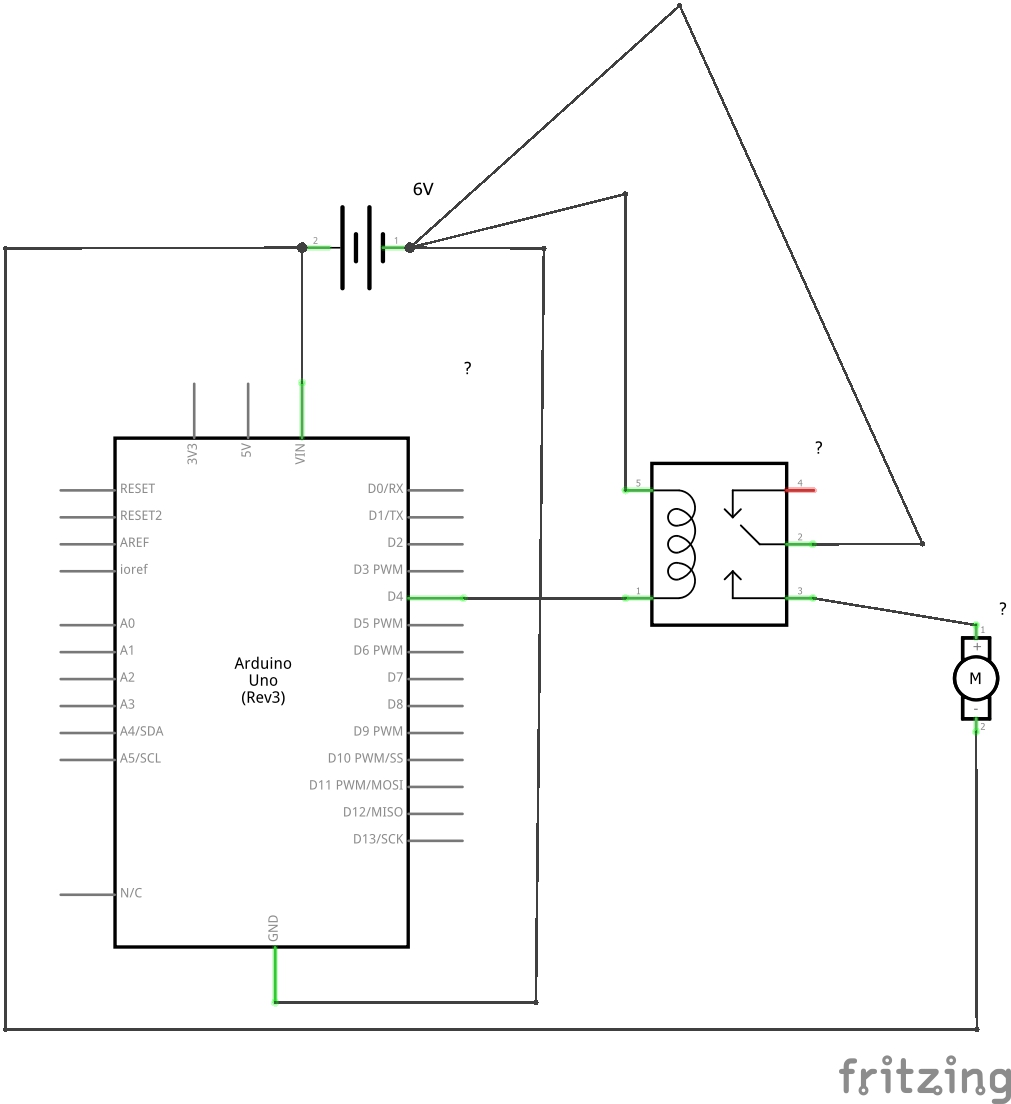 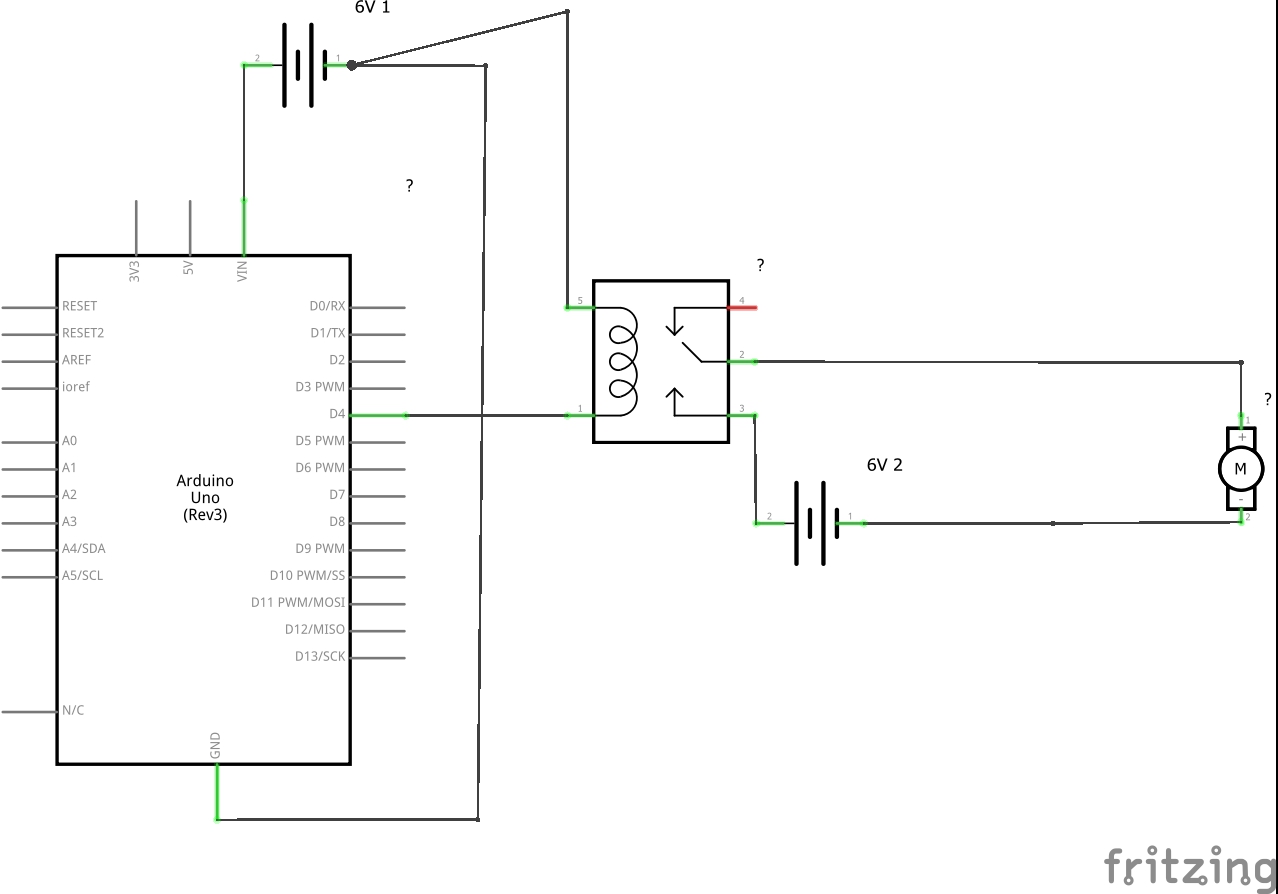 The Arduino Nano V 3.0 has an LT1117 voltage regulator at VIN. The dropout is somewhere between ~1.1-1.5V. According to the Arduino tech spec. the lowest VIN should be 7 Volts, so you´re pushing the margins. What probably happens is that your unspecified motor pulls more current than the internal resistance of your circuit can handle, thereby dropping the voltage to the Arduino even more. You might get away with just adding one or two cells to the first setup.

If you´re really using one of those batteryholders in the Fritzing picture, note that they can have quite high resistance.

Not the answer you're looking for? Browse other questions tagged arduino relay circuit-design dc-motor or ask your own question.

2
How to short a DC motor?
4
Reversing direction of a 115v ac motor using Arduino
0
High-current motor on isolated circuit causing servos to move
2
Can I use a transistor and a relay in conjunction to control the speed and directional rotation of a brushed motor?
0
Powering Arduino and servo motor
0
Controlling 12V 70A Motor(s) with Arduino MEGA (or NANO) and a 4-terminal automotive relay
1
How can I design a simple dual battery e-bike protection circuit?
0
Reading motor limit switches with Arduino