Searching on web for make h-bridge to forward and backward dc motor with ic 555 by microcontroller ESP8266 GPIO (PWM), i found some helps and i did this circuit: 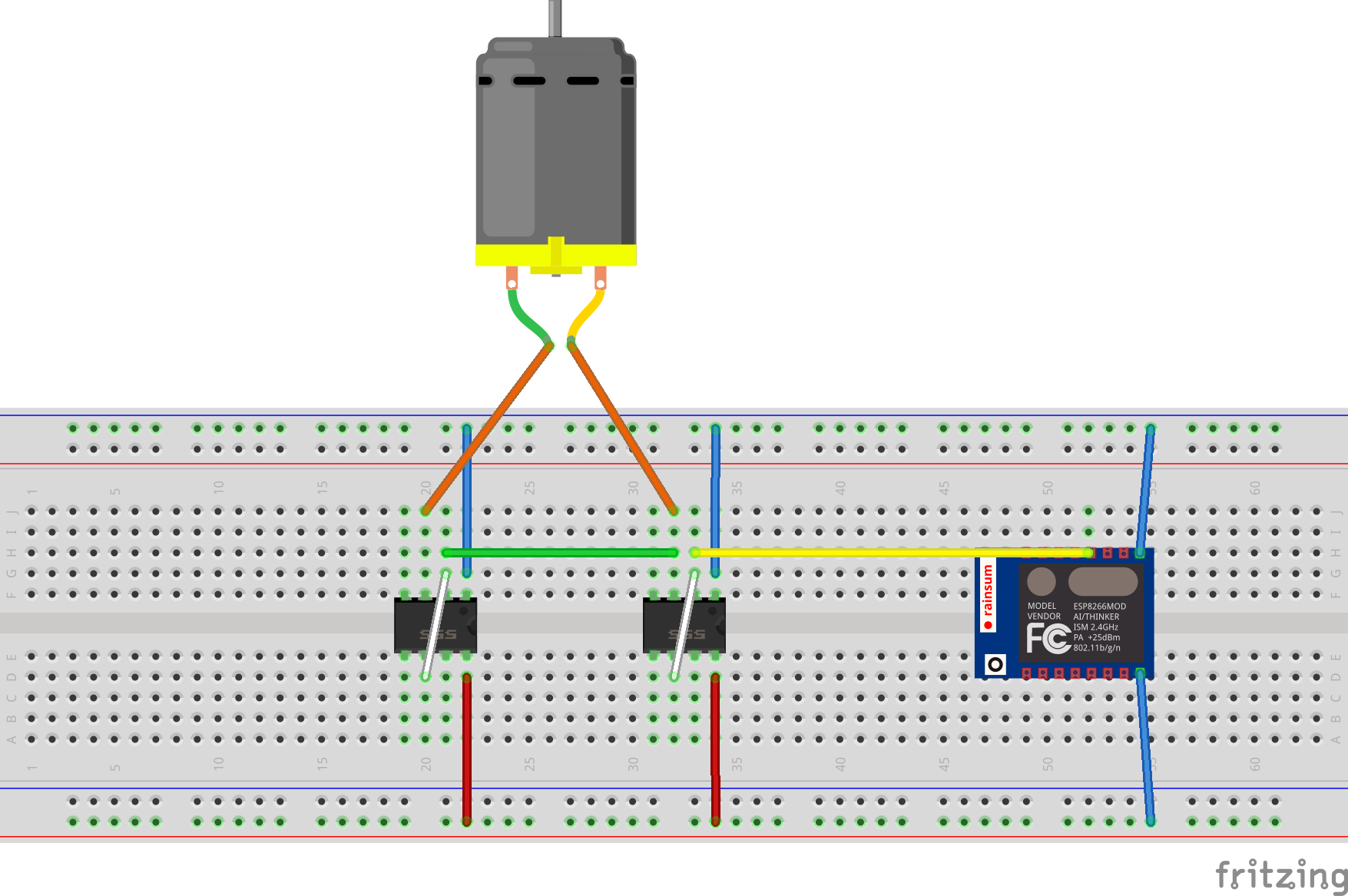 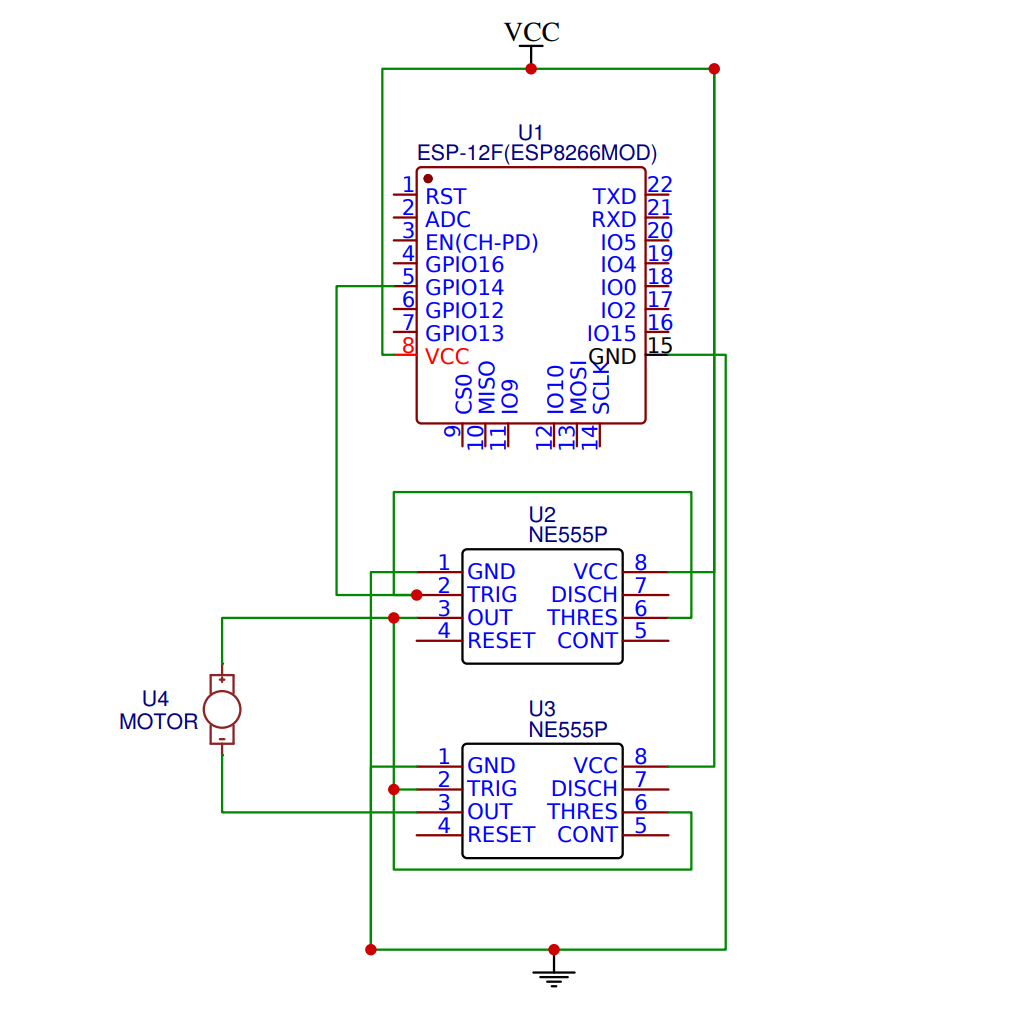 This circuit always stay with +3.95v (this voltage not matter now because i will increase later with a power boost IC) and, when the gpio pin send a signal, the voltage go to -3.95v.

Anyone can help me?

A classic example of 'if your only tool is a hammer, then every problem looks like a nail'. A 555 isn't the obvious choice for a motor driver, but as its output is good for +/- 200mA, and it can be rigged as an inverter, why not?

At the moment, you've got a diagram that gives you only forwards and back. The second 555 takes its input from the output of the first.

Change it so the second 555 takes its input from a second GPIO. Then you have independent control over both lines. Now programming either '00' or '11' give you 0v on the motor, '01' and '10' give you forward and back.

Now who would have thought that CircuitLab had a 555 symbol ready to use? OK, it's not a good one. If you don't have inputs on the left and outputs on the right, then a facsimile of the pin positions is preferable to random, though if I squint I can see some pin positions. At least Vcc is top and GND is at the bottom.

I've learnt something today! Here's a link describing the use of a 555 as a power inverting buffer. A nice feature is that it's claimed to have high hysteresis, based around its 1/3rd and 2/3rds switching thresholds, retaining its current state when the input voltage is in the middle third.

A comment on your code. While yours economises on writes to get the three 00, 01, and 10 states, you are debugging, where readability and certainty is everything, and efficiency is not necessary. I would be more inclined to write the loop as

being explicit about the full pin state before each delay statement. I can see at a glance what the pin state should be, I don't have the workload, or the potential error, of flogging through the program logic to see what's still set from last time.

Long variable names offer too many chances to mistype the name, shorter ones are easier to proof read. So many times I've copy/pasted code from elsewhere, and wasted so much time because I've not changed all the names I should have, and not spotted it because they were so long and plausible looking. For production code of course, long descriptive names rule, but this is debugging!

Not the answer you're looking for? Browse other questions tagged dc-motor 555 h-bridge gpio esp8266 or ask your own question.

0
Generate PWM signal based on 555 for Meanwell LDD driver
0
Reverse signal protection for two devices with different voltage levels
1
I need a switch that not only detects open/close, but also sends a pulse to wake up an ESP8266 whenever the (debounced) state changes
0
Putting an ESP8266 to sleep via either of two signals
1
Sonoff ESP8266 GPIO flickering
2
ESP8266 DC Motor Won't Stop
0
Interfacing with (Two) Full-Bridge PWM Motor Drivers to Control a Stepper Motor
0
Time triggered switch off
1
Getting trigger signal for 555 timer from elevator button