I'm trying to understand a sensor circuit I've come across, which I've simplified to the following: 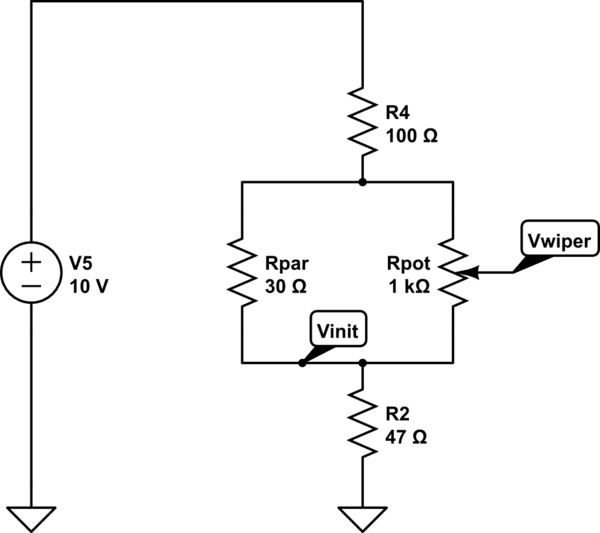 In short, it's a potentiometer segment in parallel with a a resistor of lower value. The output voltage at Vwiper is fed into an automotive ECU. I can't measure the potentiometer resistance without modifying the circuit, but for the sake of the example, I've given Rpot a value of 1K.

Update: after the feedback in answers, I've further simplified the circuit and modelled the potentiometer as two resistors the value of which depends on the wiper position: 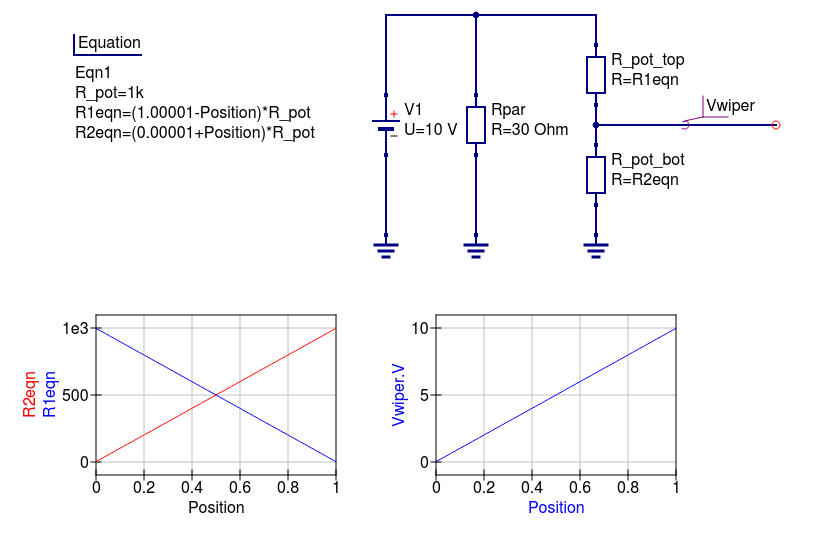 The voltage increases linearly with position in the simulation results, which seems to be confirmed by my measurements on the physical circuit.

I have also measured Rwiper vs position on the real circuit, which does not seem to be linear. It's a tiny potentiometer strip, so measurement is not exactly accurate: 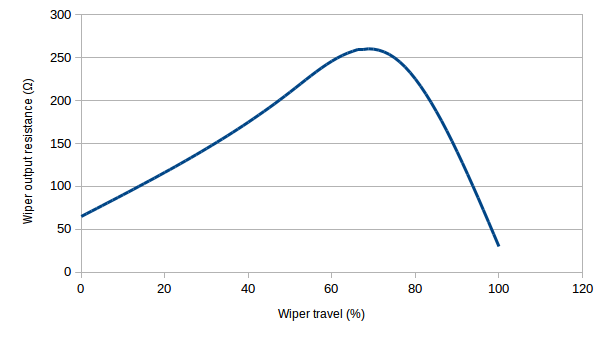 Notice how the output resistance starts at about 65 Ω, peaks to ca. 250 Ω and ends up decreasing to the Rpar value (30 Ω). I assume it starts at 65 Ω because the wiper rest position does not go all the way down to 0 Ω.

For more background (skip if not needed), the sensor has a continuous resistor track, divided in 7 segments. Each segment of the track has a parallel resistor as the one shown, each with a decreasing value in logarithmic progression. I've lumped together the rest of the stacked segments into R4 for simplicity.

The output, taken between Vwiper and GND, is a logarithmic curve. I believe the purpose of the segments and the parallel resistors is to do piecewise approximation to obtain this voltage curve.

I can measure, and plot the output voltage, but I somehow cannot grasp how the resistor network actually works.

In other words, given this simplified circuit, I would like to understand and if possible, plot, how the output resistance between Vwiper and Vinit varies as a function of the wiper travel.

It's been many years since I've done any circuit analysis, so any pointers would be helpful on the question:

The equation where Rlow is the potentiometer low side resistance

For a linear potentiometer the R graph (% Rlow from Rpot) looks like this: 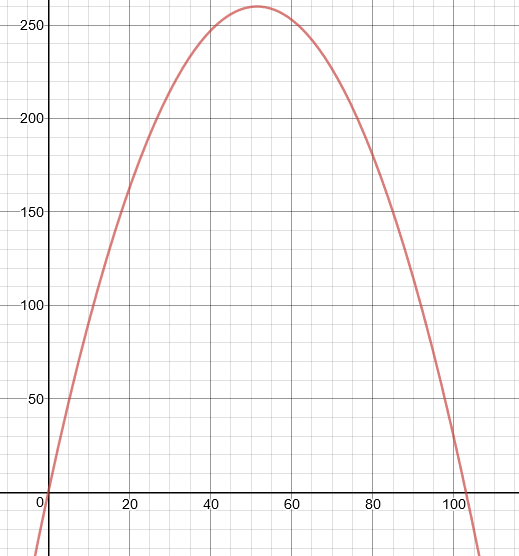 As you see it doesn't look like your graph, that means the pot is non linear.

Don't let the fact that there is a potentiometer in the circuit confuse you. In any one setting, you can replace the potentiometer with two fixed resistors. Once you have done that, you have a simple 4-resistor network to solve.

Solve this at as many pot settings as you like to get a graph of voltage as a function of pot position.

With a little extra math defining the two resistors you are modeling the pot as, you can write down the closed form equation of output voltage as a function of pot position.

If you measure the resistance between Vwiper and GND then R4 and voltage source do not matter and can be removed for clarity. If you measure from Vinit then R2 also irrelevant.

What you left with is two resistors in parallel, with wiper measuring from 0 at the bottom to Rpot||Rpar at the top.

Now, to understand the resistance in the middle I suggest you replace Rpar with a wire, since it's resistance is very small comparing to Rpot. All this will do is make wiper resistance 0 at both ends, and your plot will be symmetrical.

Now, as you move wiper along, it will go further and further from the end, increasing resistance to (Rpot/2)||(Rpot/2) in the middle. Then it will be coming closer to the other end, eventually reducing resistance back to 0. BTW, this gives you an easy way to measure actual Rpot value.

If you return Rpar back into the picture you will see that all it does is raising one side of the curve, skewing it a little.

I hope this gives you enough pointers to come up with an equation.

Not the answer you're looking for? Browse other questions tagged circuit-analysis resistors sensor potentiometer automotive or ask your own question.