I need to experimentally set the \$k_p\$ and \$k_i\$ parameters of PI controllers for the DQ-axes of a vector controlled BLDC motor. I have been looking for papers and application notes proposing practical tuning and fine tuning techniques, but could not find much.

Because the DQ-axes influence each other, I feel I cannot treat the two completely separately.

This is how I currently do it. For each point, I apply a 1 A amplitude step response for about 1 second, having the motor reaching a speed of about 400 rad/s:

The biggest challenge I face is that at locked rotor, or applying the step to \$i_{d}\$, closed-loop dynamics are extremely easy to shape to my desires, but if I let the motor spin at high velocities (more than 400 rad/s in my case) large disturbances begin to appear (where they come from is a longer and unrelated story) and these can turn my closed-loop systems unstable.

Are there good practical tuning rules for parameters of such control architecture?

Why do you feel the need to tune D and Q separately? D-component is non-torque producing current which manifests itself in the ABC reference frame as a phase shift. Why is this important? well it depends on whether you intentionally require D-component or not...

If for instance you wanted field weakening then yes you would want to control the D-component however this isn't the case here as you have a fixed D-current demand of 0, the standard method. In doing so the displacement power factor is minimized.

Why state this... well the four listed steps is implying independent tuning steps for D and Q which opens the possibility of different frequency response between the D control and the Q control. Think for a minute what this will result in? if the D-control had a bandwidth a 10th of the Q-control, there would be a lag in controlling the D-component to zero resulting in unwanted D voltage/current for a longer period of time during and after acceleration resulting in a sluggish performance, inefficiency and possibly stability considerations.

Traditionally the Q and the D share the same control parameters ( note: not always the case as there are benefits in limiting the D-demand).

So if it can be accepted that \$K_{pq} \equiv K_{pd}\$ and \$K_{iq} \equiv K_{id}\$ how to tune? there are a couple of empirical methods (Ziegle-Nichols, Cohen-Coon) and these are useful if you do not know the plant, but you should. in this instance the plant is the line-line resistance and inductance of your machine (at rated current)

The plant transfer function is thus 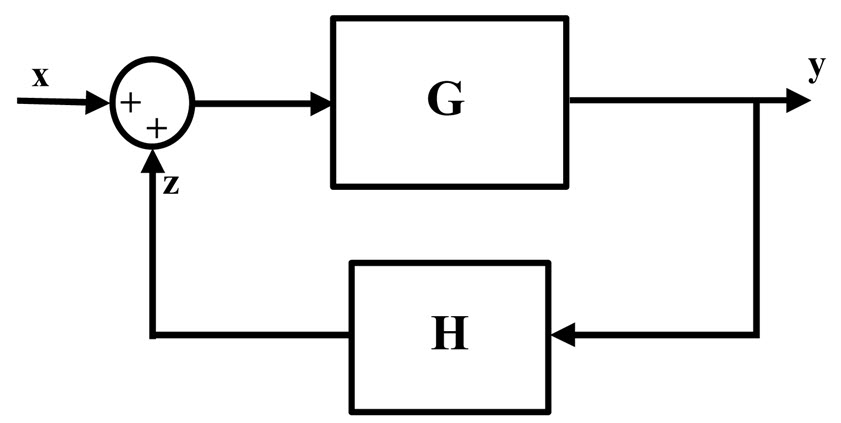 A PI controller has a transfer function equal to

The the feedback control system is:

This can be rearranged into one of the many standard forms:

With a desired damping factor and a target resonance frequency, Ki and Kp can be determined to match your known plant.

Not the answer you're looking for? Browse other questions tagged brushless-dc-motor pid-controller pmsm tuner or ask your own question.