I have a question which I hope is not out of the scope of this branch of the exchange network and is a fair question (to be fair I have provided a block diagram on what I have so far) on the "basics" of how to implement a per/pixel shader block on an FPGA provided with the three components below. I have been able to create the core with the blocks in the main box but right now it is a wireframe design.

Can any guidance be provided as to what goes into a shader from a conceptual standpoint and is it feasible to try to create a shader from the resources on the board provided below? Does coloring proceed shading? 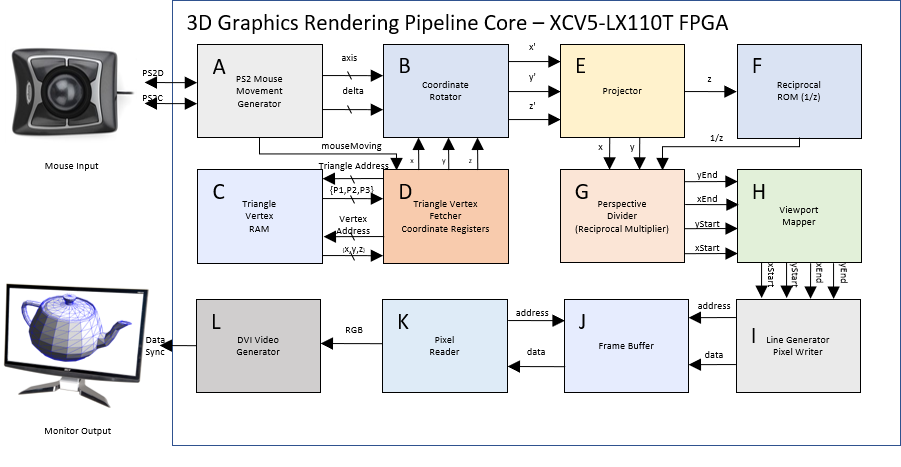 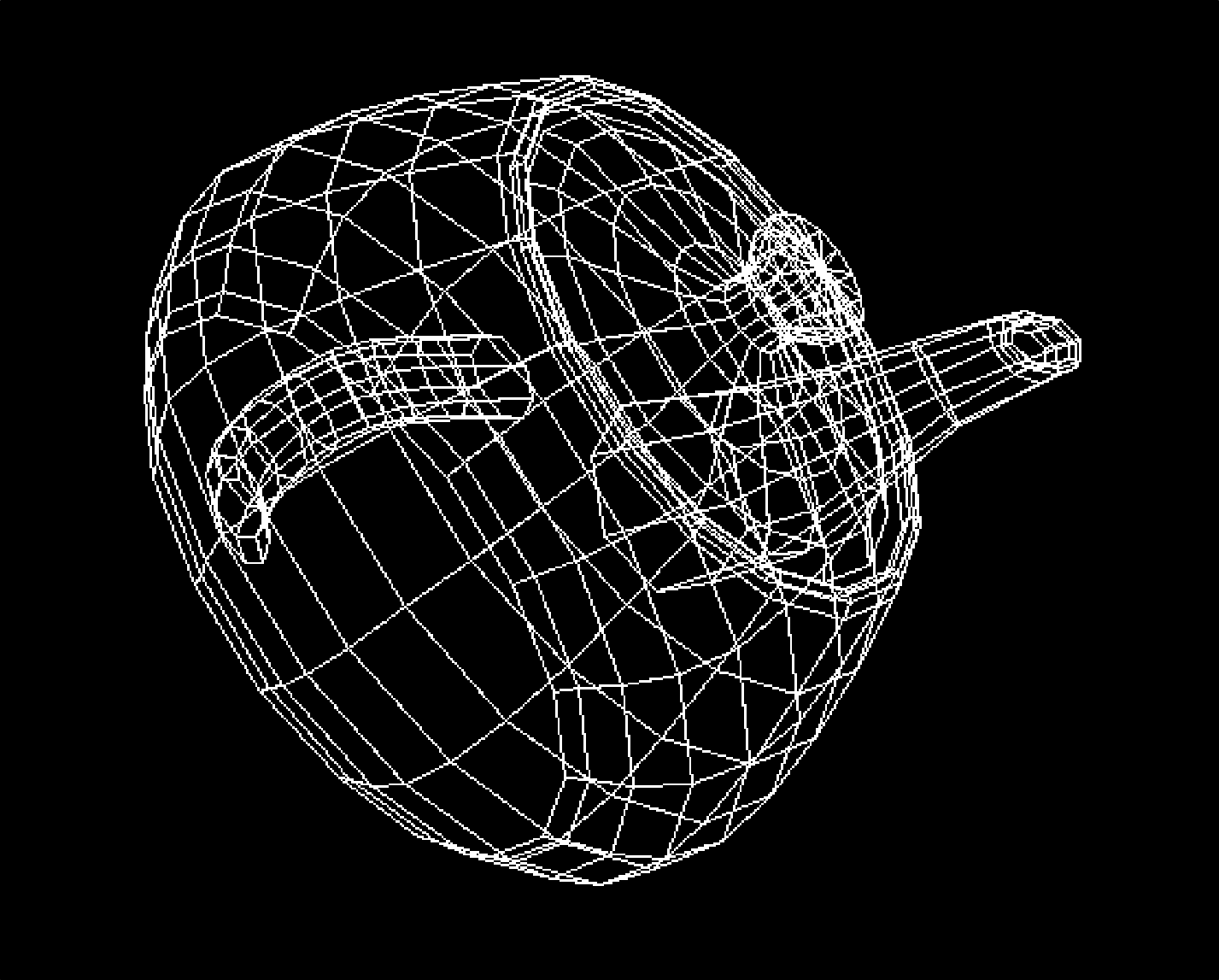 This pipeline doesn't map triangles, but looks at each vertex in isolation, so it cannot do more than draw a wireframe.

You can probably color these pixels differently by inserting a block between the line generator and the frame buffer that, for each pair of coordinates received, runs a small program/state machine that decides what value to write to the framebuffer.

At this point however all 3D information is lost already (the line generator doesn't interpolate Z values, even though it could probably be extended to do so with little extra cost).

For useful shaders, you probably also want to reverse the rotation (so the shader has access to world coordinates), which requires another matrix multiplication block or a separate state.

For lighting, we need to run triangles rather than vertices through the pipeline so we can determine the normal vector (which would be underspecified otherwise), which is a considerable change, but should still be possible with the existing framework.

The other thing that is missing in the current pipeline is a Z buffer.

Not the answer you're looking for? Browse other questions tagged hardware gpu or ask your own question.