I want to know if it is possible to use a 2.4 GHz magnetron as a oscillator for a Tesla coil circuit. The idea is to use a oscillating relay-driven step up transformer (12 V to 10 kV) and then charge a capacitor bank up, just to smooth the DC output. This would then be used to power the Tesla coil circuit. I saw VTTC circuits on the web and was wondering:

What if I use the antenna of the magnetron and the positive and connect those to the primary coil of the TC? I do have a magnetron but I want to know if it's going to be worth the try, since I still need to buy the transformer and the copper coils. 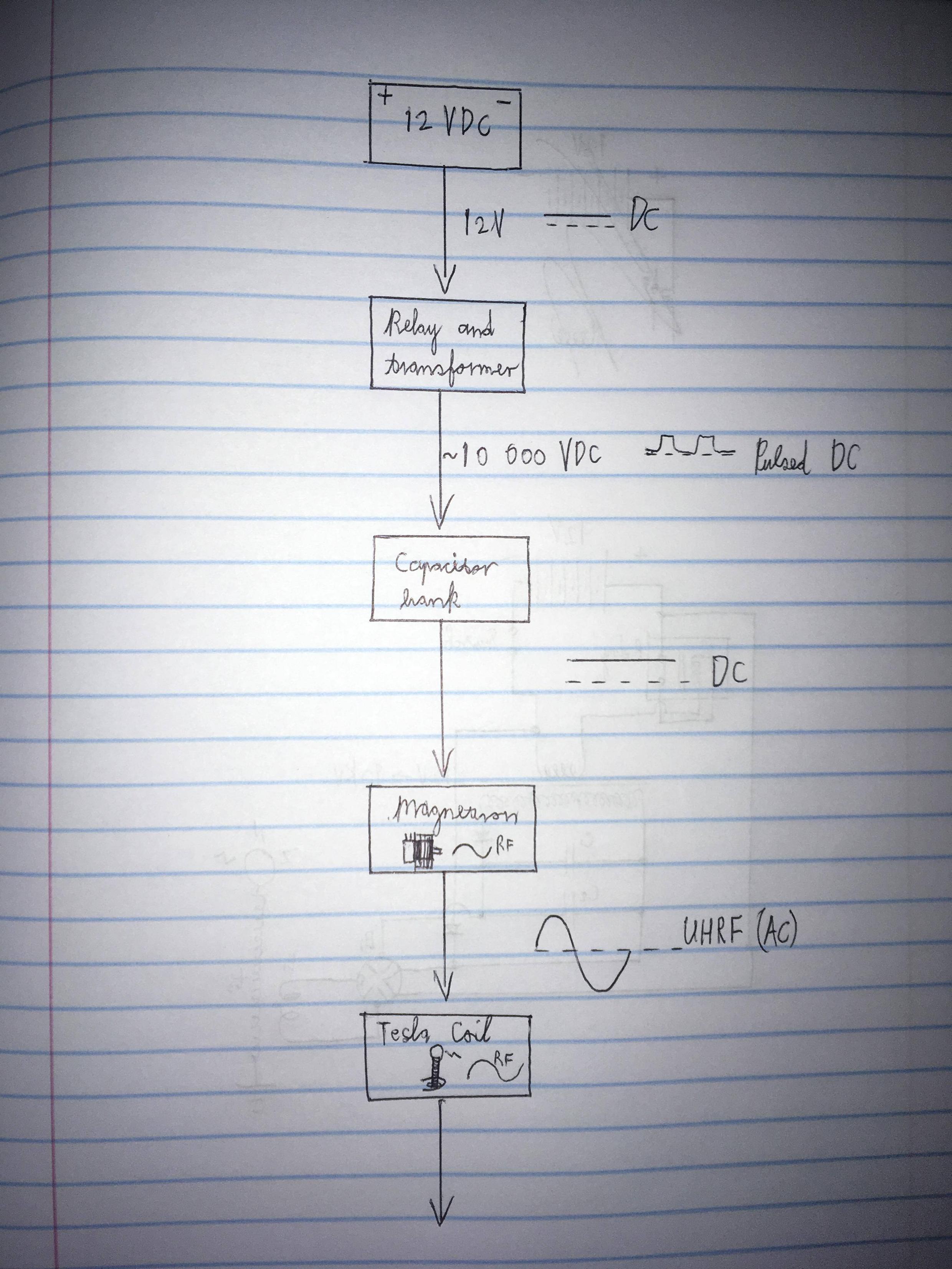 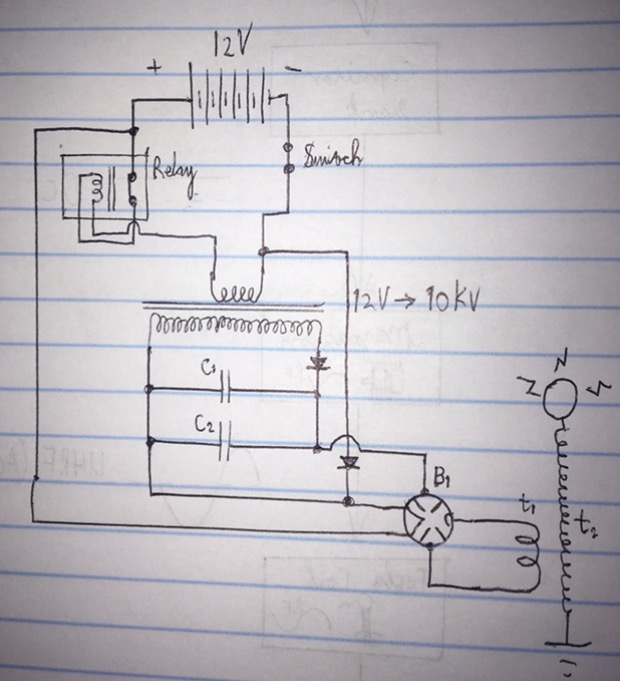 Is it possible to use a 2.4GHz magnetron as a oscillator for a Tesla coil? The short answer is no, definitely not.

The long answer is... well, long. Note that the following reasons are each, by themselves, absolute show stoppers. Only one of them would need to be true to make a 2.4 ghz Tesla coil totally impractical. Unfortunately for this idea, the situation is much worse than just one of them being true: all of them are true.

Oh, and on a related note, you should not power a bare magnetron up, and you are definitely not capable of doing this safely if you are even considering doing it in the first place. It takes a lot of experience and theory and even then, predicting how microwaves will behave is difficult. You need to shield anything near by properly, and it is very easy for a large amount of RF energy to concentrate in human tissue and cause internal burns that we lack any nerve or pain receptors to feel. Expect to cook an organ (how many non-vital organs do you have to be cooked? Not many) or, the most common injury, is simply destroying your retinas and you just don't get to see things anymore for the rest of your life.

And even if you aren't concerned with your own safety, it is unlikely you'll be able to keep nearby pets or people sufficiently safe. Just don't play with magnetrons, for everyone's sake.

Also, most magnetrons are dangerous if they are simply exposed. Does yours have a little bit of purple ceramic looking stuff near the antenna? That is beryllium oxide. In it's bulk ceramic form, it is fairly safe, but like any ceramic, it tends to form very fine dust particles in the event it breaks or is crushed. You do not want to breath those in. They can cause Berylliosis, and as a bonus, they're carcinogenic to boot. This isn't some OSHA level, cover your butt safety crap - you really legitimately do not want to mess around with stuff like this.

You can. Tesla was working between 6Hz and 60GHz. Use patent 787,412 to modify your frequency if it's too high for capacitors or too low for managing the physical volume of the wavelength.

Metacolin is right, smaller coils are a pain to tune but you asked if it was possible and it is. But at the higher frequencies the nature of your coil also changes. You need to have a head for these things and that's where imagination and inventiveness come in handy.

Not the answer you're looking for? Browse other questions tagged voltage coil tube vacuum magnetron or ask your own question.