I want to create mobile app that will control some external simple mechanical device. I want to use bada wave s8500 for this purpose so have access to Bluetooth and WI-Fi. Now I'm looking for advice related to chip (that will translate command from phone) on my mechanical device. Of course it should be something simple, small and cheap if it is possible.

Has somebody any experience with this? I will be pleasure for any advice or idea.

For a beginner I would suggest Arduino - A company in china has just created a cool and cheap x-bee compatible device that has an ATMega chip (compatible with Arduino IDE) and Bluetooth in a single PCB called the Bluetooth Bee with Arduino. And here is a schematic. 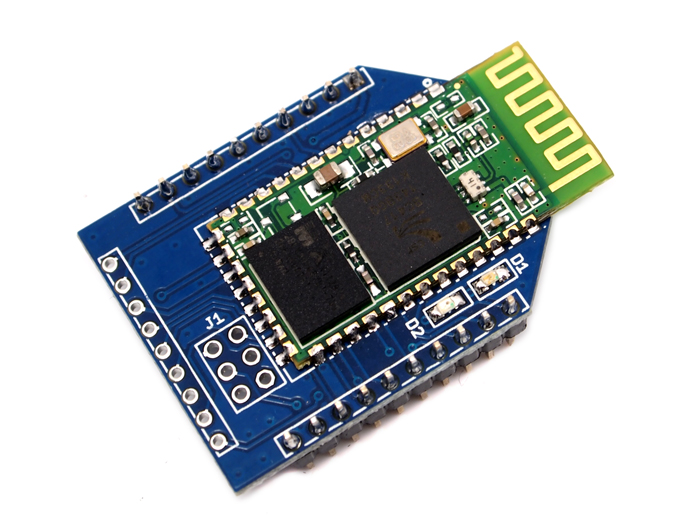 Description Save that extra Arduino you have lying around for another project, this two-for-one device has the Arduino built-in. Bluetooth Bee with Arduino is an enhanced version of the Bluetooth Bee. We added an onboard ATMEGA168 to it to make it a full-featured Arduino while maintaining the same footprint and instruction set as the Bluetooth Bee. Plus, it still allows you to stack it on XBee Carrier, XBee® Shield, and UartSBee for expansion or reprogramming

You can also buy the original development board from Arduino that allows you access to more input and output pins. 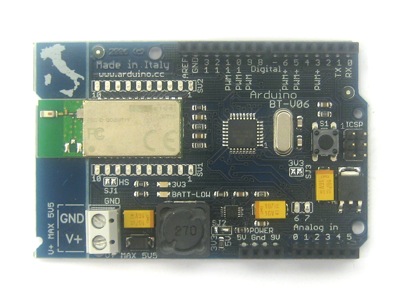 The Arduino BT is a microcontroller board originally was based on the ATmega168, but now is supplied with the 328. and the Bluegiga WT11 bluetooth module. It supports wireless serial communication over bluetooth (but is not compatible with Bluetooth headsets or other audio devices). It has 14 digital input/output pins (of which 6 can be used as PWM outputs and one can be used to reset the WT11 module), 6 analog inputs, a 16 MHz crystal oscillator, screw terminals for power, an ICSP header, and a reset button.

You pair to the device and you will get a transparent communications port where you can send and receive plain text messages. Thanks to this it is easy to develop code for both devices because they already have libraries to help you.(except iPhone and WP7- So that leaves Android and WP8 (possibly iPhone5))

You will still need other circuits to control your devices so you should do some more reseach into what you will need. The Arduino(or similar MCU's) simply cannot switch or drive heavy equipment.

Not the answer you're looking for? Browse other questions tagged bluetooth wifi cellphone remote-control or ask your own question.

2
A Bluetooth device that will send data to a mobile phone
0
Make two bluetooth modules communicate directly?
3
Connect microphone to RN-52 Bluetooth module
0
What's an easy approach to provide Wi-Fi/Webserver to mobile phone apps without hotspot
6
How to detect a Bluetooth low energy device or IBeacon without a smart phone?
0
Bluetooth - NFC communcation
1
Difference is Bluetooth Smart and Bluetooth audio