What makes one microphone better than another, and how do I make my own?

I am curious about microphones and have a few questions.

To get good frequency response the diaphragm must be very light. The lighter the better. But the lighter something is, the more fragile it is. So steps have to be taken to make it more robust and/or to protect it from damage.

Building a diaphragm is super difficult and requires specialized materials and machinery. This is beyond almost every hobbyist, and even most companies. Odds are that more than 75% of the mic brands sold in places like Guitar Center do not make their own diaphragms-- and it could be as high as 90%.

It is possible to make a diaphragm in your home, but it won't sound good at all. You would be lucky to make one that has "telephone quality".

Sometimes the diaphragm is called the "mic capsule", but that can sometimes be misleading.

Another important task of the mechanical design is to reduce handling noise-- noise caused by someone holding, moving, or adjusting the microphone. In really bad mics, just flexing your hand while holding the mic will be clearly heard.

Most mics, particularly condenser mics, have electronics in them to boost the signal from the diaphragm before outputting it. Some mics also have simple switchable high-pass filters that further reduce handling and wind related noise.

Of course the electronics have to be low-noise while being able to handle a huge dynamic range without distortion. Even though these circuits are usually very simple, making them high quality is easier said than done.

This gets even harder for the USB-Mics that are coming out. Making a consumer grade USB mic isn't too hard, but a studio grade USB mic is difficult due to the extra electronics.

Doing the above things consistently is super important for a microphone manufacturer. Once you have the expensive manufacturing equipment it is relatively easy to make a quality mic. But making two quality mics that match each other in output level, frequency response, transient response, etc. is difficult.

This is super important if you need a pair of mics for stereo recordings. If the left mic has a slightly different frequency response than the right mic then the recording will sound weird. Almost every mic company will sell "matched pairs" of mics, where they go through a batch of mics and find two that are very closely matched. Other companies won't even bother since they have a hard time making 2 that are the same.

This is super difficult, but depends on how much you want to do yourself. Making one from scratch is almost impossible because it requires skills and equipment that is rarely found in one person (vapor deposition, electronics, metal fabrication, plastic and/or rubber injection molding, etc.).

It is certainly possible, with some careful research and planning, to take a US$75 mic and make it perform like a US$500 mic.

But don't bother trying to make your own diaphragms if audio quality is your goal. By all means make one just to learn stuff, but don't expect it to sound good.

These are not useful for much when it comes to professional audio. The quality just isn't there, in noise, frequency response, dynamic range, etc. Professional condensers have a 0.5 to 1.0 inch diameter diaphragm in order to be sensitive and have a better frequency response. The cheap ones are usually less than 0.25 inches, and possibly 0.10 inches.

One emerging area of mic research today is the use of microphone arrays. This is where many el-cheapo mics are used and combined in ways that are useful. Normally the mic arrays are used to make a super-directional microphone for teleconferencing and similar applications. This is an area that someone at home can more easily play in and possibly come up with something that works better than what is available commercially.

A few things that come to mind are:

Usually they are given in 2D, but for those new to them it may be easier to understand if we can see a 3D representation - here is the same cardioid pattern in 3D: 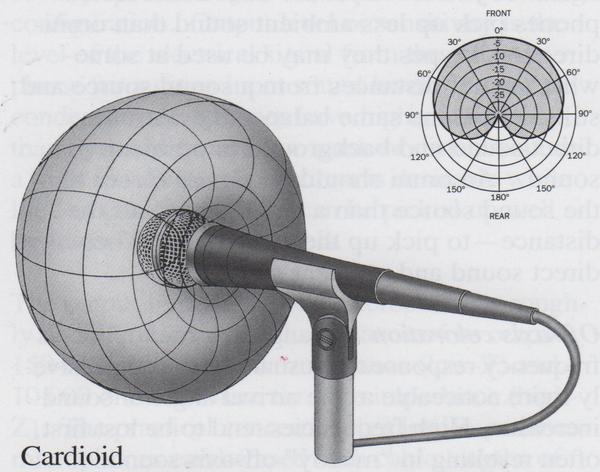 From these we can see that e.g. if you need to only pick up sound from a specific direction then the shotgun is a good microphone to use. 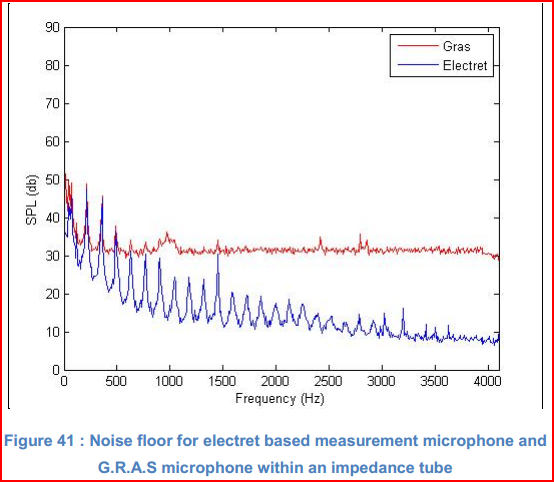 If you want to design the capsule itself, then building a quality microphone will be quite difficult given the fragile and fiddly nature of many types. I would probably go for something like a largish condenser or electret mic - you should be able to get hold of the right film material, or you can get some mylar and apply a permanent charge to it using a HV supply (look up electrostatic speakers for ideas)
Then check out some schematics for the preamp circuit which is necessary in condenser mics (due to their high impedance)
Don't expect your results to be great, but if you do enough research and take your time, you never know. It will certainly be a fun learning project.

If you want to take an existing capsule and build a microphone around it, then it would be much easier to achieve good results. It is certainly possible using readily available components and tools. Reading the above thesis carefully would be an excellent place to start.

For the third question, it's hard to say without seeing the specs/datasheet, but it will probably be useful as a general purpose speech/music microphone (not for very high levels)
The quality should be suitable for any consumer use, but will probably fall short of "pro audio" standards (although see note above on price, nothing is certain)

The Wiki page on microphones is a good one, very good intro to many different types - worth a read.

I can't speak to the electronics side of things especially, but instead give a sense of what we might look for in a microphone in terms of use, performance, satisfaction and competitiveness when recording audio.

Low self noise as mentioned, for sure. Once we begin applying processes that bring up the noise floor through compression and EQ, self noise will become an issue and if its especially obtrusive will muddy the sound and distract from the performance.

We want consistency of quality regardless of the input, i.e whatever we like during softer passages, we want to like equally if there is more energy, either in terms of volume or sudden shifts in dynamics.

A poor quality microphone, might concievably put in a decent performance with simple, non-challenging audio where the dynamics are very stable and a singer for example is very controlled, but it will crap out in all kinds of subtle and less subtle ways if the vocalist suddenly goes up a gear, or belts or uses a different part of their voice.

This is where your money goes. In making components and designing circuits that can deliver a pleasing sound consistently.

Similarly, we need great microphones to cut through a mix - a whole other demanding feature not easily got around simply by adding a peak in the presence range. It is all about making sure that how it cuts through is pleasing, that we do not need to push the vocal up using brute force with lots of gain, rather that the voice of the microphone is such that it can cut, even at lower volumes in a mix.

Crucially, the upper mid of successful microphone designs tends to be the finger print that really determines their worth in the market place, there is typically some robustness here that spotlights the characteristic of the audio most likely to be heared by the non-linear quality of human hearing - which is especially sensitive to the 800 - 3K range. If bad, this is painful. If good, this stages the audio in a very compelling manner.

Overall, great microphones are not amazing in some area but not so good in others. There is little point in them being wonderful in the low end but fall to bits in the high end, furthermore, these distinctive areas, must work together - a truly great upper mid, cannot happen if the high end is harsh and vice versa.

Therefore a truly great microphone makes all of this seem effortless, in some ways almost unremarkable. Rather than transforming the audio that goes into it, it delivers the audio seemingly in a very true form. The real magic is when its effect upon the capture is both transparent yet enhances every nuance of it, such that the end result seems very familiar and yet somehow larger than life.

12
How to make a clean amplified microphone analog to digital conversion?
13
Want a USB mini-microphone array. Is it possible?
1
Part Identification: Electret Mic
5
Microphone Amplification
2
How to improve this microphone phantom power supply to have better SNR?
4
Device to loopback mic to headphones
1
What kind of microphone is this and how do I use/bias it?
0
Confused about op amps and wiring for parabolic mic
6
How to connect one Android mobile audio output to the microphone of another Android mobile?