Parallel resistor in series with LEDs 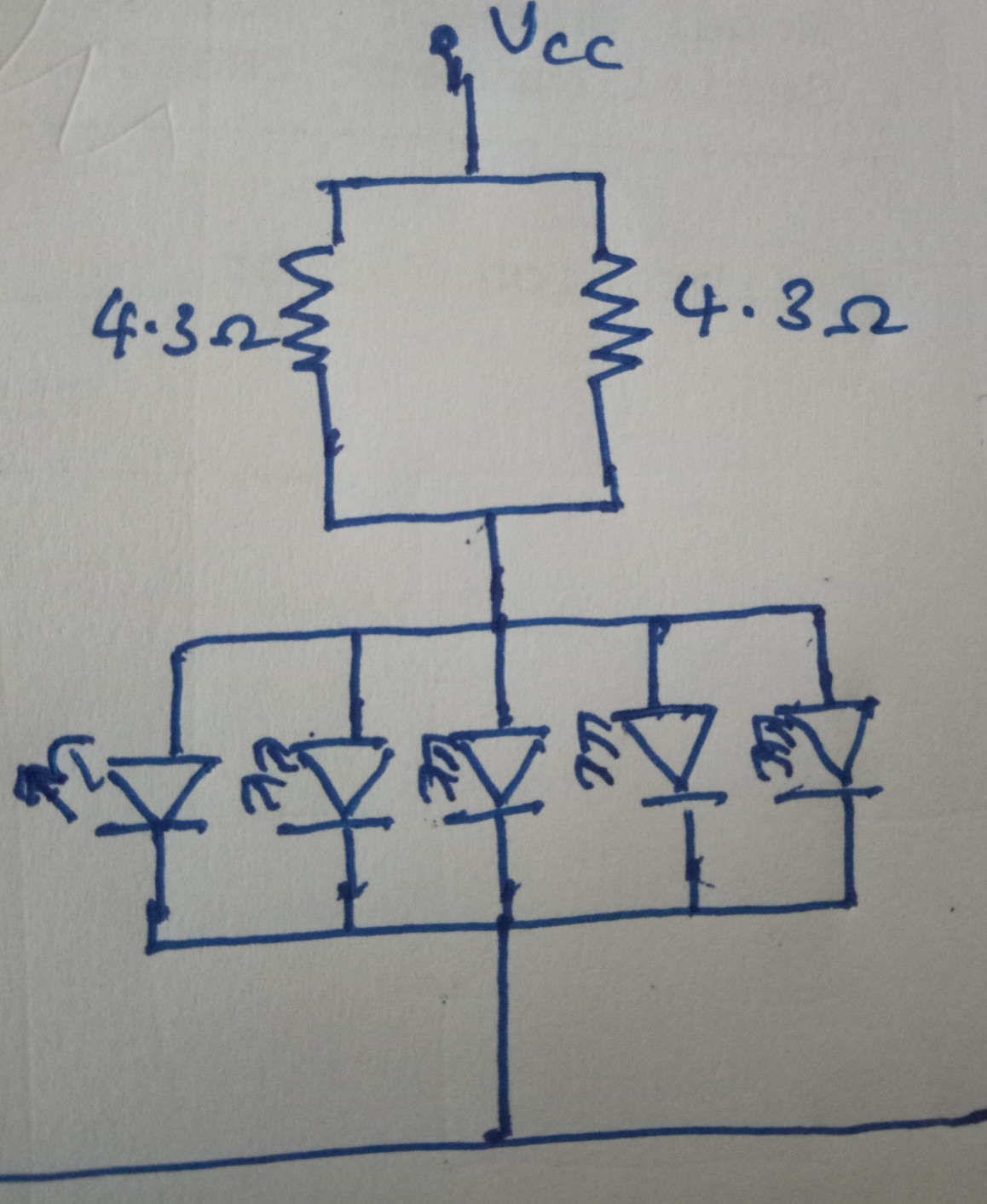 Because doubling the current paths halves the power dissipation in each path, allowing use of cheaper resistors.

You mean instead of single resistor? It depends on the use case.

Assume a power of 600 mW has to be dissipated across the resistor. Instead of choosing one single resistor of standard wattage, say 1 W, one will choose a resistor (double value of intended resistance) and a power wattage of 500 mW..

Effectively, you have same resistance value and you are distributing power dissipation in two resistors instead of one.. These two resistors price combined may be lesser than one single bulky resistor because 500 mW resistors may be used widely compared to 1W resistors.

Also, you have now chance to use multiple resistance values.. Parallel combination of multiple resistors can lead to same value of required resistance. You can re use the parts used in other designs, also manage if the currently used resistor is no more available.

It also distributes the heat to wider region than compared to single resistor avoiding local heating.

If LEDs are in parallel, and assuming random LEDs which is more probable for a lab user:

This is how it will fail sooner or later:

Adding individual resistors in series with each LEDs helps in bringing down this sequence by limiting the current.

Why not connect? Useful answer here

Most likely reason is inventory.
I have 1000's of 5.1Ω 5W resistors so I would use two of them if the current was an amp or more.

Maybe two at half value is cheaper than one, likely not true especially if Vcc is 3.3V. Not easier or cheaper to assemble.

To make any other comment on the validity of the circuit is fruitless due to the unknowns such as Vcc and LED part number.

Without an known value for Vcc most of the comments made so far are invalid. What is the difference if Vcc were 3.3V vs. 12V?

Today connecting single LEDs is parallel is very common and works very well. Samsung and Bridgelux sell many high quality strips with parallel LEDs and they have no problem. A few years ago it was a different story.

LEDs today are producing 80% light, 20% heat, with very little variation in Vf, so many of the comments made are no longer valid.

Then there is this "6. It means entire current is flowing through only one LED!! As other LEDs are off (or dim)". So NOT true.

The LEDs have different Vf when measured individually. When wired in parallel they all are operating at the same Vf. The combined Vf is that of the highest individual Vf. It is true the LED with the lowest individual Vf will be drawing more current, but all will be on and the difference in perceived intensity will likely be indistinguishable.

For example Samsung's best selling F-Series Gen3 strips are wiring sets of 9 or 18 LEDs in parallel.

The issue is not LEDs wired in parallel it's about failure recovery: OSRAM App note LED circuit comparison

152
Why exactly can't a single resistor be used for many parallel LEDs?