I'm working with military circular connectors of the D38999 series and I've discovered that when the connectors have their pins designated by letters instead of numbers, some letters are not shown.

For example, in this image, the letter "O" is not shown:

I've done about 10 different Google searches and I can't find any information on this. Does anyone know which letters are not shown (both capital and non capital)? If anyone has some site/pdf file about this it would be great too.

Also, somewhat related, is there a part in Orcad that is a connector that has pin names in letters and not numbers? 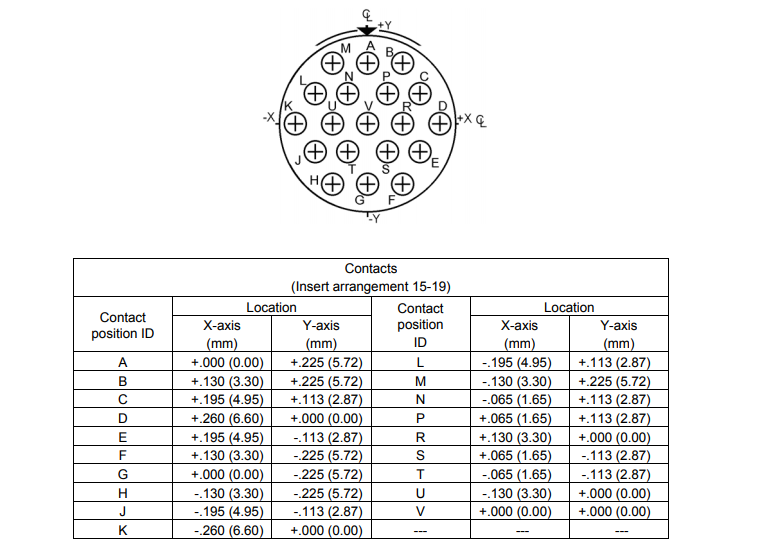 'I' and 'O' are omitted for obvious reasons

Here is another example with some lower case letters omitted as well as 'Q': 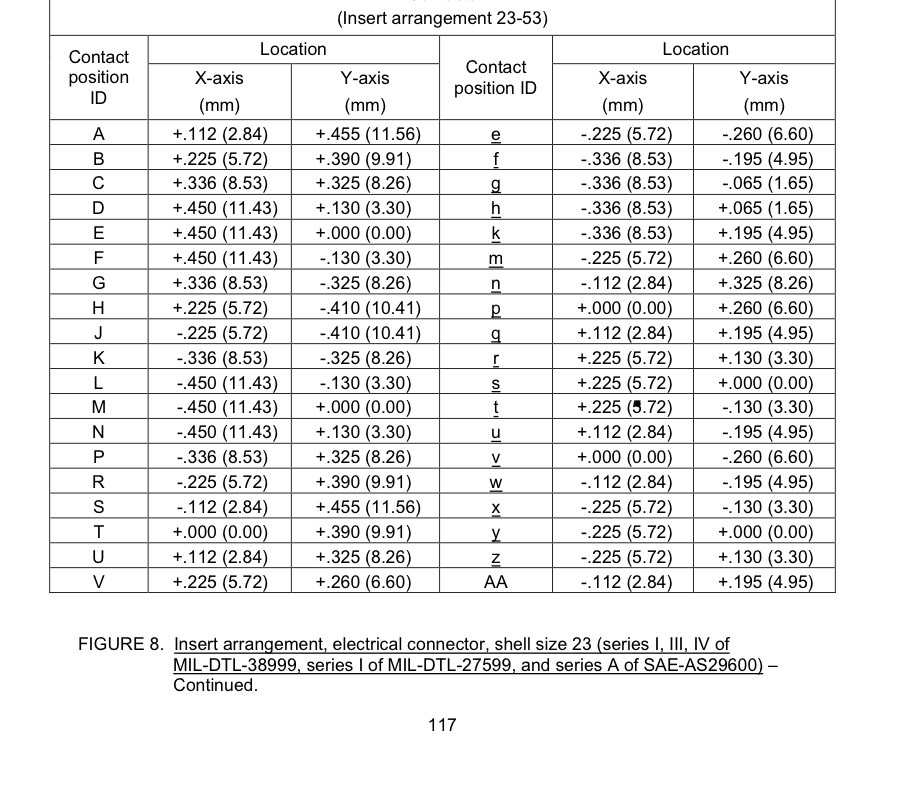 O and I (capital o and i) are very easy to confuse with 0 and 1 (zero and one) in some fonts. Not using them avoids any such confusion.

3
Missing row 'I' in package numbering convention: why?

1
Electrical Connectors - To Split Pin or Not To Split Pin, That is The Question
2
Name that thing... Circular 4-pin female connector
6
Generic name for Molex(tm) Mini-Fit Jr(tm)? Standard definition?
7
Pinout for board to board ribbon cable
5
Why not nickel-plated edge connectors?
0
Flexible, flat - and adhesive - connectors for PCB pin pads?
3
What is "reverse" about "reverse bayonet" circular connectors?