Why do we use Laplace transforms to analyse transient circuits?

It's easy to solve simple filter circuits in the time domain but there becomes a tipping-point where most engineers would prefer to solve problems in the frequency domain and apply (for example) a step-function. Finding the inverse Laplace is fairly straightforward because of Laplace tables.

As an example of an RLC low pass filter, engineers become accustomed to the transfer function: -

And, applying (for example) a step function is as simple as multiplying by 1/s: -

Engineers who are familiar with this get to recognize that this converts to a standard form and the next step is just using the tables to derive the transient response.

In addition, the term \$\omega_n\$ (the natural resonant frequency) can be is factored out a lot of the time so that solving the step-function formula for \$\omega_n=1\$ begins with: -

This is rearranged to a standard form such as this (underdamped resonance): -

The Laplace tables give us this: -

But you will probably only be convinced when you are dealing with slightly more complex situations or really do need to analyse the frequency spectrum.

You start using the transforms for simple systems, so you're facile when you start using them for more advanced situations -- not because they're so intuitively easy. In fact, the understanding is very quantal. You'll be able to "do" problems successfully, but it may take many iterations, even years, before you grok the transforms.

Some day you will need to understand a system design requirement for both frequency and time domain response.

Laplace Transforms are useful for many applications in the frequency domain with order of polynominal giving standard slopes of 6dB/octave per or 20 dB/decade. But the skirts can be made sharp or smooth as seen by this Bandpass filter at 50Hz +/-10%.

The time domain helps you understand why the small ringing comes from the step response or abrupt change in phase and voltage of this sweep generator from 200Hz to the start at 20 Hz.

Some day you may need this and the Math will help you understand the relationships. 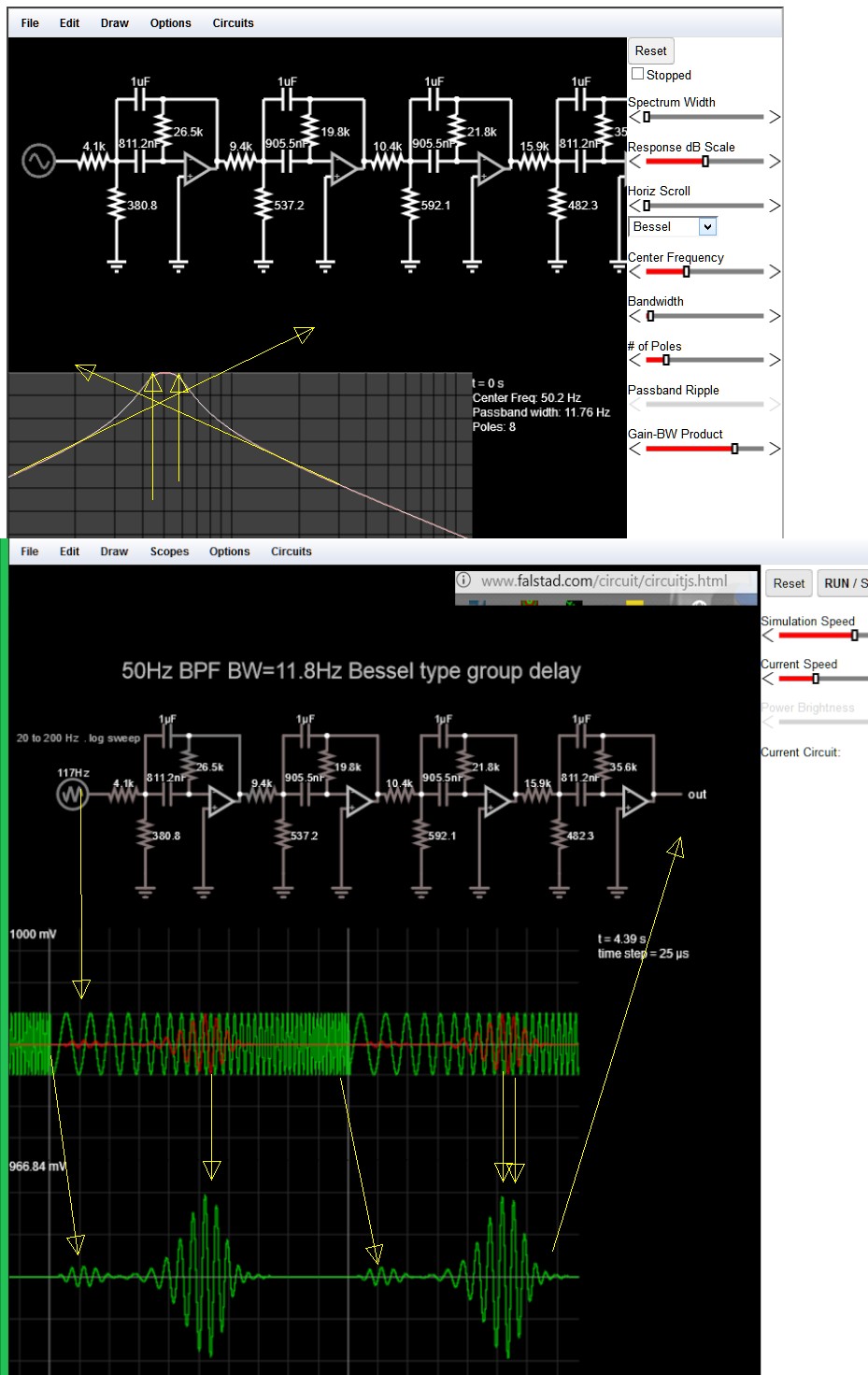 Not the answer you're looking for? Browse other questions tagged circuit-analysis passive-networks laplace-transform transient or ask your own question.