To use a Dual Voltage Electric LED Bulb E26 in a E27 environment/ socket?

To use a Dual Voltage Electric LED Bulb E26 in a E27 or B22 environment?

So I bought a Universal LED Bulb that emulates Circadian Rhythm for lighting to help manage my sleep cycles, locally (wherever I am) as well as when traveling.

Most of my time is spent between:

When I googled why, this was the answer that popped up -

The difference of the lamp socket E26 and E27
http://www.lampholder.net/support/lamp-socket-E26-and-E27.html 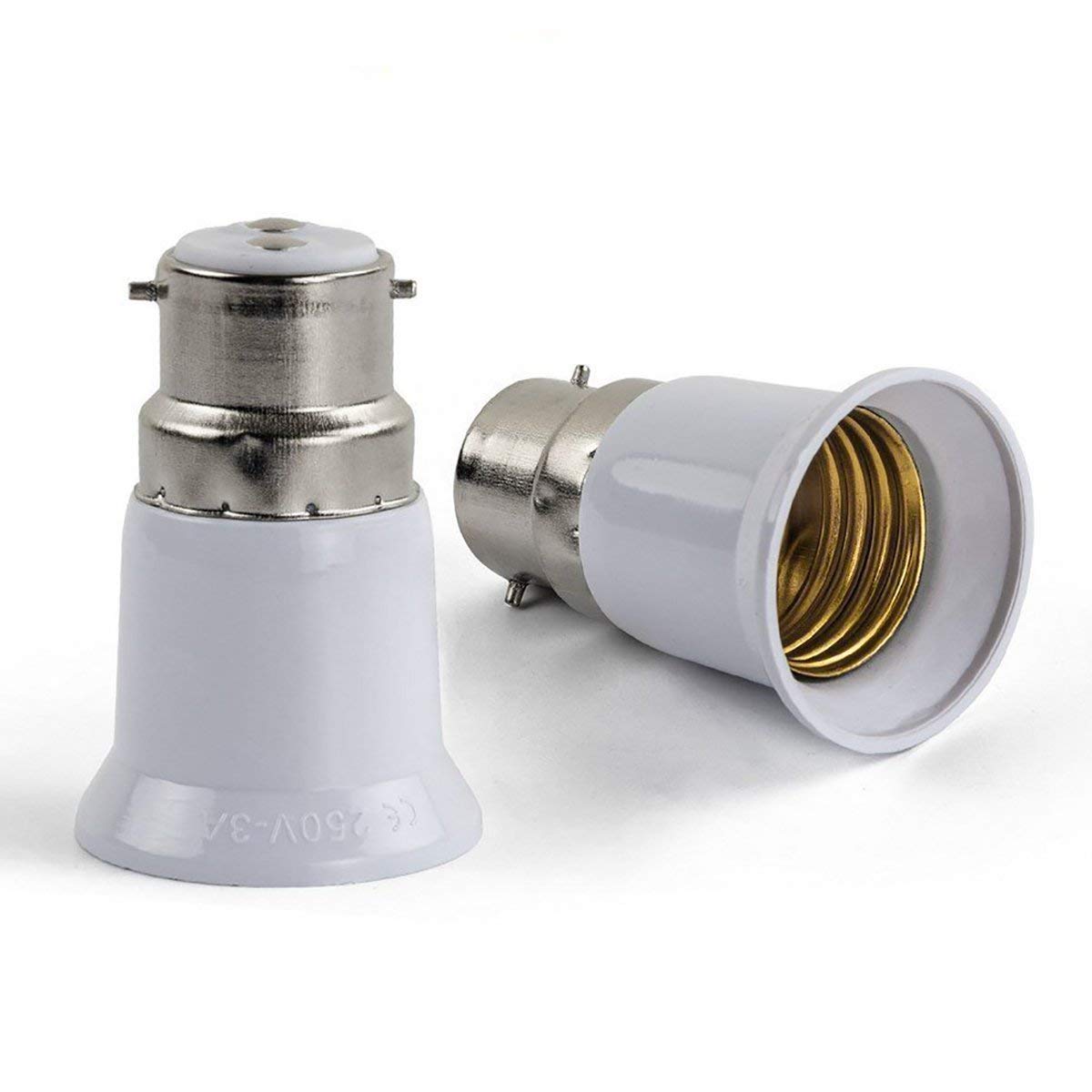 There is only a 1mm difference between the threads of E26 and E27, so they are virtually identical. Still, it's important to buy the correct bulb certified for use in your country. This is because each country and region of the world, have different certifications. B22 bulbs are also available. They are not as popular, and generally used in the UK, Australia, and India.

An easy reference of what Bulb type is used in major markets is as follows:

"Bulbs have a universal power supply. They will work with electric grid power from 100-240V 50/60Hz"

If you have a problem connecting E26 bulbs to E27 sockets due to the shortage in length with E26. You can solder a small V shaped plate to the E27 socket base to eliminate the difference in lengths between both. But you have to be careful to prevent contact between the two terminals of either the socket or the bulb. With such solution you have to only buy a B22 to E27 converter and your bulb will work well.

Why not just an e27 socket plug with a travel-plug-set?

There are socket-plugs on nice bendable arms, with switches in the base, and there are decent, strong travel plugs who will support an arm, so you can point the light up no matter where the wall socket (or floor socket in that case) is located.

Not the answer you're looking for? Browse other questions tagged led electricity lighting or ask your own question.