I am beyond puzzled with identifying the values of a wire wound, axial, through hole resistor that I'm replacing on a MRC Super Brain 989 relic that I burnt up after 50+ hours of charge/discharge cycles of (20) 6-cell NiMH battery sticks that make up the IMA battery in my Honda Civic Hybrid; in efforts to rebalance the pack.

The failed resistor, or actually a series of (4) identical resistors are responsible for the 10A discharge rate the 989 is capable of. I was pushing the discharge circuit beyond limits with dozens of discharges on these sticks at a 10A discharge rate at a 0.9mV/cell peak cut-off, resulting in a 6180mAh discharge capacity per stick.

The charger pauses the discharge cycle when the internal temp reaches 185ºF and resumes discharge when temp drops to 175ºF. This pause/resume would happen several times during a discharge.

All that being said....The resistors in need of replacing measure 17mm in can length and 6mm in diameter, and all 4 resistors read out on a MM with a resistance value of 0.5-0.7 Ohms.

The best I can come up with is: (0.1 Ohm with 2% Tolerance) by ignoring the ending black band and treating this as a 4-Band Resistor.

The goal is to replace the resistors with a better grade, add more fans, and extend heat sink to get the charger in a workable condition to finish the project at hand. 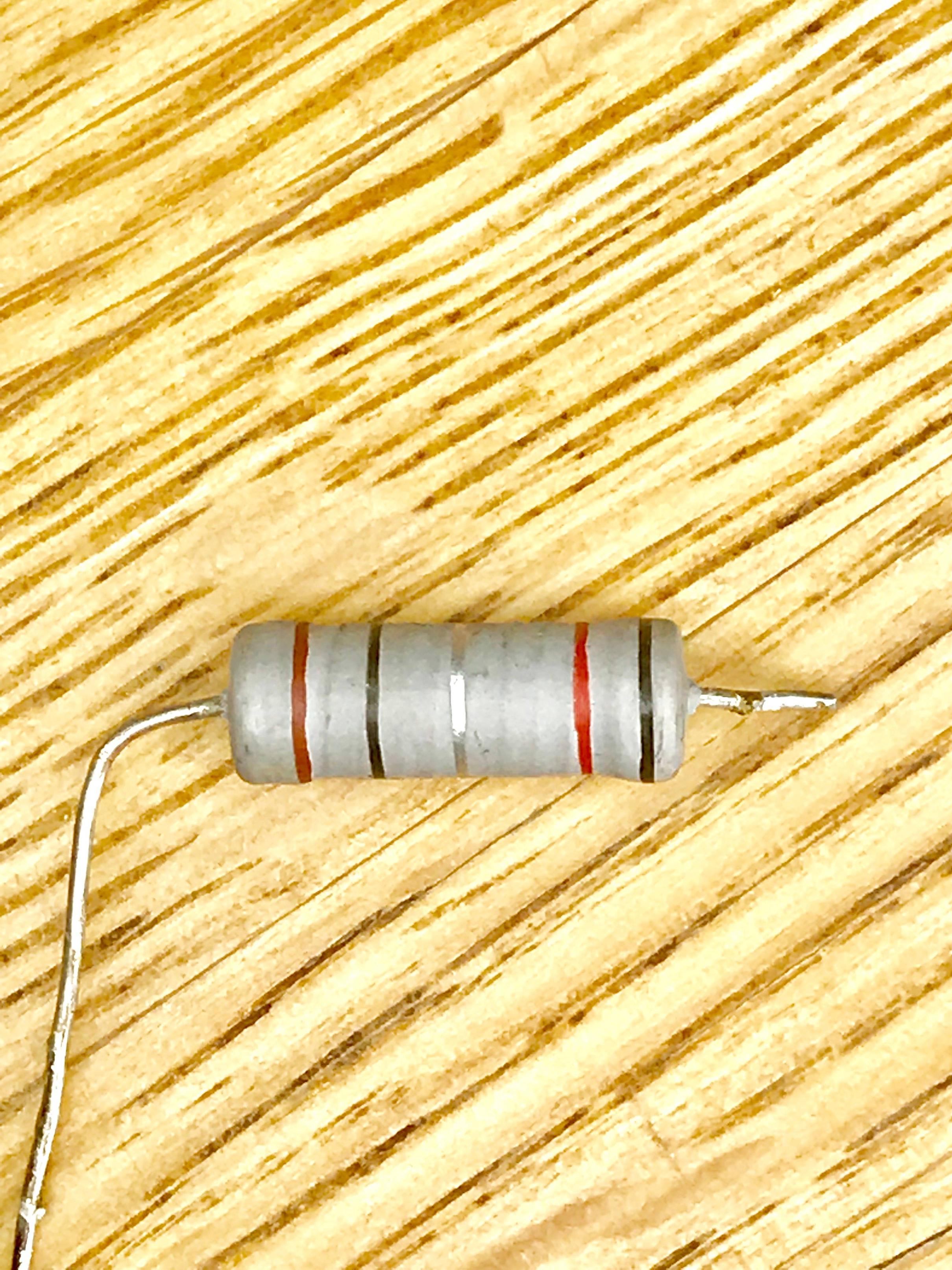 At 2.5A the power dissipation would be 0.75W, which is plausible for the appearance, but you might want to compare the exact size against similar construction resistors.

That's probably too low for your meter to measure reliably, but you can get closer by subtracting the reading you get when you short the probes from that of the resistor.

A normal (2 wire, 3½ digit 200 ohm min range) multimeter is not trustworthy at such low resistances, even if you try to zero-out the leads contact variability can mess with your readings and lack of precision is a big problem. If you want to measure such a resistor accurately then you need a 4-wire setup (if you don't have a 4-wire meter then you can use your regular meter in voltage mode in conjunction with a bench supply to provide the current).

The best I can come up with is: (0.1 Ohm with 2% Tolerance) by ignoring the ending black band and treating this as a 4-Band Resistor.