Safety of designing / using a plug that connects between two different wall outlets for increased voltage?

In North America we use 120V wall outlets, but sometimes 240V is needed for an application.

Usually in a residential house in order to reduce load on the circuits they either run two different phases of AC into the house for different outlets, or with single phase they use one line in the circuit connected to neutral for one outlet, and another line in the circuit (the return) connected to neutral to another outlet, giving a 240V potential difference across the live wires of two different outlets in your house. Assuming your house has these two different outlets right next to each other, as often occurs in kitchens and bathrooms, how safe would it be to have a plug that rather than plugging into the neutral and live of a single outlet, plugs into the live of two different outlets to harvest this 240V potential difference? I know you would have the disadvantage of not being able to polarize your plug, but aside from that would there be any safety concerns for running a device with this method?

In North America the most common residential power service is 240 volts divided into two 120-volt groups of circuits using a center tapped transformer as shown below. That provides 120 volts for ordinary wall outlets and 240 volts for large appliances like water heaters, clothes dryer, electric cooking stoves and central air-conditioning systems. The neutral is grounded near the meter. The there are two "hot" lines at 120 volts with respect to neutral.

Normally the 240 volt circuits have a double-pole circuit breaker that opens both hot lines in the event of a fault.

It is possible to obtain 240 volts from two 120-volt outlets that are connected to opposite sides of the transformer as for the 240-volt load shown below. That would require a connection that would violate electrical codes. The safety problem is that a fault could cause only one of two breakers to trip leaving the faulted circuit connected. That is shown by representing the load as a coil or heating element that shorts to ground on one end. In the illustration a high fault current is shown flowing to ground through circuit breaker 2. The fault current flowing through the remainder of the load may not be high enough to trip circuit breaker 1, so the faulty circuit could remain energized with 120 volts applied.

In addition, if the fault connection is burned open, current 2 can flow through the 240-volt load connected in series with the normal loads on circuit 2.

It is possible to connect two 120-volt circuits and a 240 volt circuit through a double-pole circuit breaker. That would insure that any fault would open both of the hot lines. That type of circuit may be permitted in some jurisdictions under some circumstances.

Note that the 120/240-volt, split-phase service illustrated above is the most common 120-volt service in North America. There is also a 120/208 volt service that is primarily used in individual units of multi-unit residential buildings and in some commercial buildings. With that service the line-to-line voltage is 208 volts and the 120-volt receptacles are connected to neutral of the three phase service and one or the other of two phases of the three phase service. It is also possible that some residences are supplied with three phases. In that case, 208 volts can be obtained similarly with the same problems.

Note also that important points are covered in other answers:

The electrical codes in the USA and Canada are quite long and complex. They are revised and updated every few years. The USA and Canadian codes are very similar, but not identical. In the USA each individual jurisdiction has its own electrical code; some jurisdictions simply adopt the latest edition of National Electrical Code (NEC) as soon as it is published while others adopt the latest edition after careful evaluation with added provisions and exemptions. Each jurisdiction has its own provisions for permits, inspections etc. For those reasons an answer here can never completely and accurately describe what is or is not permitted.

Electrical codes generally require that all devices and materials used in a building wiring system must be acceptable to the authority having jurisdiction. That usually means everything must be listed and labelled by an independent testing laboratory such as UL, CSA or ETL. Appliances plugged into receptacles may not be required to be listed and labelled in all jurisdictions. 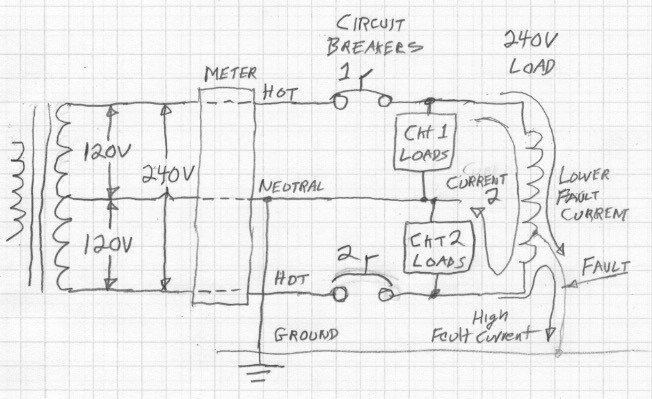 That would be foolish. There are sockets made for 240V AC for various loads.
Get one of those installed. 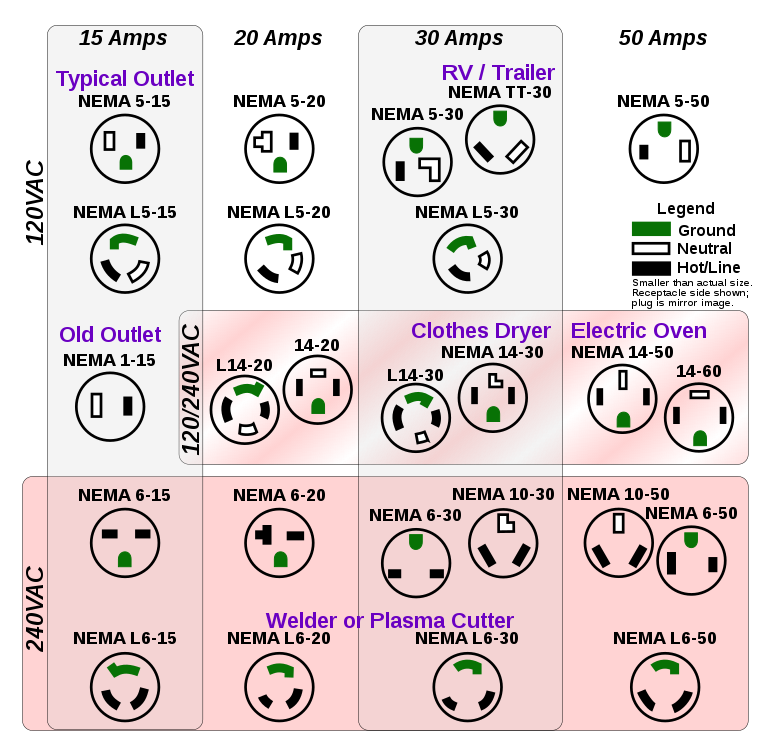 Here is the danger of doing what you want. If you were to connect your 240 volt load, plug in one of the 120 volt plugs and grab the prongs of the other plug in your hand, you would be exposed to the 120 volts from the first, conducted through the load. You could be electrocuted!

Making a male plug hot is why it is so dangerous.

There is a commercially-available device designed to safely facilitate this: http://www.quick220.com/ It has safety interlocks to ensure that nothing is powered unless both circuits are plugged in and live. I am not associated with the company and I've never used their product, but it seems to be the only commercial offering in this space for home use.

The safest way of doing this is to find double outlet which already has two phases on different sockets.

Buy 6-Way splitter, drill a hole in it and attach to your cable as if it is regular plug. All safety and electrical codes aside, at least this way you won't mess up the polarity when plugging in. And you'd have reliable ground wire connection. 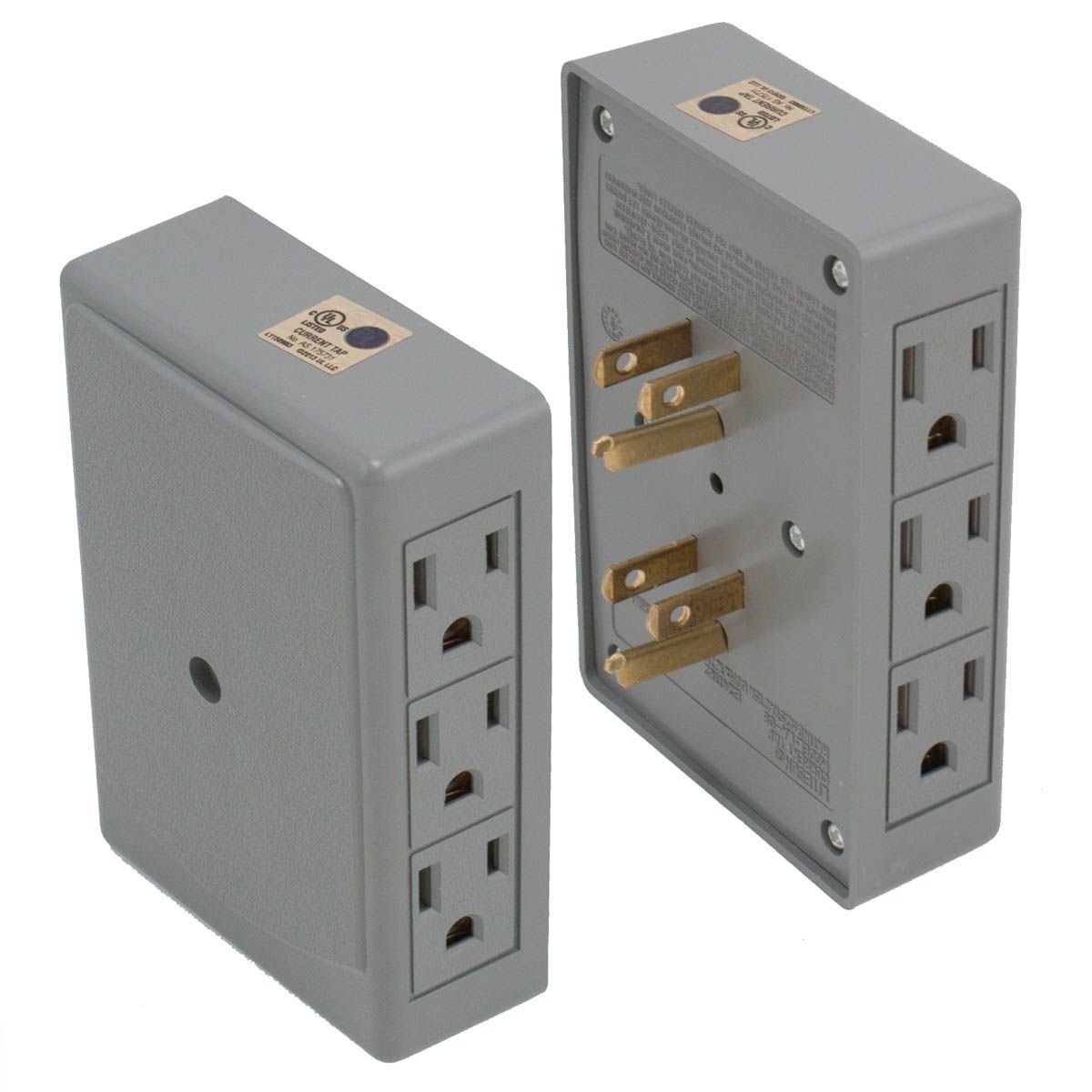 Not the answer you're looking for? Browse other questions tagged voltage ac safety or ask your own question.

0
What happens if there is a fault in the neutral wire between the grounding pole and the centre tap of the transformer?
1
Hot & neutral have similar voltage to ground: Finding the problem Part 2
2
What are design considerations for grounding an enclosed AC-to-DC converter?
8
Is it okay to connect a European 240V transformer to a US 240V outlet?
0
How are the individual homes connected in a 3 phase power distribution system (power grid) so that they have correct voltage?
2
Several basic questions about alternating voltage / current
0
~36 volts on Neutral <-> Ground
0
How to connect live and neutral and earth connection in AC devices plugged into socket?