I currently have a very simple op amp circuit for a non-inverting amplifier, using a UA741 with the gain set as 2. I have a sensor that outputs 0-2.3V and I'm attempting to amplify it up to 0-4.6V. The set up for the op amp is below. 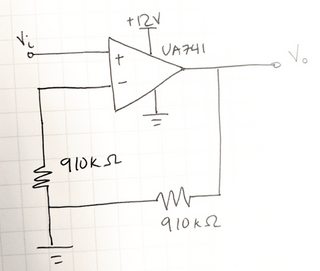 The problem is that when I test this circuit under about 2.5V the amplified output voltage just sits at a steady 4V. Is this a problem with the chip, or is there something I need to do in the circuitry? I was going to try an LMV324 as well, but I would have to power it with a lower voltage which made testing the circuit more difficult.

Any insight is appreciated.

Importantly for your application, it includes 0V in its input range.

Operate it on 12V like you were trying to use the 741, and that should take care of your problem with input limitations.

Do note that the input range only goes to V+ (the positive rail) minus 1.5V. So, for your 12V operation the input is only allowed to be between 0 and 10.5V.

It also cannot get its output closer than about 2V to the positive rail. The output also can't get closer to the lower rail than maybe 5mV.

That's just about the relatively simple parts of it - about the limits of my knowledge, to be honest.

There are more things to be taken into account when picking an opamp.

Depending on how picky your sensor is, you may get to learn about those other factors the hard way. :)

It is usually better to give the parts designators. It is hard to discuss a circuit when every one has to say "that resistor over there, below that capacitor, to the left of the diode." Designators such as "R2" are much easier to refer to.

psst.. the 741 is old news.
Feedback always goes to inputs.

If you have studied the fundamental BJT transistor then you will know that Input bias is offset from the supply or return rails or both in early BJT Op Amps. Learn to read all the input and output specs in datasheets.

That problem was solved by using PNP inputs with the LM324 which still happens to be the cheapest Op Amp in the world at 0.14$USD (1k) in a quad package or 3.5 cents (USD) for each Op Amp. 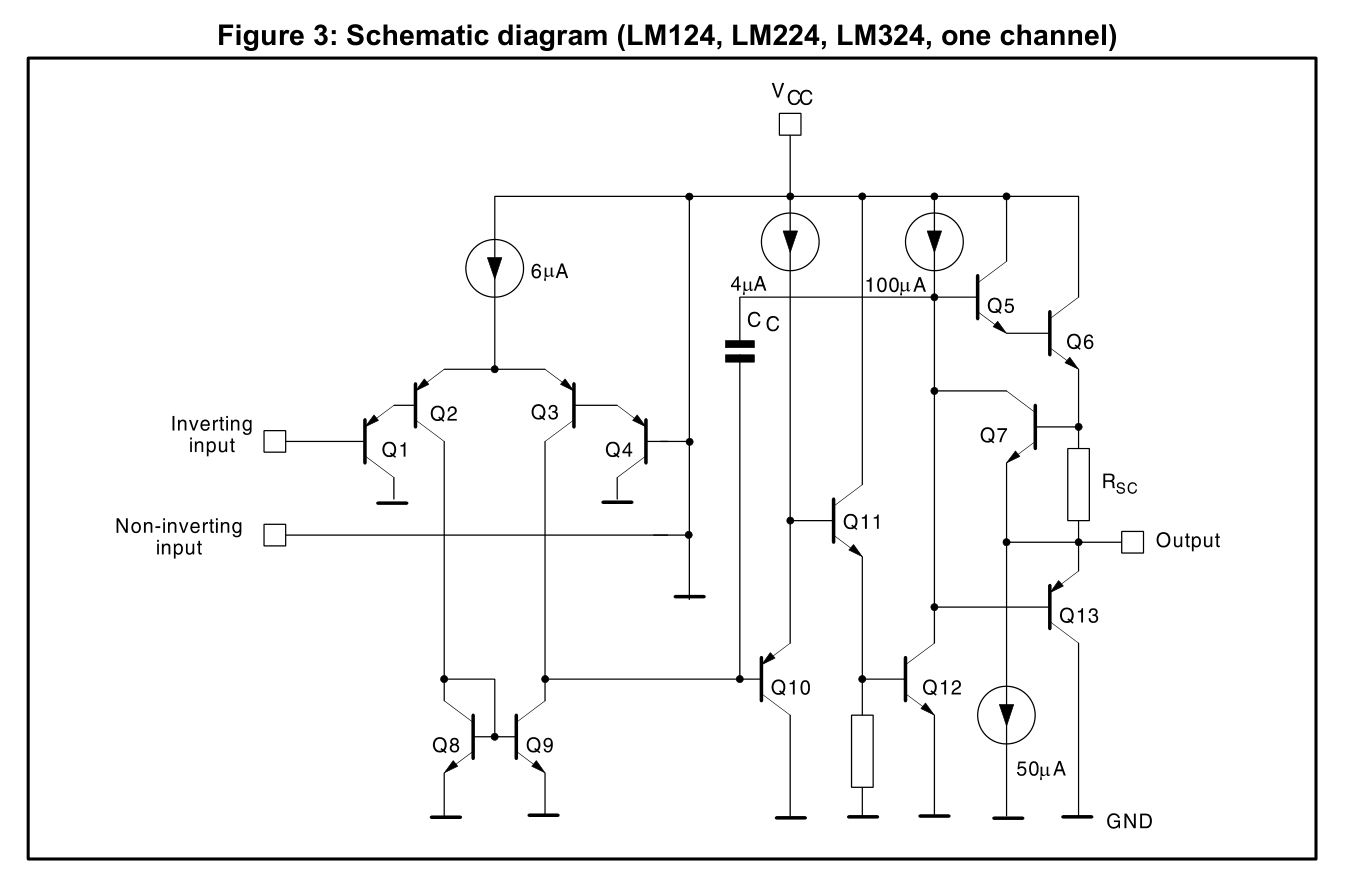 What's surprising is that ST document has a schematic error linked on Digikey's website. DocID4797 Rev 7 2016 But if you see the minor error, good on you. 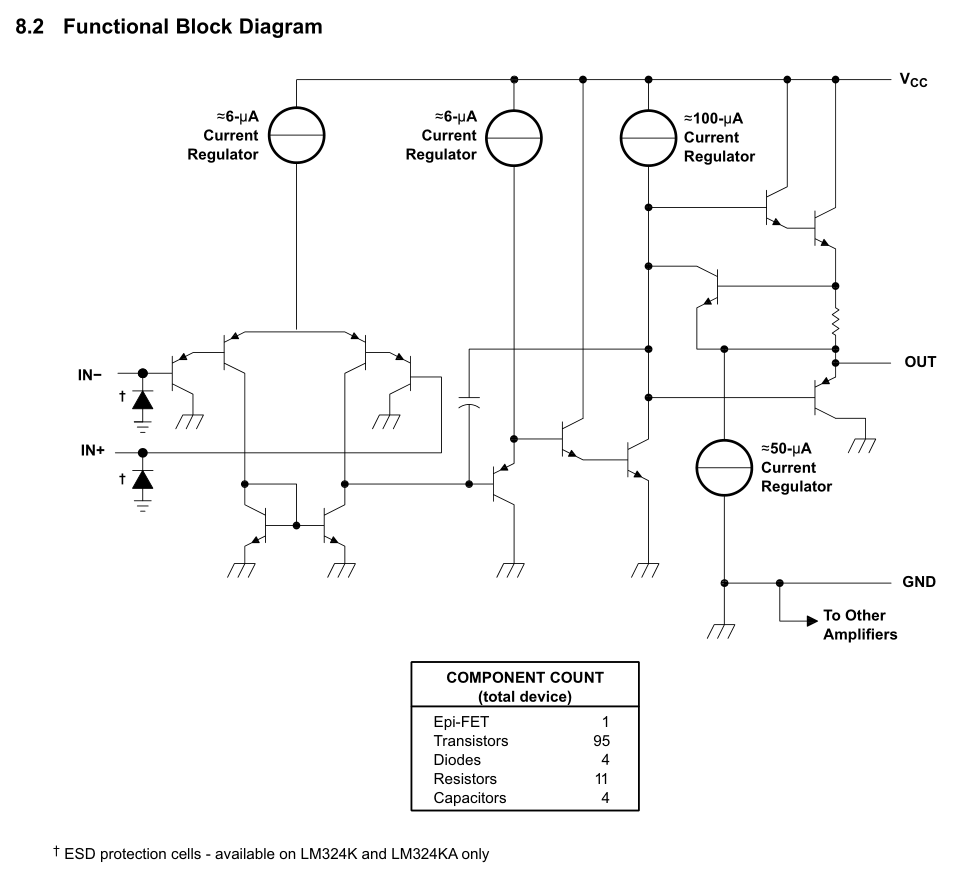 Time would be better spent comparing the input output specs and looking at the schematic.