I am designing a hobby electronic for first time, using STM32 to control a soldering tip. I read many documents of PCB layout, and also many information from this forum. And this is my first result, I am going to let this design be manufactured by PCB manufacture.

Since this is my first attempt, I would like to have some advice to check whether I'm doing wrong or not, before I send this design out to the factory.

This PCB will be a double layer PCB.

The components are going to be soldered by hand.

I am designing the PCB with EAGLE education version. (2 layers only)

From this document I learned :

I hope I understood the rule correctly, and also do the layout correct in the range of a hobby board.

What I got as rules:

Please let me know, whether my layout is reasonable.

I am using a very simple non-inverted op amp to amplify the signal. What I am concerning about are:

I am using a STM32F103C8T6. According to datasheet, .1uF and 2x 10uF for VDD/VSS pair. For fast signal I placed resistor for raising edge suppression. A cap is placed for filtering reset line. I am using SWIO for debugging port with SDO tracing. 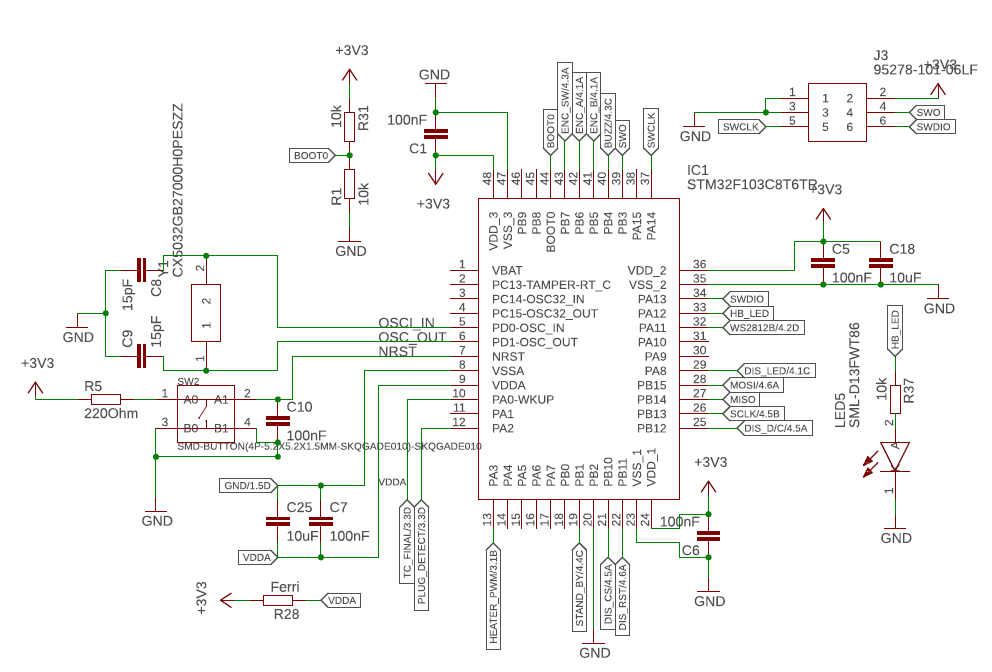 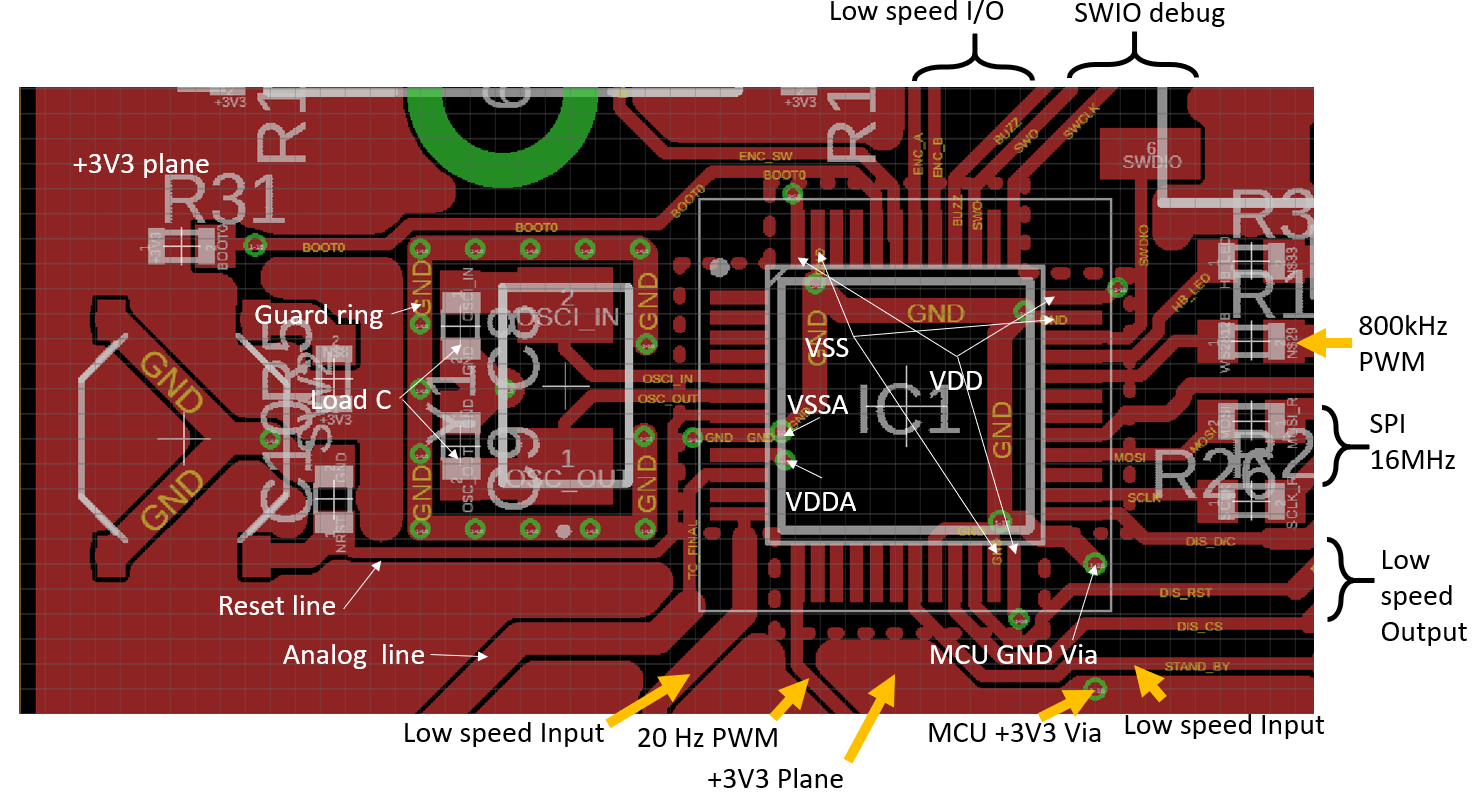 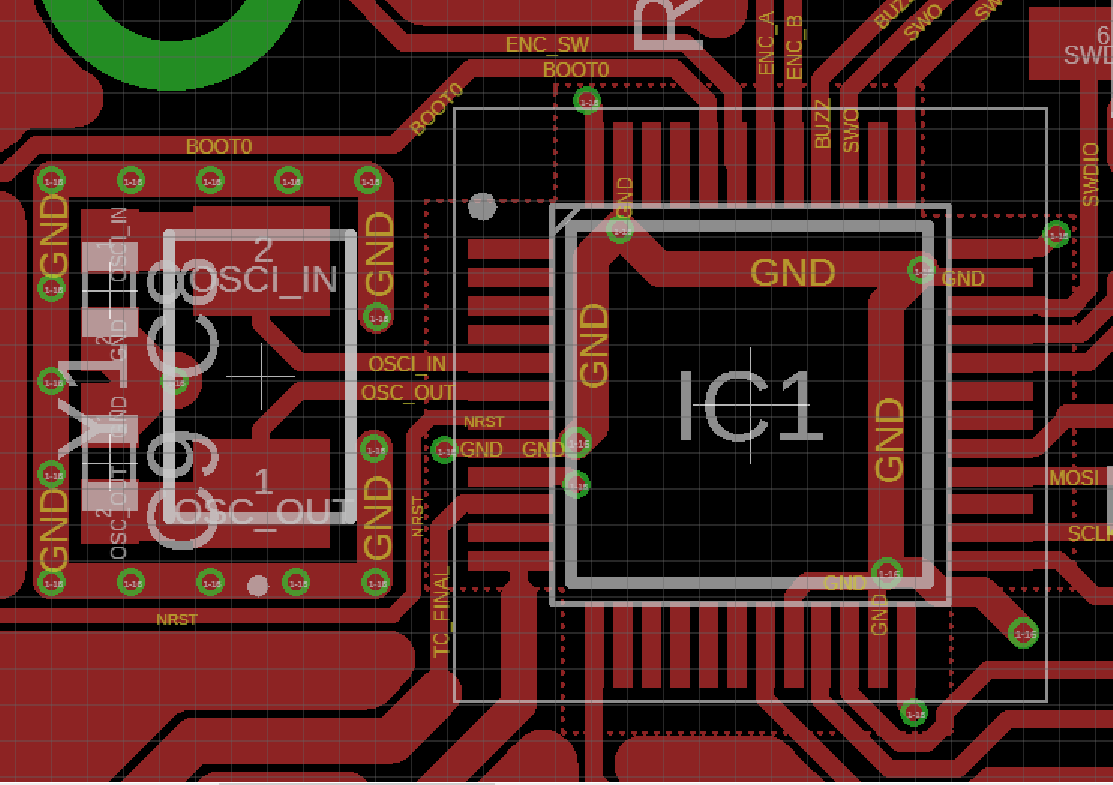 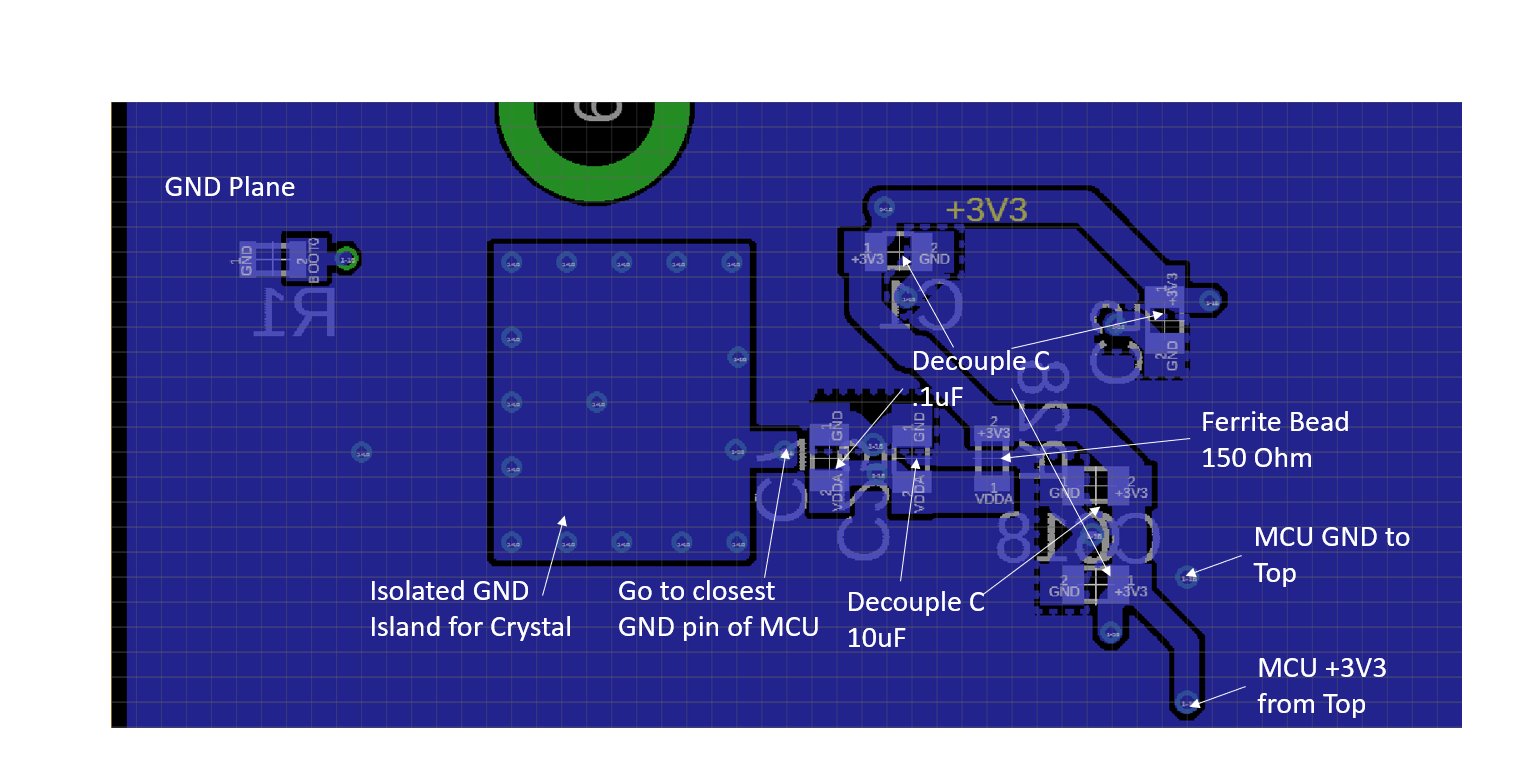 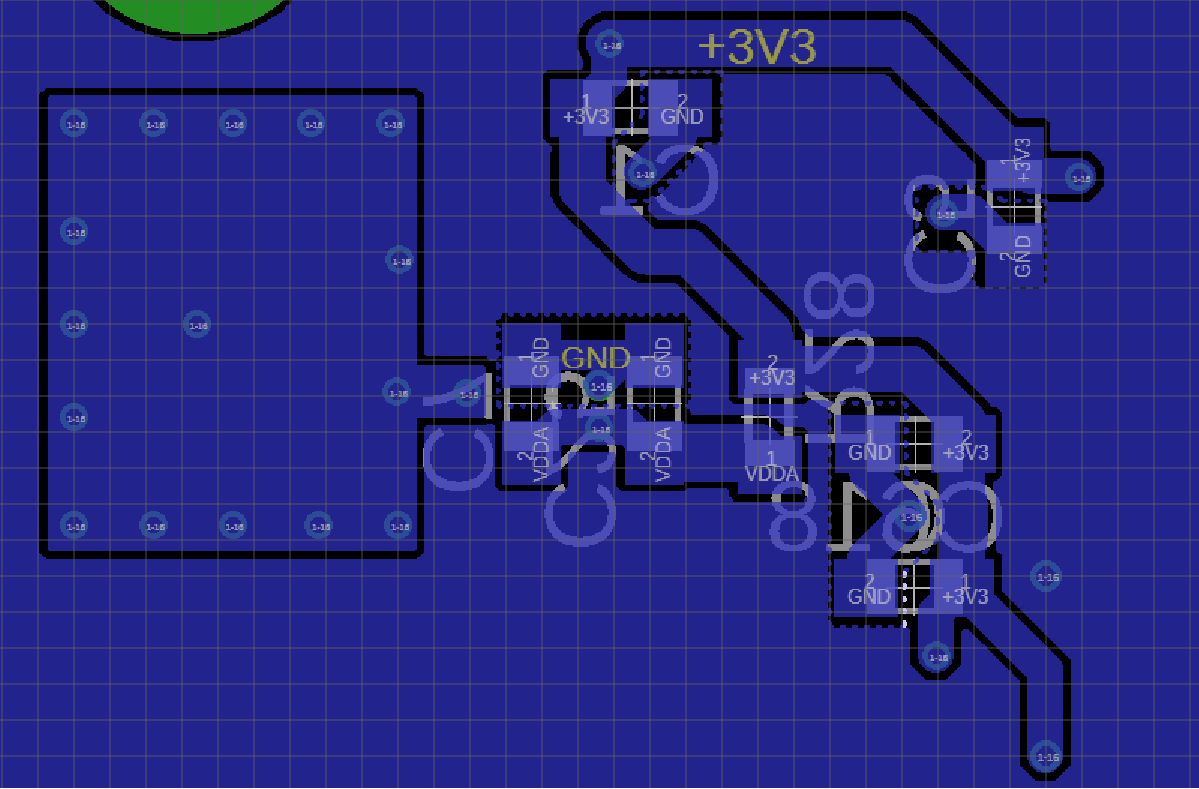 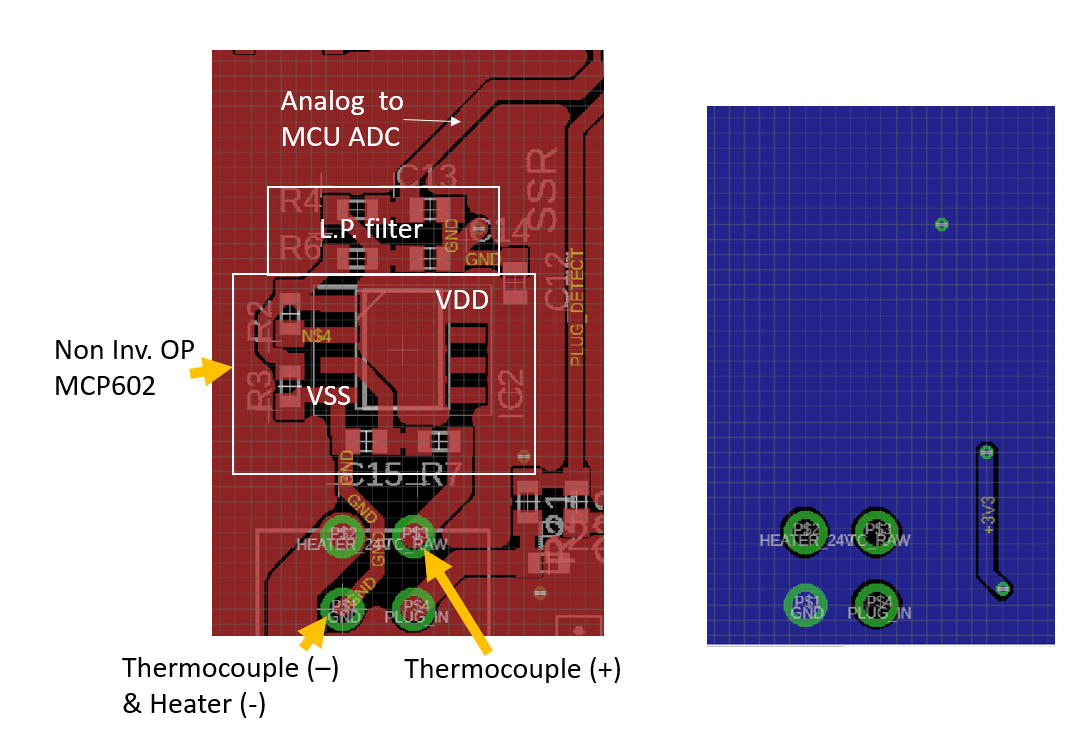 I hope the information I provided is enough to generate some feedback.

And also let me know, whether my understanding of design rules are correct.

Thanks a lot in advance.

220 ohm pull-up on NRST is too strong. Usually there is no pull-up at all, as the chip contains an internal pull-up. But I would leave the place for the resistor but not mount it so maybe a 10k can be put there later if necessary.

Don't put both pull-up and pull-down on BOOT0 pin. If you don't plan on using the built it bootloader and will only program via JTAG/SWD then you can just ground the BOOT0 pin or leave the 10k there.

Just quickly skimmed over it, but two things are bothering me: 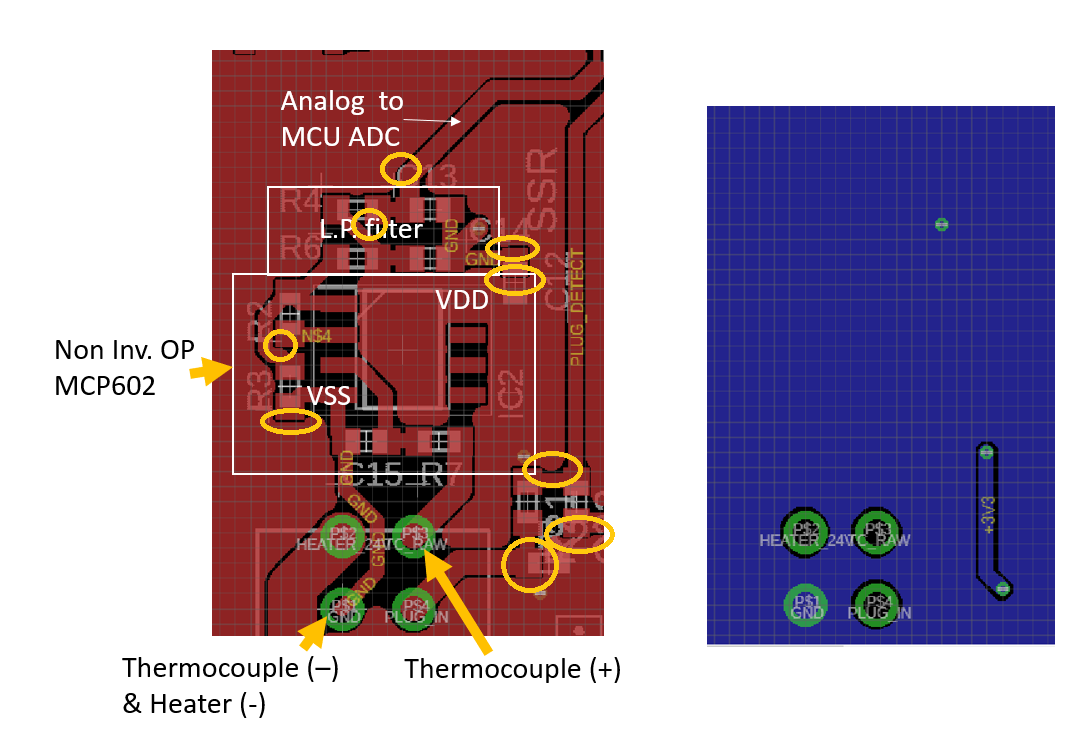 Not the answer you're looking for? Browse other questions tagged pcb-design layout decoupling-capacitor or ask your own question.