Hello, i have few questions about datasheet because they are so confusing. I would like to run 1,5 amps under 12 volts from drain to source. To control mosfet im using Atmel processor which is similar to Arduino, it is able to put out 5 volts and like Arduino, up to 40 mA.

1) Power calculation: Rds(on): 88 mOhm if 2.5 volts between gate and source. Since power is current squared times resistance then 1.5*1.5*0.088= 0,2 Watts In datasheet it says temperature rises 300 degrees Celcius per Watt without any heatsink. 0,2*300 = 60 degrees + ambient temperature. It makes 80 degrees celcius when there is 20 degrees outside. Is this correct? Without considering rds(on) change due to temperature change and power dissipation changes due to temperature.

2) Why they say that steady state power dissipation is 1.25 W? 1.25W*300 = 375 degrees. How it can allow so high power dissipation? Only under heatsink? Whats the point of this number when there is already said how many degrees per Watt its temperature rises?

3) I had several these mosfets. They started smoking instantly as soon as i put there 12 V and load what draws 1,5 Amps.

4)Following graph causes me misunderstanding. What units is rds(on)? If Rds(on) would rise too high then it would be understandable. 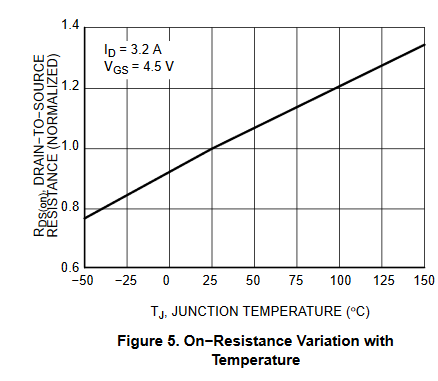 5)Following graph causes me misunderstanding as well. If i use let's say only 1,2 Volts to control the gate then i can't draw basically any amps through it? 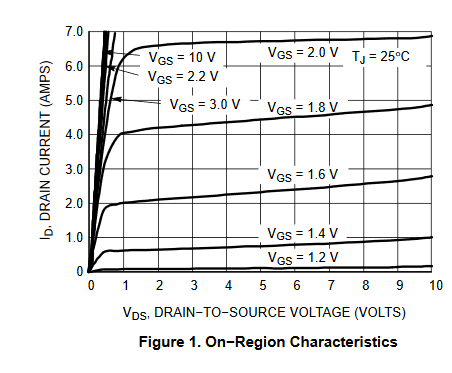 6) Does the following graph mean if i use too low gate voltage respect to source then rds(on) is huge? Why they say then that threshold voltage is minimum 0.65 volts and maximum 1.2 volts? Its not pretty much possible then to run some bigger load between 0.65 volts and 1.2 volts? 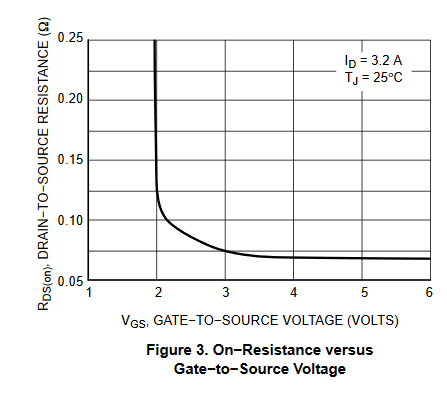 There are quite a few questions.

Not the answer you're looking for? Browse other questions tagged mosfet datasheet or ask your own question.