I am designing my own FOC (field oriented control) system, and I am trying to implement sensorless control. I have successfully implemented sensored FOC with my system on two different motors using custom magnetic encoders. I decided to implement the sensorless position estimator described in this paper as a starting point:

The observer is described in equation (9) of the paper, and is computed directly using motor current measurements, and pre-computed motor constants. I'm restating it here:

Where dt is the time between concurrent calls of the observer. The variable \$\hat{x}\$ is defined as:

Which means that the encoder position \$\theta\$ can be finally computed from \$\hat{x}\$:

I've also tried introducing errors in the same range (.1-.3 radians) to my encoder and it isn't enough to stop motor commutation. I've tried tuning the observer gain, but so far I haven't been able to get better tracking than what is depicted in the image below.

I'm running this on an STM32F0 microcontroller, and using the DRV8323 for mosfet gate driving and current shunt amplification.

It seems to me that the observer theta should be good enough to use for commutation, but in practice it is not. How should I approach solving this issue? 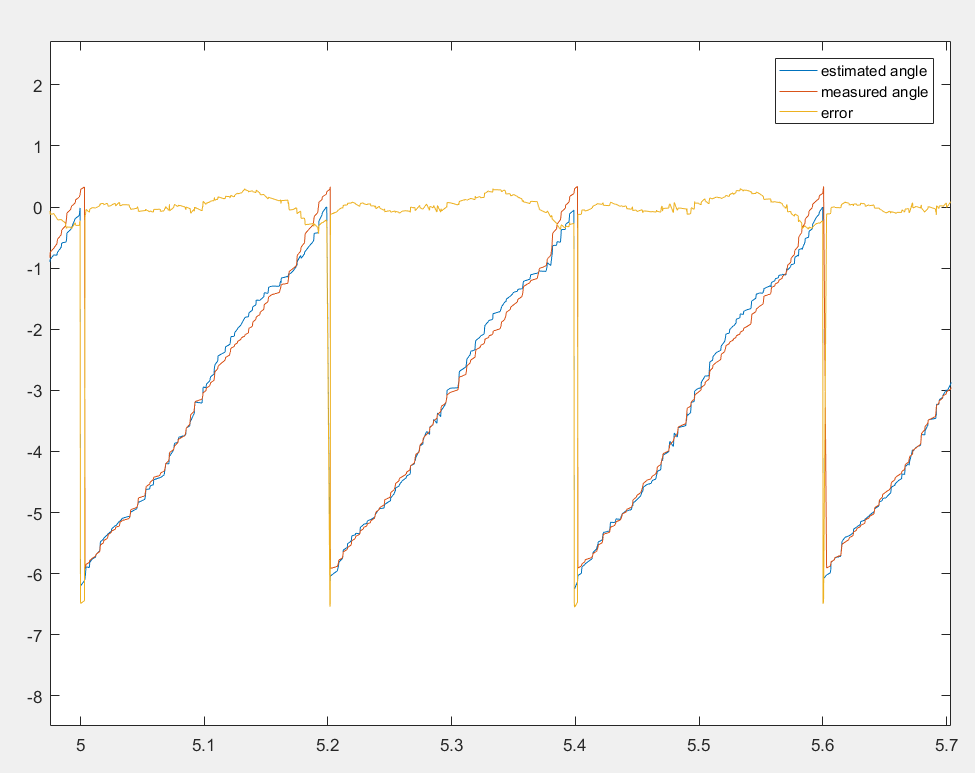 Edit: updated the plot with a slower motor speed for readability (motor speed is approximately 5Hz), and added error.

Browse other questions tagged control brushless-dc-motor motor-controller or ask your own question.