I am working for a while now on a small project of building an external mic for the iPhone to be hooked in parallel to headphones (via the 3.5 mm jack). Basically, I want to replace the iPhone's original headset microphone with another microphone, but still use the headphones to listen.

Below is an image of the prototype structure (based on 2 existing products, but it is actually not working; probably due to impedance issue): 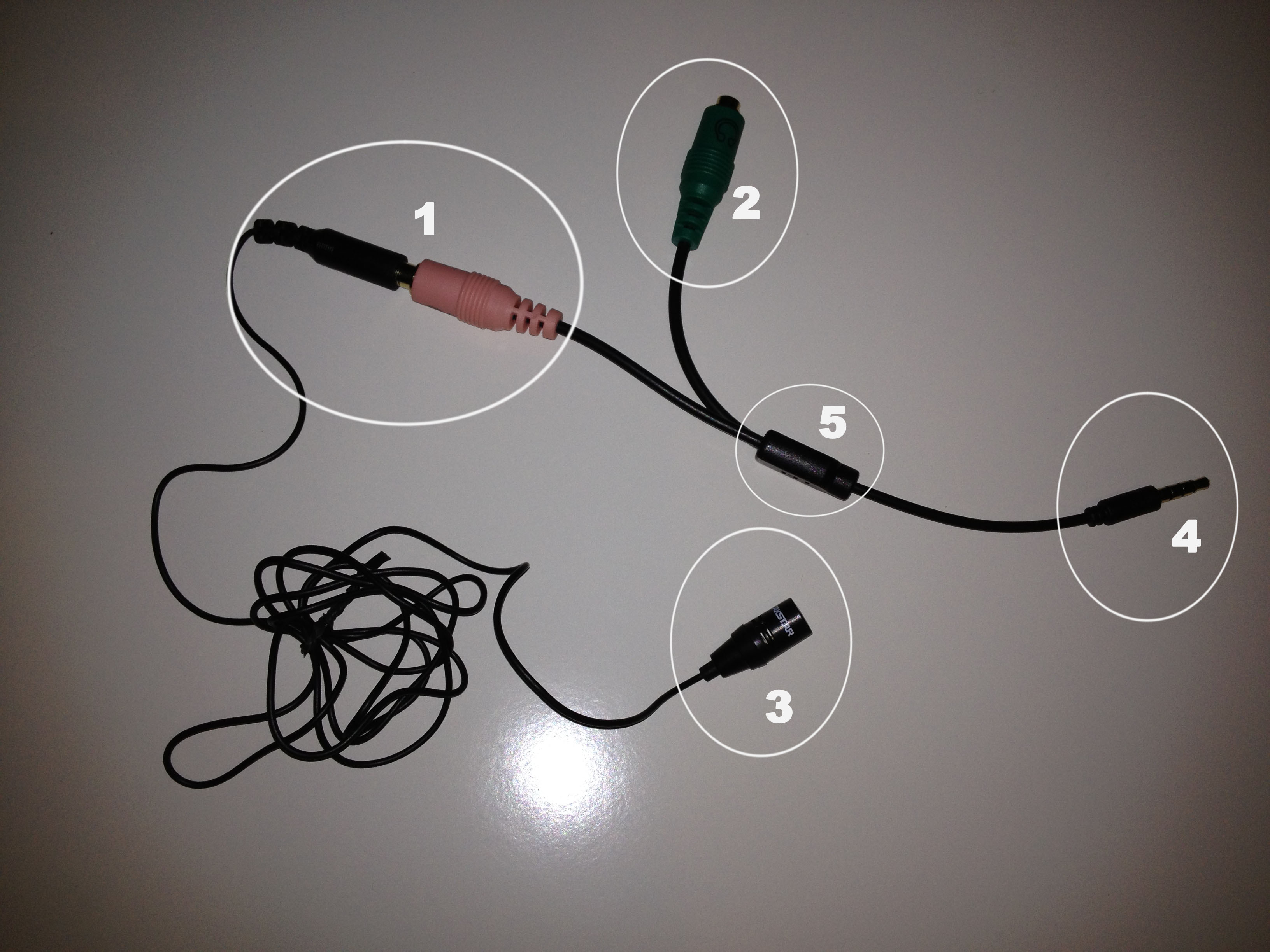 Some clarifications on the image:

I would like to focus my question on the electrical aspects of my project for now. Known data I gathered so far (please feel free to correct any mistake you identify):

This is the data I can share with you after having run my own set of experiments and having search (extensively) through the Web for other people's real hands-on tests. I have discarded / omitted the data which I have been unable to reproduce:

I've had a bit of a go at answering the wiring part with a resistor. 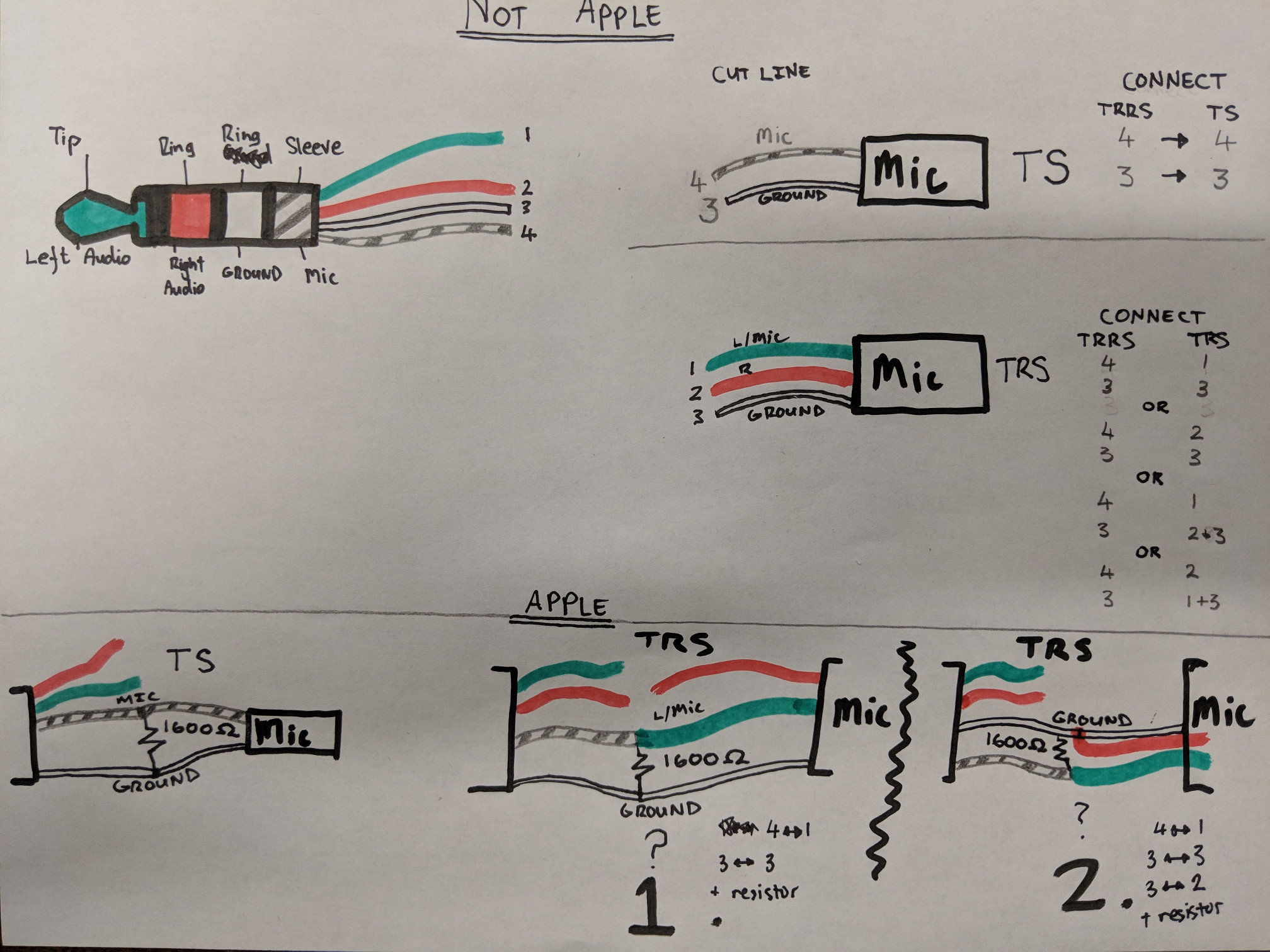 I don't have an iPhone, so these are guesses:

What type of mic are you using? The headset mic is probably an electret mic, and the 1.5V is used to power it. An electret will look high impedance to the mic input, as opposed to e.g. a dynamic mic.
I would guess the bias resistor (internal to the iPhone) is probably about 1kΩ (this interesting paper says 640Ω)
You may be able to test what impedance it detects at by connecting a pot/resistor in place of the mic (from mic wire to ground) Vary the value from 500Ω upwards until it detects a mic, then note the value.

The 1.5V is probably only present on the mic wire (relative to ground wire), unless the headphones do something "special". You can test this easily with a multimeter.

The current for the mic is likely to be pretty small, less than a mA. The headphones will probably be around 20 - 40mW.

Make sure you are connecting to the correct wires - IIRC the sheath is not ground on the iPhone jack.

Not the answer you're looking for? Browse other questions tagged impedance iphone microphone or ask your own question.

4
How could you detect a microphone attached to a smartphone?
9
Designing a cable for bidirectional communication between 2 iphones via TRRS (headphone jack)
1
How to mix High-Z and Low-Z audio signals? (Sum should be High-Z)
4
passive high pass filter to iphone mic jack
14
Digital data coming out of a cell phone headset mic?
0
Electret microphone into iMac 3.5mm TRRS headphone jack amplification
2
Line Level to Mic Pad Working Randomly With Phones
3
High pass filter for electret mic to mobile phone
0
Creating a custom TRRS splitter for headphones and mic; how to handle the mic's TRS jack?