How do I re-wire my Airstream Fusebox so as to follow best practices?

I was not sure if this was better suited for Automotive Stack Exchange, but here goes. I'm tying to redo the fuse panel in my Airstream and I have some questions about the best way to wire it. The current panel is wired like this. 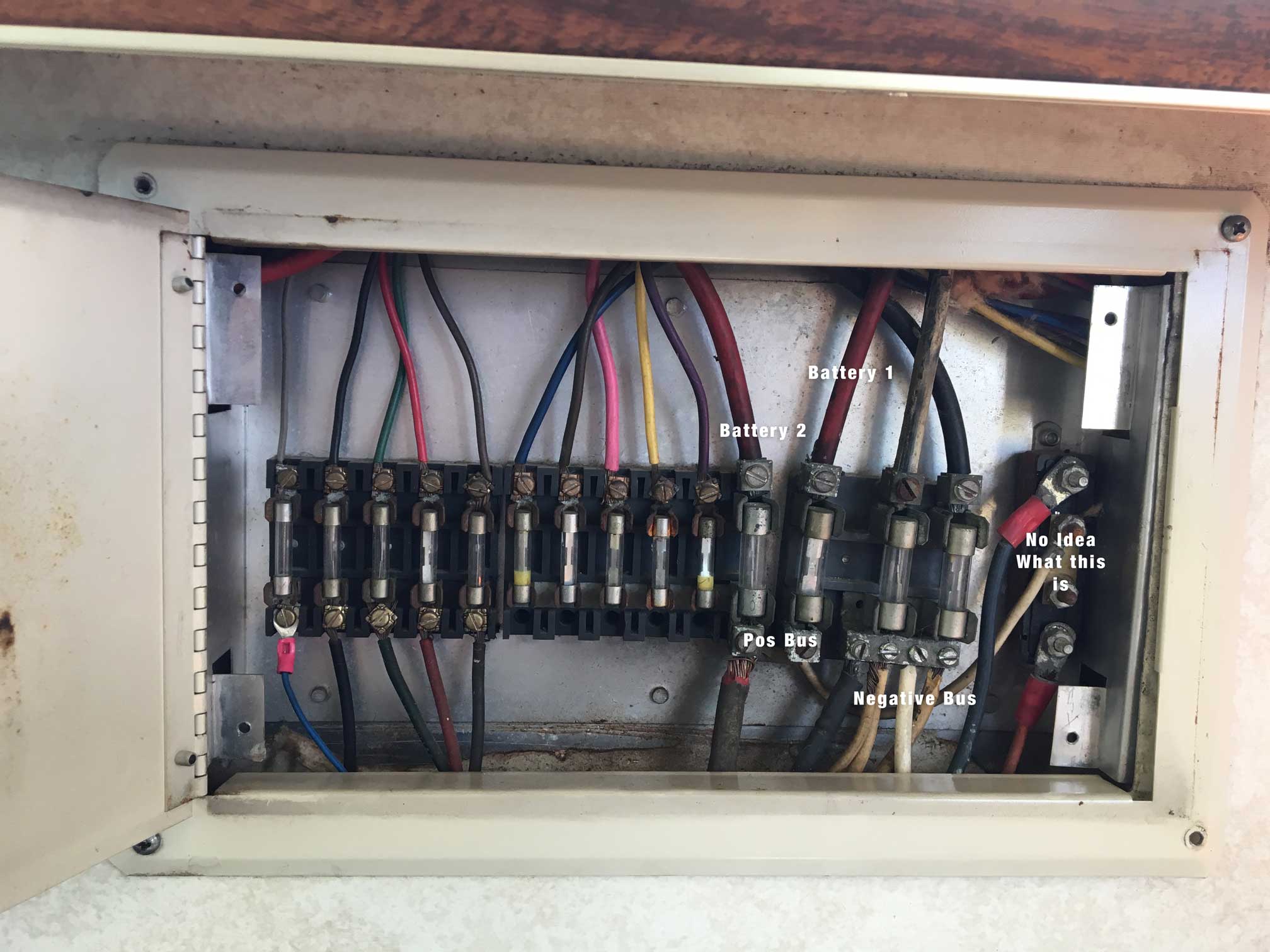 The system has two batteries that are connected in parallel, and fused across each battery. Currently there is no off switch other than to disconnect the battery. I'm looking to replace with modern components like this fuse block but also potentially ad a duel battery switch like this one. My question is this, what is my optimal setup, if the batteries are matching batteries, do I need to fuse them both, and do i need to do that on both the negative and the positive side like the current configuration?

The three configurations I envisioned are below, not sure what is overkill. Also, thought on using ANL, vs Maxi, VS AGO fuses for the bigger fuses ? the ANL fuses take up allot of space and as you can see from the photo space is limited.

Your photo suggests one of two possibilities - either:

My guess is that it's probably a combination of both of the above, since it's only necessary to isolate one side of the battery. Your chosen selector switch looks fine, and includes a position that isolates the +ve leg of both batteries, so that's taken care of.

You only need to fuse one side of the circuit. Your first diagram looks Ok, with a couple of changes: I would fuse the positive battery supplies not negative, as that's usually simpler re wiring, and more consistent with what the next owner would expect.

I tend to be overly cautious with these high-current sources - I'd fuse each battery positive separately, and before the selector switch. That would protect against one battery undergoing some form of internal mechanical failure and going low resistance when connected in dual mode. This could happen with older batteries, but very unlikely with modern ones.

And if every circuit is properly fused, the battery fuses are really just protecting against an accident with a screwdriver or similar, when working on this panel.

Not the answer you're looking for? Browse other questions tagged automotive fuses solar-charge-controller or ask your own question.

25
Fuses: What are the practical differences between Ceramic and Glass cartridge fuses
2
Fuse rating and safety
5
Small step down transformer fuse, primary or secondary?
0
Remotely monitor condition of fuse
0
Automotive fuses directly on PCB
1
Do I need to fuse batteries in parallel?
0
Van with Solar power but no auxillary battery and only on sunny days. Do I need switches and isolators?
0
Charging 4 x 12V lead acid battery with solar in series or parallel?
0
How to choose the correct fuse in a double paralled battery supply system?