I have been working with SD Cards and micro SD Cards for a while.

I am using Part1_Physical_Layer_Simplified_Specification_Ver6.00 for reference.

I am able to do successful card initialization, read and write for other micro SDs like ATP 8GB SLC, Panasonic 8GB SLC etc. However when I am using Delkin 16 GB SLC (and also Swissbit 8GB SLC), although I am successful in card initialization and write, when I am trying to read then I am not getting start block token 0xFE and there are around 512 Bytes of junk data before it becomes normal again.

The pattern is as follows (using the Beagle SPI analyzer):

After writing the following (only the first 24 bytes are shown, but the pattern is the same): 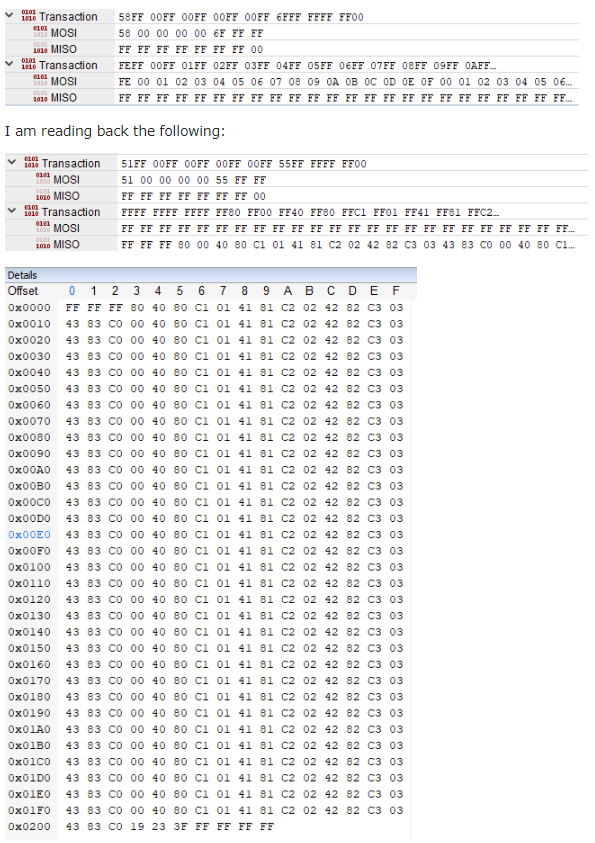 If I am writing 0xA0. Please refer to the following image: 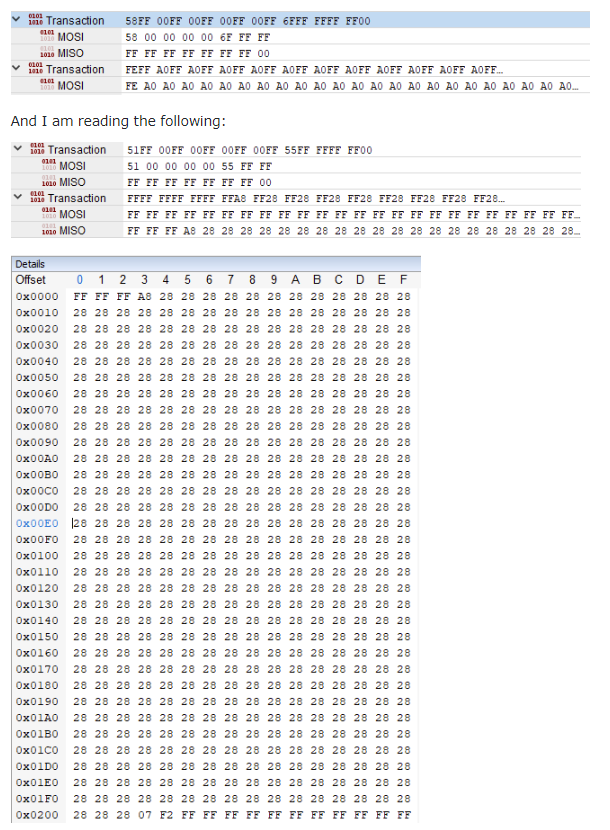 I am verifying the data is written successfully using the SD Card reader with HxD hex viewer.

For the first case: 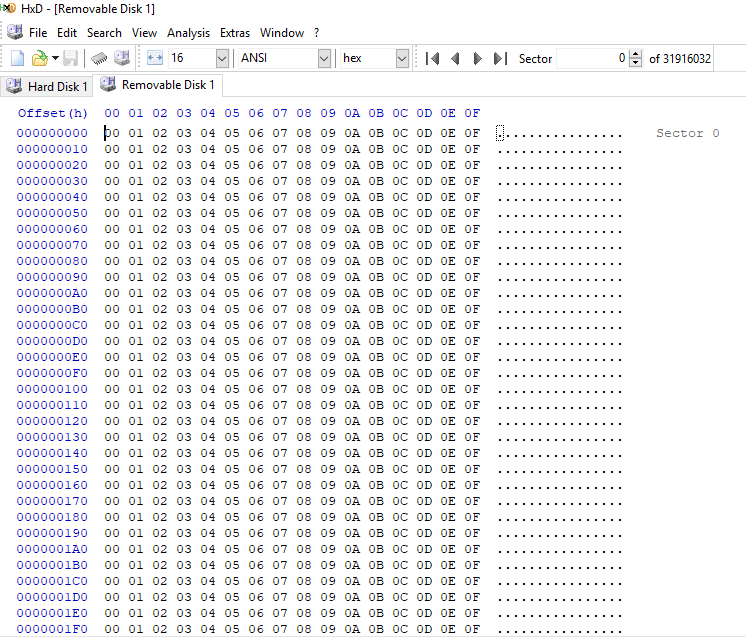 For the second case: 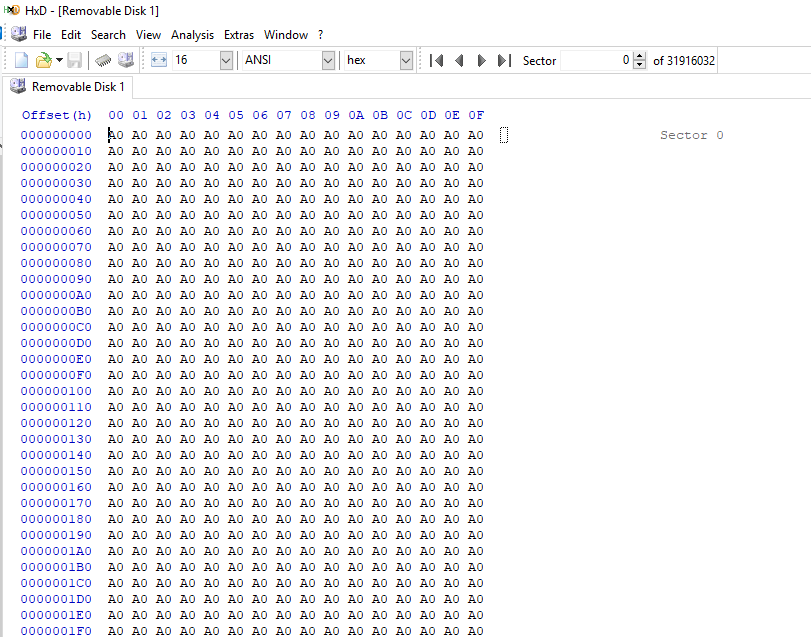 It doesn't seem like the voltage to SD card is varying, as I checked it on the oscilloscope and it remains 3.3 volts during the read.

I am using F28377s Launchpad from TI as the microcontroller.

I would like to get the inputs from you. What exactly can I try to fix this problem?

Edit2: Please look at the oscilloscope images below (i have changed the clock frequency to 225 KHz): 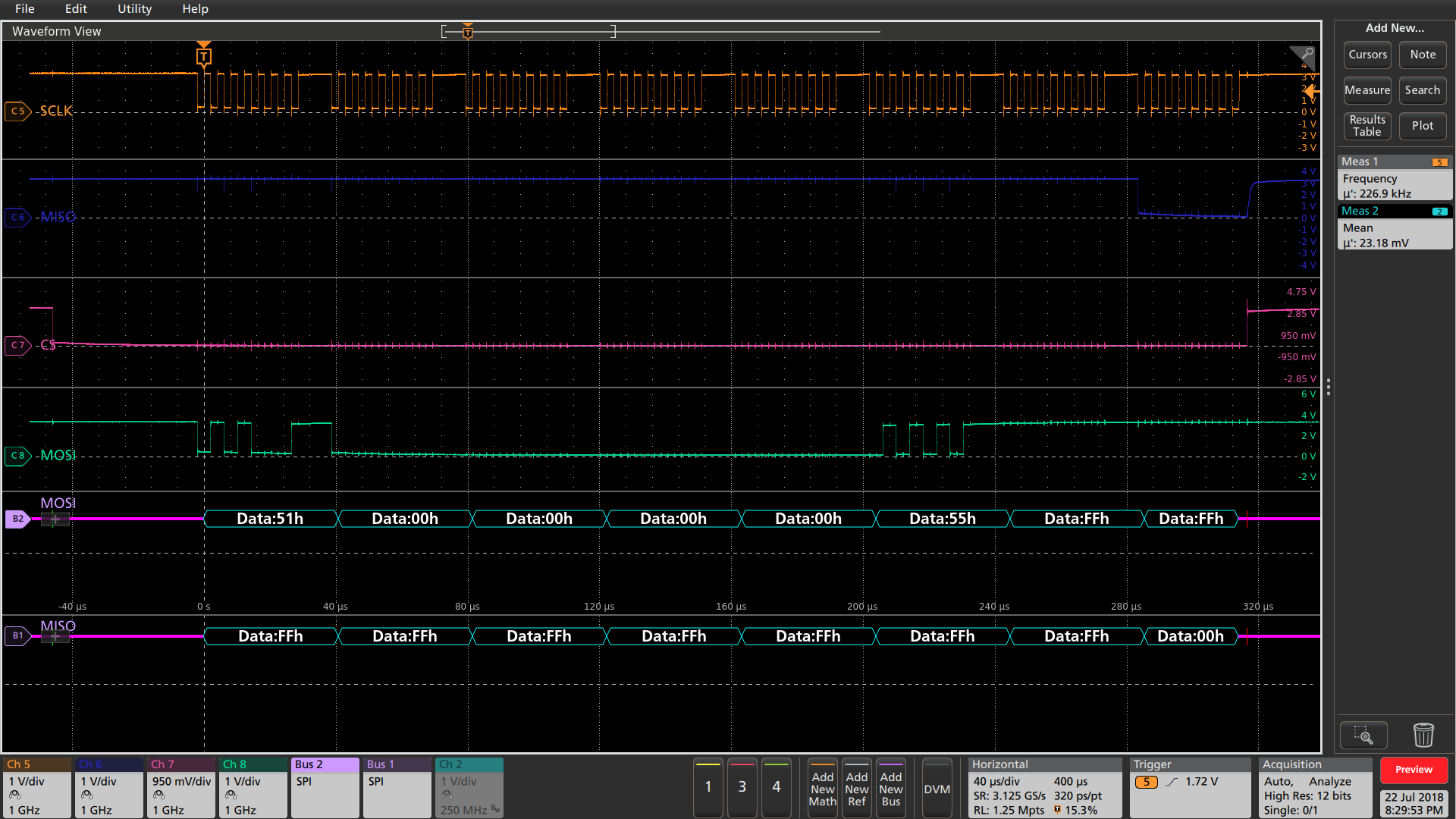 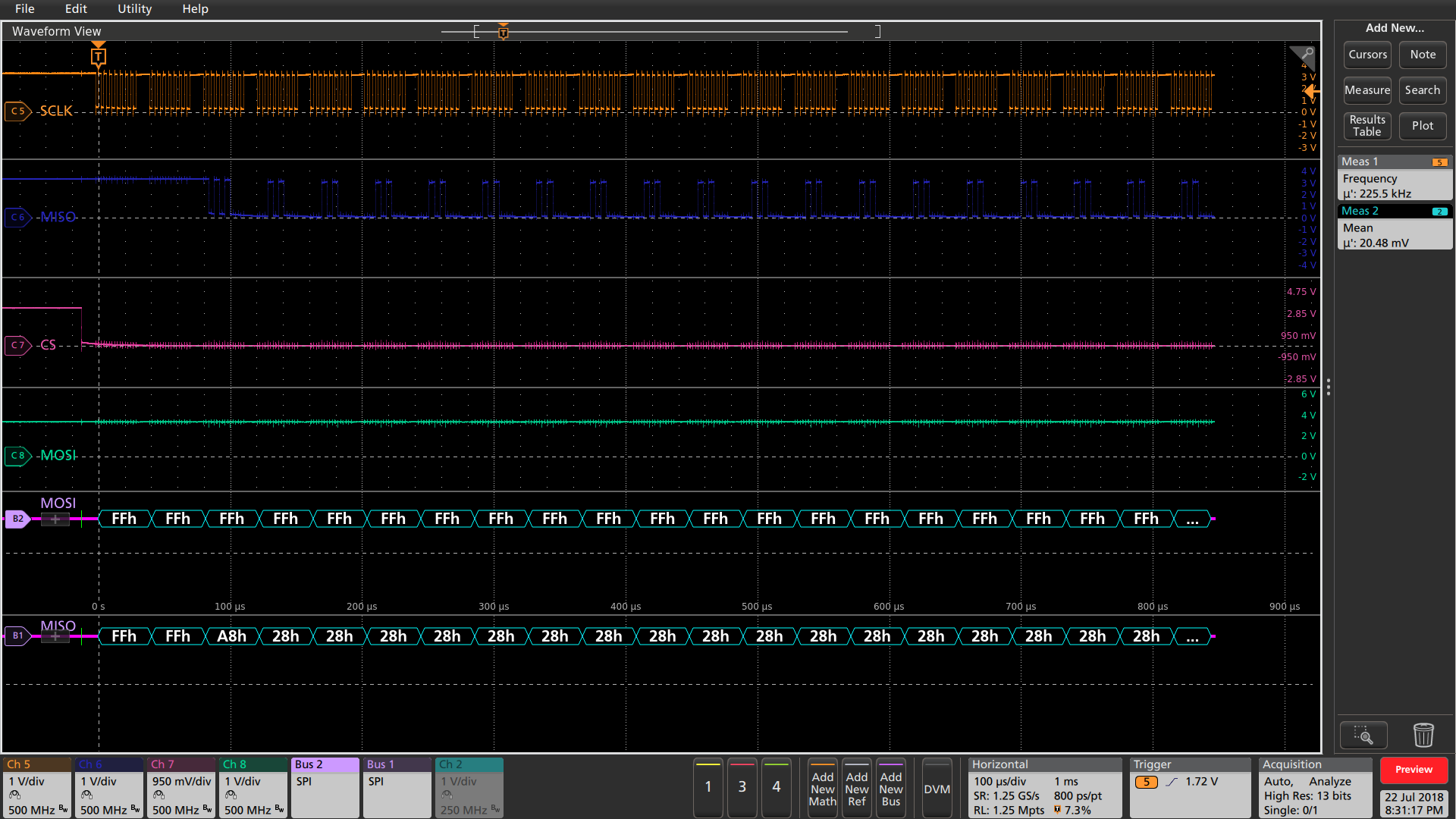 I think you should have noticed the pattern:

shifting this sequence two bits right you get

So exactly the sequence you have. You have added two spare bits into the stream, and bytes got misaligned. Why? Without exact diagrams showing the clock it is not possible to say. Most probably you have issues with clock or data synchronization to it.

This misalignment may happen in either write or read - so it may appear that you write wrong sequence because your write command has bytes misaligned, and then read that wrong sequence back (of course), or it could be purely read command issue. The conclusion that you must check what SD-card has actually written to it - using another functioning device (e.g. PC dumping you card to the file and checking the image) - before going into debugging read or write command execution.

Edit: looking to the scope diagrams I see/recommend the following:

Be very cautious when deselecting the card - your images show that you issue command to the card, deselect it raising CS high, and then reselect it continuosuly sending 0xFFs to the card. Seems card does not understand that, and sends 0x28s back, which are actually 0x05 - "invalid command" R1 response shifted. There're only specific circumstances when you may deselect the card, it is explained in simplified SD specification, and follows very specific protocol:

Also, your comment 2, is it required for all the commands? Currently, I have only applied your suggestion to Read Command.

Spare cycles, while will take some time, will ensure card has properly completed/cancelled the previous operation, and gets ready for next one. So I recommend you to implement it for all commands if possible.

Not the answer you're looking for? Browse other questions tagged microcontroller spi embedded sd or ask your own question.