How do I understand the effect when the load current is over the inductor's saturation current?

Got a question about the effect after the current over the saturation current in a buck DC-DC regulator. I'm thinking of a theory that due to the fact that the inductance will be downgraded if Isat was reached and exceeded, and by the equation V=Ldi/dt, since the V is kept the same(assume Vout is in steady state? not sure why....), and L is now degraded, so (di/dt) is increased, and that's why we can see a ramp up in the current waveform (at the end of a cycle), instead of a linearly go up current in normal operation. Not sure if my understanding is correct, but I need a more intuition explanation to explain why the inductor would act like a wire(or something else?) after the current exceeds Isat, and chances are that it will damage the component (inductor or the MOS?). Can someone help me on this with some fundamental equations? Thanks a lot!

In my view before "messing" with any formulas I would just explain inductor saturation in a switched converter as follows:

So now what happens if the inductor saturates. Saturation simply means that the inductor's core cannot store more flux (magnetic energy) than it already has. If you charge it more (longer) it will not store the energy.

Normally an inductor resists current changes as the buildup of flux also generates a back EMF resisting the change. This is the reason that explains why if you apply a constant voltage across an inductor, the current will increase linearly.

But when saturated the flux is already at maximum so it cannot increase therefore no back EMF is generated, the current increase is not controlled/worked against by the back EMF. The inductor behaves as a short (or more precise: it's series resistance).

The inductor behaving as a short means that the charging current in the switched converter will increase beyond what it is supposed to be. Under normal operation (inductor not saturated) the inductor limits the current. When the inductor is saturated it no longer limits the current. So having overcurrent protection in place is essential (unless the design relies on series resistances but that would result in loss of efficiency under normal operation).

So a switched converter without overcurrent protection at the input might damage itself when the inductor saturates.

When the inductor saturates not enough energy can be delivered to the output so the output voltage will drop.

Depending on the design a switched converter might "do the best it can" and will try to deliver as much energy to the output as it can while constantly hitting the overcurrent protection at the input.Other switched converters might just switch off (overload protection).

Magnetic cores gradually saturate; some faster than others. In other words, their magnetic permeability lowers as the magnitude of the current increases: - 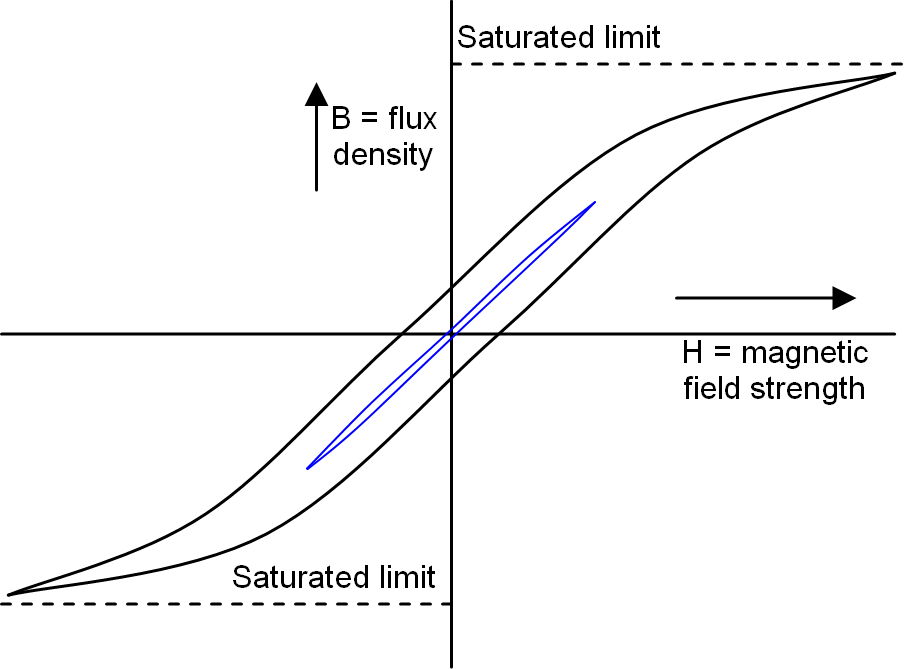 This effect is hardly noticeable at low current magnitudes (the blue curve) but as current and wound turns increase to form a bigger H field, the saturation is more clearly seen. There are also magnetic hysteresis losses that rise as current magnitude increases but these are different to the reduction in permeability (the slope of the BH curve).

If permeability (\$\mu\$) lowers then so does inductance: - 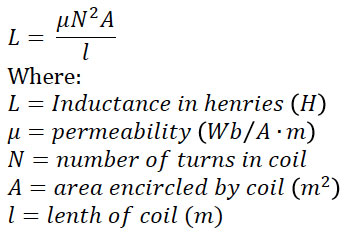 As to why the permeability reduces with a rising current is down to the magnetic domains in the magnetic material - there is only so much twisting and turning they can do. Once they have aligned as per the left hand picture below there's no more room for further alignment: -

Not the answer you're looking for? Browse other questions tagged switch-mode-power-supply power-electronics inductor buck or ask your own question.